A Criminal Past is the latest story DLC for the Deus Ex: Mankind Divided game that takes us back to Jensen's past. 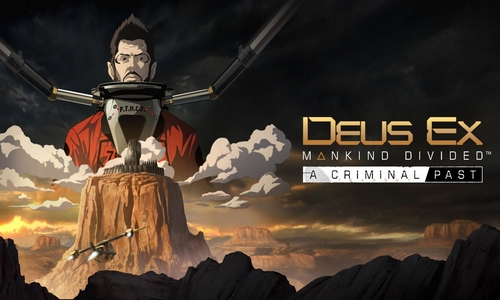 The DLC takes place several months before the events of Mankind Divided. Following certain information relating to a possible attack, Jensen is sent undercover as a prisoner in one of the largest ultra-secure prisons for augmented people in the world in order to find information on them. Jensen therefore finds himself as a prisoner, without any support, and he will have to fend for himself to find information and disentangle the true from the false. 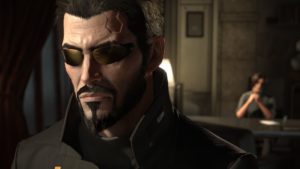 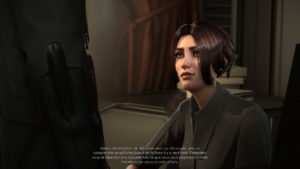 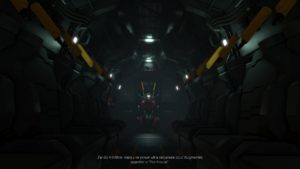 It's hard to say more without spoiling the storyline. I will just say that the story may seem basic at first, but is more complex than it seems. If you take the time to explore everything, it is possible to unveil new details that can lead to several endings of the story. During the adventure, some side quests will also be available, but also points of interest linked to the main quest, which can also enlighten us and make the story evolve in a whole new direction.

The scenario, even without changing drastically, offers many choices during the adventure, making your progress easier or, on the contrary, more difficult. The game also offers several possible endings, which will depend on your choices during the adventure, but also on what you have (or not) learned and / or discovered while walking through the prison and talking to people.

In addition, unlike the first DLC, this one offers us a totally different adventure that has no connection with Mankind Divided. And it doesn't feel like a mission taken out of the game, as it could (alas) be the case with the first DLC.

The base gameplay does not change compared to the rest of the game. However, one thing can change absolutely everything: the biopuce. 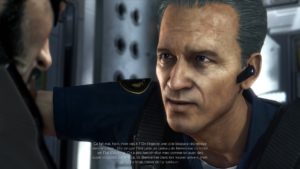 The biochip is injected into Jensen as soon as he arrives and blocks all of his increases. So, there are two possible axes for this DLC: find a way to deactivate the biochip (and thus be able to use the augmentations) or leave it active.

Make the DLC without increase is very complicated, because no augmentation is usable. So forget about big jumps, vision, radar, hacks, etc. It will be necessary to make old fashioned infiltration relying only on your skills of observation and discretion, which is not easy in an ultra-secure prison teeming with guards, cameras, turrets and other surveillance drones. 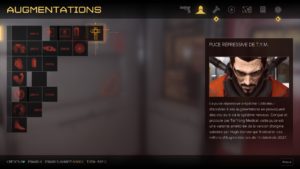 Of course, if you want to find your increases, there are several ways during the adventure, related to both the main quest and side quests. The DLC becomes much easier with increases, even a little too easy for my taste. We realize that the DLC was designed to be done without increases, so that when you have them, there are so many possibilities that it becomes extremely easy to go to secure places, to avoid them. guards and cameras, hack into computers, get passwords, etc.

Depending on the method you have chosen to collect your increases, you will still have some inconvenience. Indeed, the longer you use an activatable augmentation (camouflage, vision, noise reduction, etc.), the more unwanted side effects you will experience, such as blurred vision. 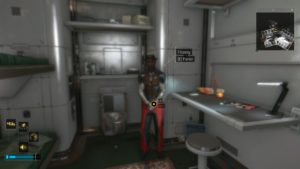 Additionally, if you choose to collect your raises, you have two choices: 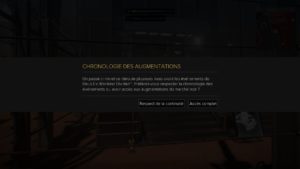 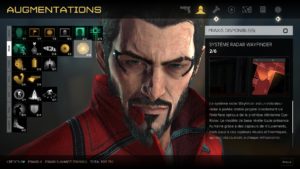 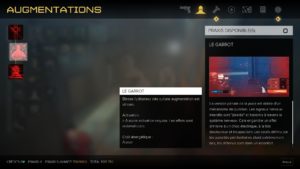 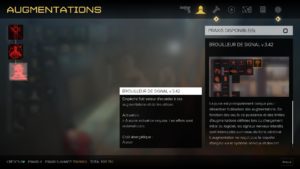 Thanks to this, the game offers good replayability. I did the DLC twice, once with the augments and once without. I did my first game without a raise (and without killing anyone, pacifist at heart!) And I took about ten hours to complete it. My second part, with the hacking (still without killing anyone), it was much faster, not because I already knew the way, but mainly because I didn't have to take X detours or wait for the good time to switch between two cameras or turrets. A little walk in an office, a quick hack and presto, no problem to get everywhere, without fear. Or, go through dangerous areas of the electrified ground style, hack the opening of a door, etc.

This DLC is really excellent. For my part, I really loved it and I was won over. The lifespan is correct (around ten hours the first time, without increases and at 100%) and the replayability is good enough, if only to make the adventure with and without increases, and is even more consistent if you try the different endings.

The game is sold at a price of € 11,99 which is a bit expensive I find, but still worth it. If you have the Season Pass, it is automatically included.

Far Cry Primal - How to Adopt a White Wolf