Absolver - From the grueling brawl 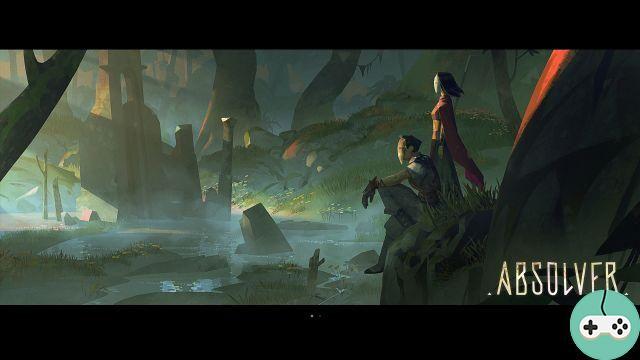 In the world of fighting games, finally 99% of the time we find fairly arcade games, easy to learn, even if the technicality comes over the games. With Absolver, forget everything you know about this type of game. Here, we could almost speak of simulation as the game is so complex to learn.

In Absolver, we are in the shoes of an apprentice fighter, in an open world. This is certainly a will of the developers, but don't expect a full and detailed story, it's very quiet (the characters don't or little talk) and the rare elements of lore you encounter don't really learn much. It's very confusing and quite frustrating, because I always attach a lot of importance to the story, and now I don't really understand what I'm doing here.

So I start the journey, understanding the first basic controls and the time for the first fight strikes. The action buttons are ultimately not that many: strike, guard, dodge, combo. A button to target the opponent and another to change target. This is the main thing to know. It sounds simple, but believe me, it is far from it. Indeed, we can add to that the right stick, allowing to change posture and thus attack. The challenge will be to deal with your combos by playing with the postures. And that really complicates things! 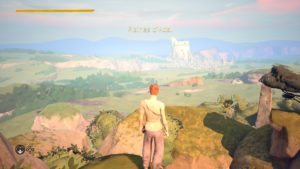 When creating the character, it is possible to choose between several fighting styles. 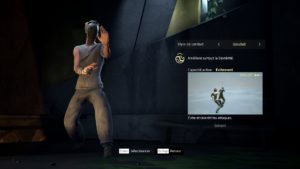 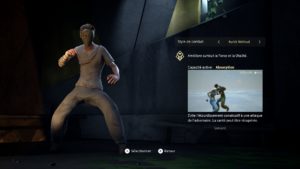 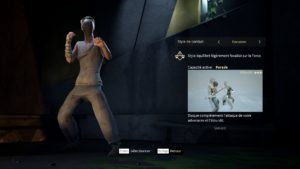 Then, you will have to compose your "deck". A bit like a card game, you can compose your style of play by adding and removing techniques that you can use according to the character's posture and thus taking advantage of this system of combos.

A very rich, even complex system. But which nevertheless offers very good ideas. To unlock new techniques, it will suffice to "undergo" them a certain number of times. Once learned, they can be used in the character's deck. A simple principle, but rather well thought out, pushing the search for more powerful fighters to improve.

However, this deck system would have deserved some in-game explanation. Quite confusing, a tutorial would have been quite useful, to at least lay the foundations and explain what is possible. 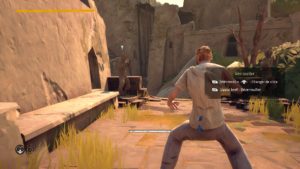 You are going to shit, little beetle!

No (or little) history, basic objective (to face a dozen special enemies), Absolver can quickly turn out to be very repetitive and boring. The heart of the game ultimately consists of successions of fights, to perfect its style and be able to defeat more powerful enemies. But learning is long and tedious. Each encounter can be very frustrating, falling on enemies much more powerful and evolved, and therefore taking a monumental beating. So, of course, this can allow you to learn new techniques, which allows you to put things into perspective. But it is better to have a rather advanced management of failure.

The worst remains the clashes with several enemies. Meetings are already complicated 1 on 1. When it comes to fighting even two enemies, things take a turn for the worse. Poorly thought out targeting system and overly powerful enemies add a huge layer of frustration.

Fortunately, death is not really punitive. We thus find ourselves at a checkpoint, allowing to continue the journey. 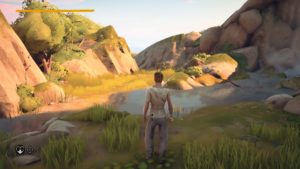 After a few hours of playing, I can say one thing: I won't play it again, that's for sure. However, that clearly does not mean that it is a bad game, far from it. The artistic direction, simple but very neat, the special atmosphere, Absolver has many assets.

But its ultra demanding gameplay (and its few small flaws) make it a very divisive game, which will not suit everyone. If like me you are looking above all for a game without too much fuss, easy to learn, go your way, you will inevitably be disappointed.

But on the other hand, if you like games that require a minimum of thought and investment, you can go for it, Absolver will keep all its promises.

Add a comment from Absolver - From the grueling brawl