Having never heard of this game, I left without any apprehension on this title which looked cute. Get on board, fasten your seat belts, and let's take off together with AIRHEART.

The game is pleasing to the eye without being revolutionary either. As a color blind person, I have a little trouble distinguishing certain elements of the decor from the flying fish that we find. Although not the most important, I think a "color blind" mode should not be superfluous.

The map, a little empty for my taste, gives a perfect view of the area below you, which will help you on your descent. Descent which is quite well set up and still pleasant to see. 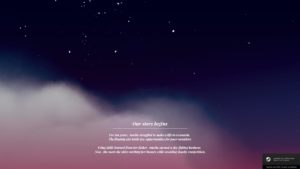 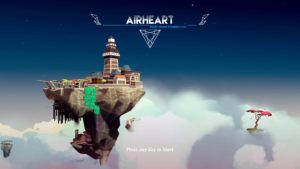 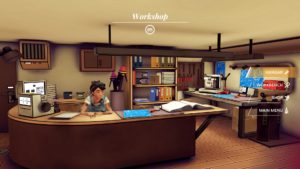 The game does not bother with history, you have a starting pitch and then ... we let you stand on your own two feet.

The first big negative point is that we are thrown into the bath without ANY explanation. We find ourselves groping, flying away, and not really knowing what we are picking up, or why we are picking it up ...

As Rogue-Like in all his glory, you'll have to farm tirelessly for cash and bits of metal. It can seem really off-putting, and after some sessions where you will have to return, to come back to the same place, after boosting your device. 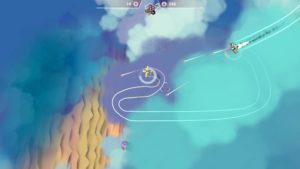 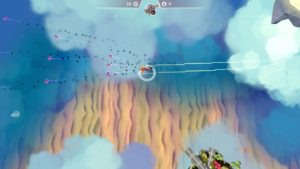 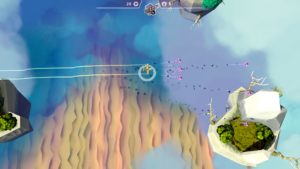 The weapon in question also gives you a little jerk that will make you either slow down when firing in front of you, accelerate when firing behind you, or deflect when firing from the side. A simple trick remains to use a weapon with rapid rate of fire while shooting behind you. This allows you to dodge the missiles that follow you, destroy your pursuers, and speed through the map.

Different types of enemies will chase you through the skies, with different weapons, but still very easy to dodge, either by going in circles or by speeding up with your weapon. In any case, the combat part becomes quite simple, even too simple. Otherwise, the fights are tedious and often to your disadvantage against hordes of planes that can assault you from anywhere past the third level. 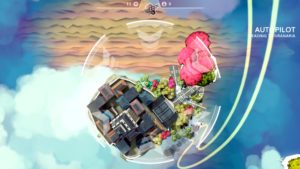 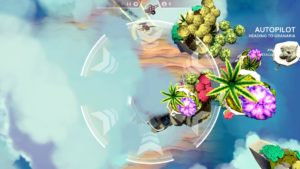 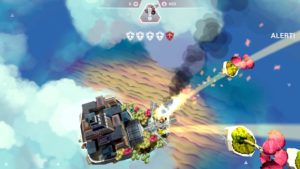 Moreover, when you want to return, and you have life in reserve, you go down with the possibility of turning along a wheel in order to avoid the obstacles in front of you. When you descend and have no more life, you dive down, the plane on fire, using the classic controls to avoid obstacles, and arrive on the landing pad. In this second case ... you will either end up in game over if you miss the platform, or you will only lose your cargo and "improved" parts of your plane. Which can be frustrating on a game that you just had after intensive farming. 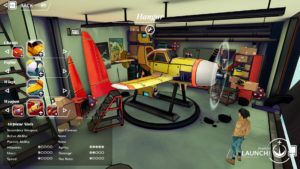 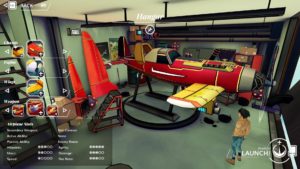 The chassis, the propellers, the wings, the armament increase: 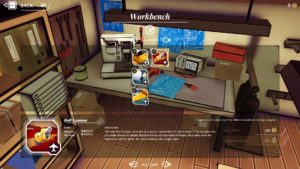 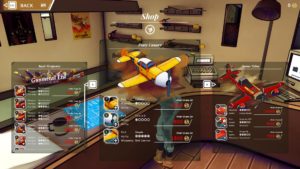 It also gives you some passive skills, such as a radar that shows you enemies on the map.

On this side either ... not much to say. The atmosphere is pleasant and very discreet, the weapons make a classic noise, although strange for some.

To put it simply, I would say that I found this game half-fig, half-grape. Between the non-existent story, the goal of the game which is to farm non-stop to climb the different levels of the map, without being really told why we are doing it ... I find that a little confusing. However, there are good ideas, and the game is not bad either. I think he should find his audience as long as you like the style. Remember that the game is currently in early access on Steam.

Note: The game does not support Azerty keyboards, I advise you to use the command (Alt + Shift) to switch to Qwerty. Otherwise, the gaming experience can be a bit difficult.

Add a comment from AIRHEART : Tales of Broken Wings