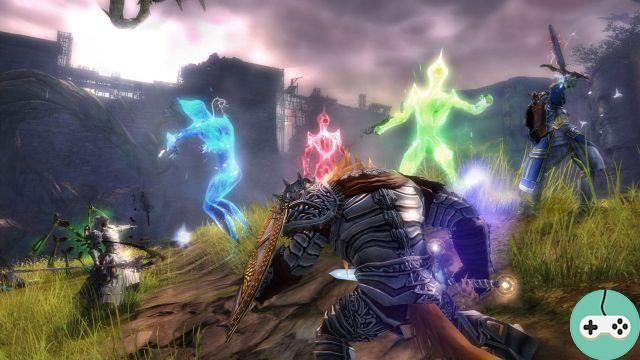 It's been a little over a week since the first raid wing was released on GW2. You will find in this post one of the strategies to beat the first boss of this wing, namely the guardian of the valley. 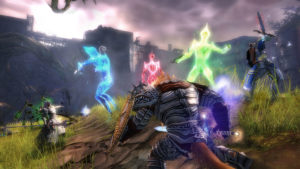 Before arriving at the guardian, you will have to face the mini-guardians each with a color. These colors are not trivial because they each represent a specific mechanic that you will find during the boss that follows after. Thing to know, if you are more than 1500 meters when you attack one of the mini-bosses (represented by the red circle) you will undergo significant periodic damage. The other aspect to take into account is that as soon as they are about to die, a defiance bar activates. You will have to destroy to complete the mini-keeper.

Let's start with the simplest, this goalkeeper will make blue areas appear at the feet of the players. After a period of time, the areas "explode" dealing damage and teleporting players in their circle. Depending on your group, it is not easy to see these blue areas between melee players or the different spells cast (Wheel of the Mesmer, ...) but there is a fairly simple way which consists in listening to the game : As long as the skill is active, you can hear a fairly significant sound like a crackle.

This guardian has no other skills but stay alert because if he teleports you, you could bring the other mini-bosses into the fight which could be serious for your group.

This guardian has an invulnerability advantage that makes him immune to all damage (direct and damage). To make him vulnerable to damage, you'll need to take this advantage away from him with your spells. For example, you can use a sword spellman (spell 1) or even a necromancer (utility spell "Well of corruption"). Other professions can of course perform this task.

The second skill of this guard is that it makes a green zone appear which after a time will explode. To prevent this explosion from killing your entire party, 4 of your players will need to get inside. If so, the players present will take some damage but nothing insurmountable for a group of 10 players. Be careful not to go out before the explosion or you risk punishing your whole group.

A skill annexed to this boss is revealed by blue balls floating in the combat zone and which inflict little damage to the players. Above all, they confer invulnerability on the guard. Honestly, if you have people in your squad with short cooldown spells that can remove the boons, you can ignore the balls.

The Red Guardian is one of the most annoying because he is immune to direct damage and has a lot of health. Its main skill is to summon red zones called "snoopers" which will follow certain players and will inflict significant damage if they hit. These areas can be controlled and pushed back just like any moving enemy. It is useless on the other hand to kill them because the guard makes them reappear automatically.

Keeper of the valley

As said previously, the valley keeper uses the different mechanics of the 3 previous mini-keepers. Each of these mechanics has its own unique reload time:

Below you will find the composition of the boss arena. As you can imagine, each color will have its importance after phase 1. Note that having the "Survitaminated Mushrooms" mastery can be useful to you because mushrooms are placed under the colored pylons (gain in speed and reload time) .

Concerning the compositions of the group, a multitude is possible but it will be advisable to have in his group: 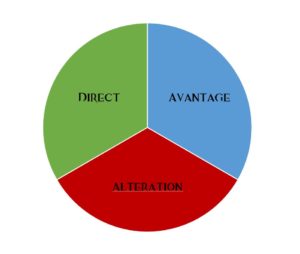 This phase will allow you to familiarize yourself with the different mechanics of the boss. To avoid the long cobbles, I will explain the boss's strategy according to your role. In addition, whatever your class, if you have spells to repel red balls you will have to use them because it is one of the spells inflicting significant damage.

Your principle will be to take damage from the boss. To avoid losing damage to your group, you must avoid moving the boss everywhere. To do this, the best is to place the boss near a post. In addition, you must ensure that the boss is owed to the raid because it sometimes inflicts damage on a large area in front of him (cleave).

Namely that the green zone only appears in the triangle where the boss is located. Since you don't move it, you won't have to move much.

In the event that a green zone appears near you, you must step aside so as not to make a combo with the blue zones, causing the death of your group.

Nothing could be simpler, you must send damage to the boss. Remember to stay behind his back to limit damage taking. Grabbing the mushroom from the pole will increase your movement speed and reload time for 15 seconds. Don't hesitate to abuse it.

The distant ones will have above all the role of taking care of the green zone. These players (4 at least) will have to place themselves in this area before it finishes charging. Remember to launch a healing zone after the trigger so as not to have any bad surprises with the Seekers. It is also easier for the remote ones to manage the browsers. Theoretically, if the tank does its job well you only have to push back the browsers arriving from the 2 distant pylons once.

At the end of this phase, the guardian becomes invulnerable and comes to stand in the center of the zone. Phase 2 will begin! 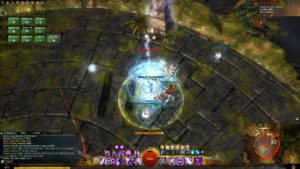 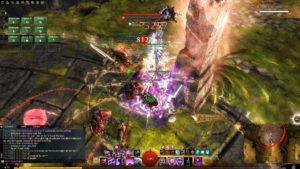 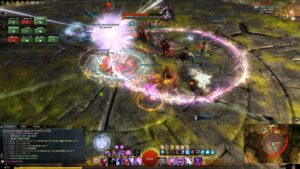 As soon as the guard enters P2, your group will also need to be placed in a fairly short time (around ten seconds). After a while you will gain an advantage of the color you are in. If you move out of the triangle of your color afterwards, you will take damage.

In each zone, a mini-keeper similar to the ones you have already beaten, appears in the zone of the same color. You have to beat them so that the boss loses his invulnerability in the center and goes into phase 3.

There are several ways to do this as well as several possible placements depending on your group. Here is an example!

This guardian is the fastest to fall and you will have to go help the green group after that.

The green goalkeeper is not difficult either, it will simply be necessary to avoid the blue areas in melee. It is best for the tank to place the keeper near the mushroom for automatic bonus gain.

With the support of the blue group, he will be the second goalkeeper to fall.

Composition of the group: 3 Ailments + 1 Healer

The red guardian being immune to direct damage, only the alteration players will be able to lower his life bar. The healer is there to reassemble the group because of the appearances of snoopers. Regarding the placement, it is better to stay together because you will only need a little pushback to manage the browsers.

In the majority of groups, he will be the last of the 3 goalies to fall. 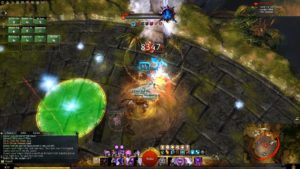 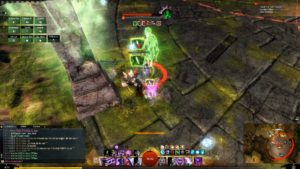 The combat is quite identical with phase 1 but the guardian has new abilities. The first is one of the most complicated to take in hand: the ban of one of the 3 zones of the Camembert (see below). You should know that this ban always starts with the green triangle and turns clockwise. This change occurs every 20 seconds. The red zone being always the safe zone at the beginning of the phase, it is better that your group is placed in this triangle for the beginning of the phase. It will then move into the green zone as soon as it is safe; then the blue area and so on. The second change is the passage of the keeper in a "ball". During this phase, he throws balls all over the arena. To avoid this, you will have to break your defiance bar as quickly as possible. 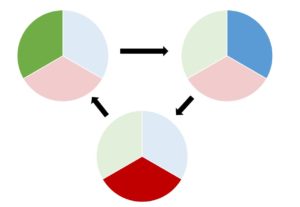 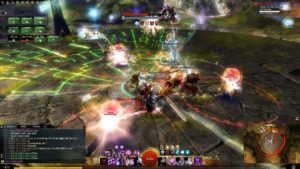 The strategies are essentially the same as for phase 1. Regarding the placement of the boss, it is preferable to place it towards the center to limit the movements of your group. The remote will still have to deal with green areas and browsers. Melee will have to pay attention to their movements during triangle changes (blue zone on green zone).

Phase 4 is exactly the same as Phase 2. Phase 5 is a copy of Phase 3 with two exceptions ready:

The strategy remains the same for the group except for the tank which will have to place the boss more towards the middle than towards the center to avoid taking too much damage from the snoop arriving from the middle. Boss Enrage comes to 8 minutes and increases Guardian damage by 200%. This is not an end in itself but you will have to act quickly if you get there. The mini-phase of the orbs does extremely damage to the party. 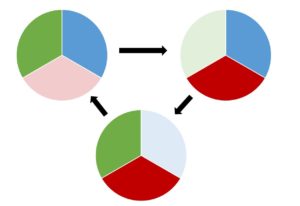 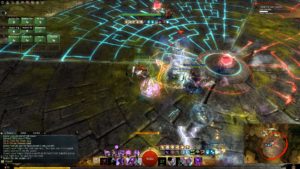 Add a comment from GW2 - Raid - Keeper of the Valley