After Ilum, Belsavis, Black Hole, Sector X and others, here is the last area of ​​daily quests: the CZ-198! This zone is currently on the test server. If you want to keep the surprise, avoid reading further? 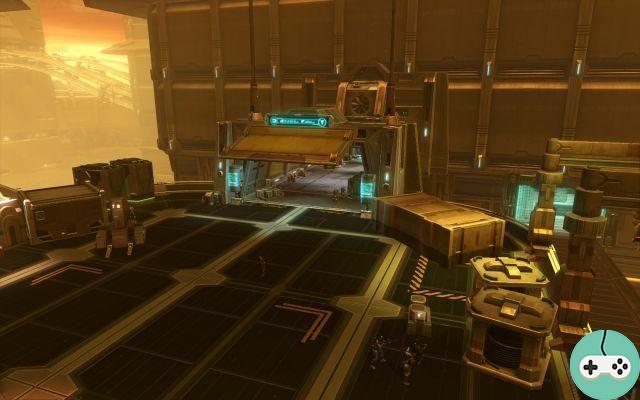 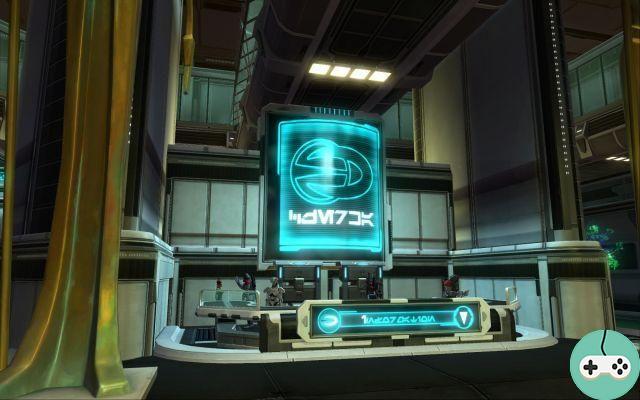 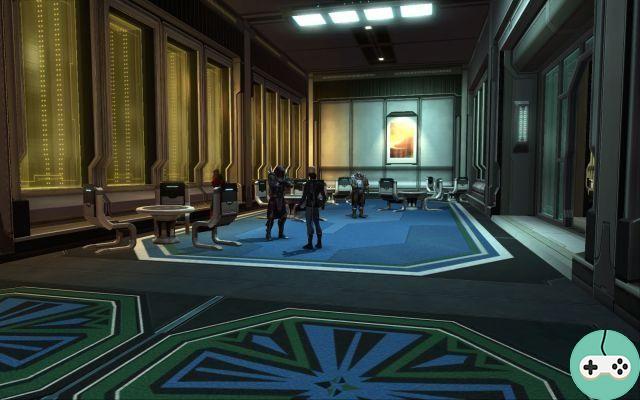 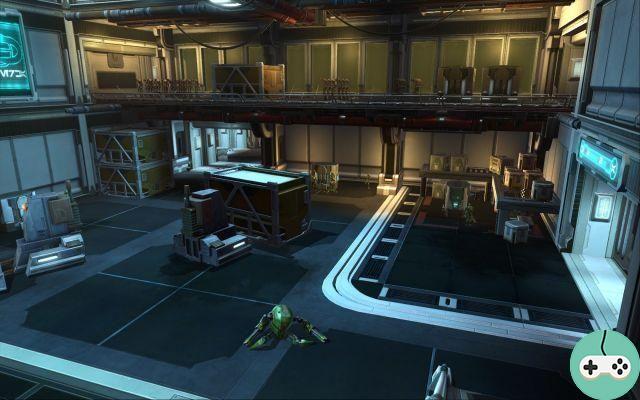 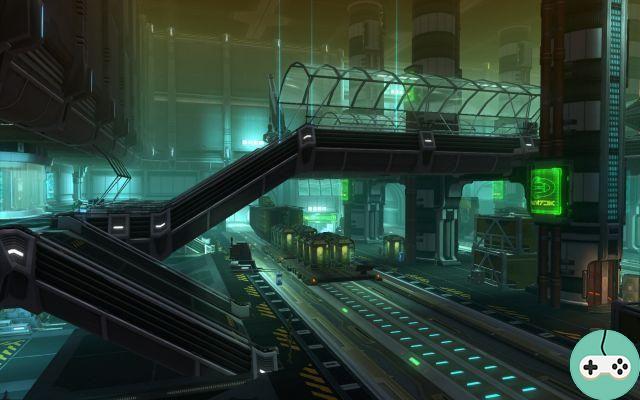 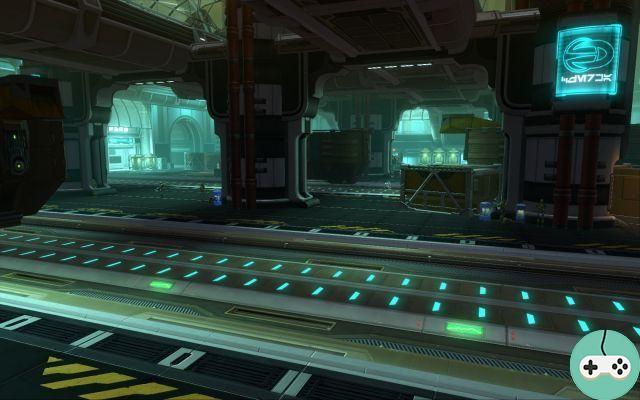 Once there, in addition to the 4 daily quests, you will have at your disposal 1 weekly quest and a main quest.

It is a great timeless classic, repeated relentlessness on enemies:

At the risk of exposing themselves to the fury of the Empire, the armed henchmen of the CZ-198 site decided to support their employer, Rasmus Blys. The Empire asks you to make an example of this.
Destroy Czerka forces on CZ 198

Your mission: Defeat the Czerka forces: 0/35

Here are the enemies you may encounter in the combat zone: 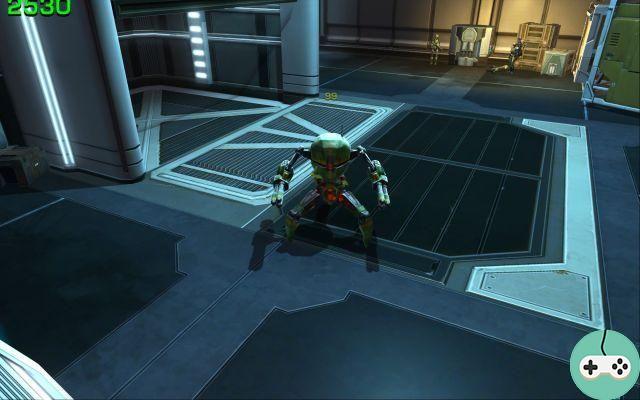 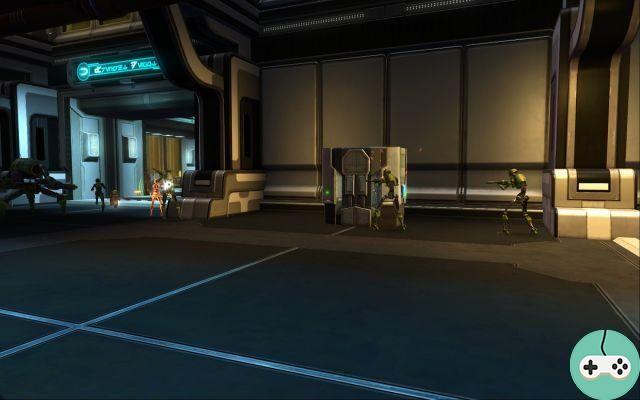 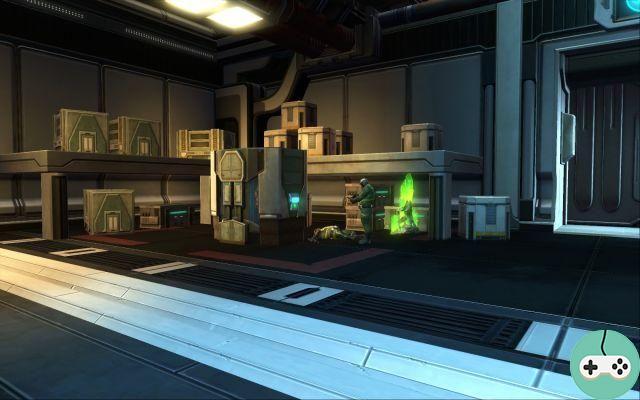 As quest rewards you get 8730 Credits, 2 Basic Honors, and a Premium Reputation Trophies (270)

Here is a small variation of the quest from above. Disable consoles on droid containers to disable them. Unfortunately, this will not work every time. Rip finger on the console and oops .... you've activated the droid!

Czerka has developed high-level battle droids, the ZX-10 line, but these cannot be reprogrammed for use by the Imperials. It would suffice to enter a special code on the droid storage module to destroy its contents; however, it is likely that some droids will prematurely break free from their mod and launch the attack.
Destroy the ZX-10 droids by sabotaging their containers. 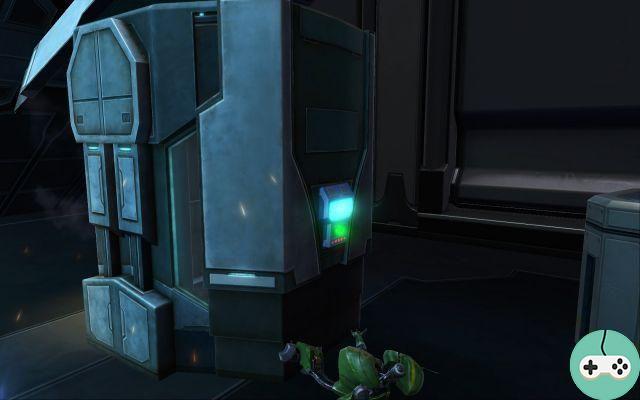 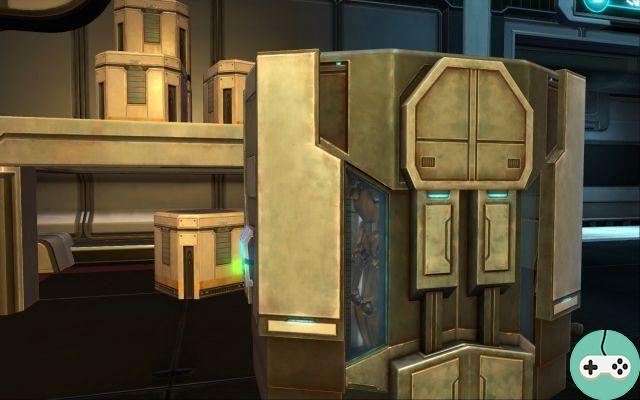 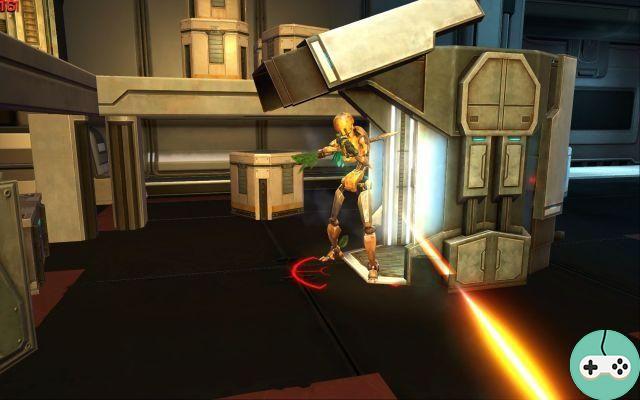 What's yours is mine

This quest takes place in the central part of CZ-198, accessible to both factions.

Czerka developed a potent biotoxin that would be of great benefit to the Empire's war efforts. The corporation has also developed an artificial substitute for the kolto, which must absolutely not fall into the hands of the Republic.
Destroy the kolto stores and collect the biotoxin samples you find in the supply area of ​​CZ-198. 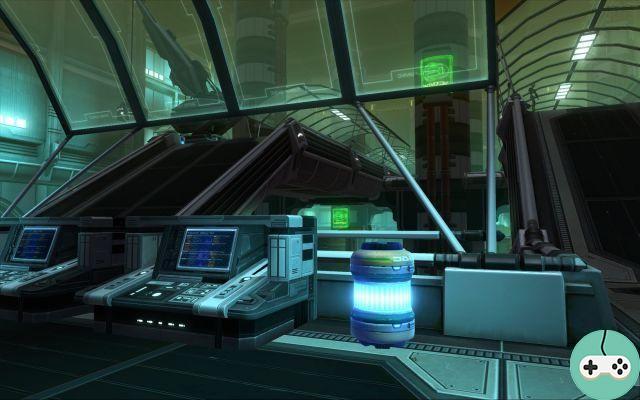 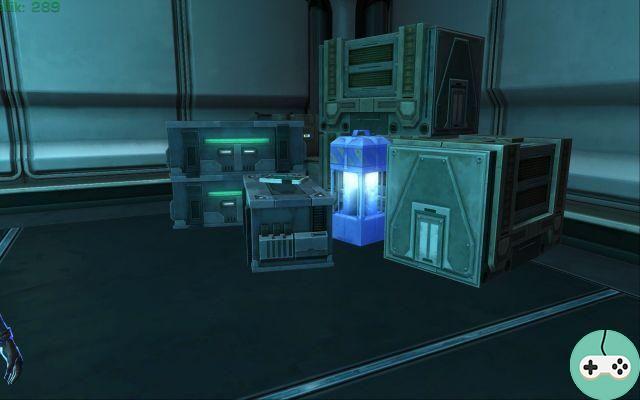 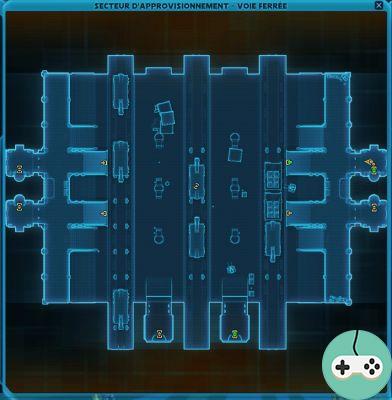 Here is the one and only quest that really stands out from the crowd.

Pressed to stop the Empire from getting their hands on their most valuable commodities, dedicated Czerka employees tried to get rid of an antitoxin designed to protect against their deadly havrap marrow biotoxin. The Empire needs to recover this antitoxin.
Make your way to the waste treatment center and try to collect the antitoxin. 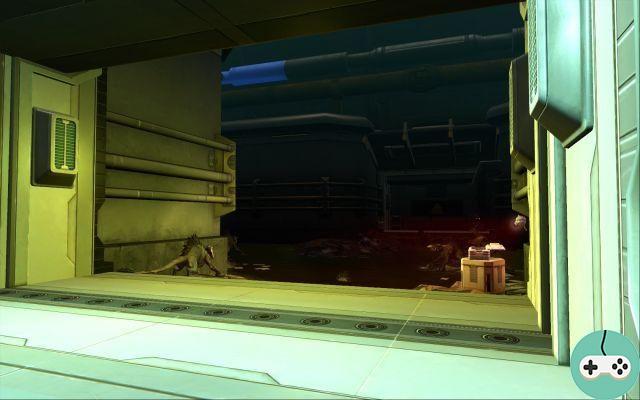 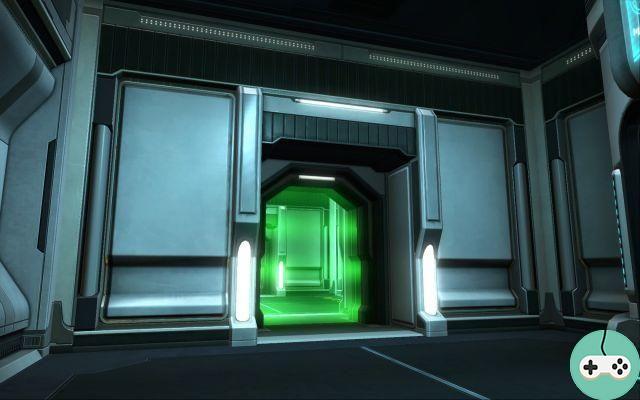 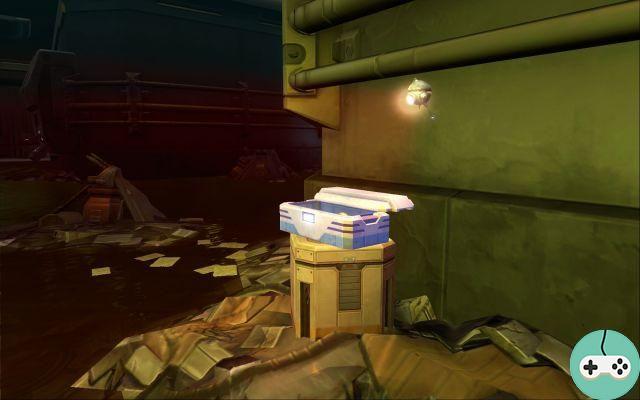 Arrive in it, you notice that the right and left access are blocked. To move forward, no other choice but to use your strength by destroying the top pipe, then repairing the energy junction box and finally activating the flow controls. You will then have the entire area available and can recover the antitoxin. 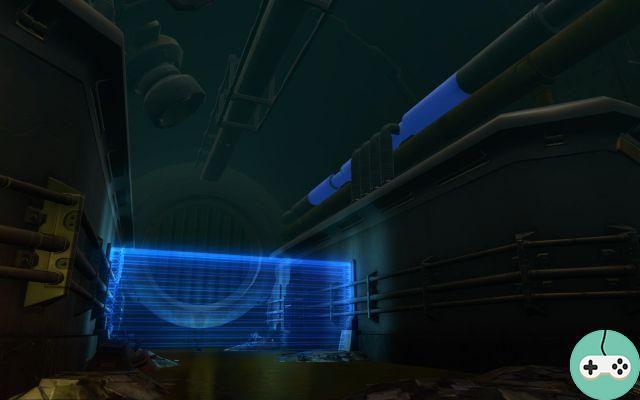 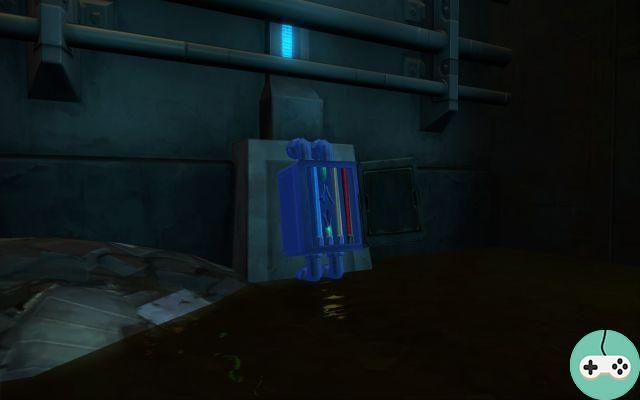 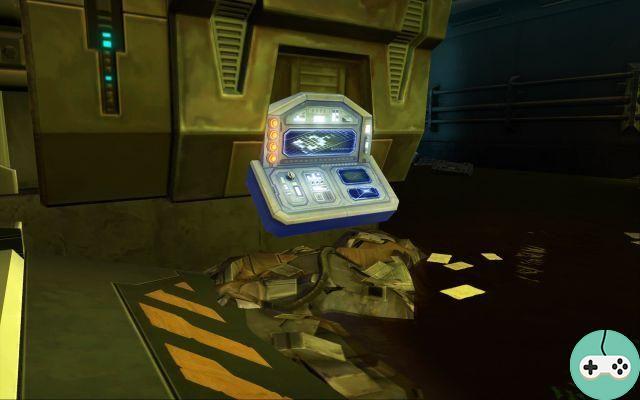 Little surprise since a mini-boss named project DS-5 awaits you. A priori, nothing very complex: area damage, cone damage and tentacle type enemies that will have to be killed to continue the fight. In short, you shouldn't waste too much time on this boss. 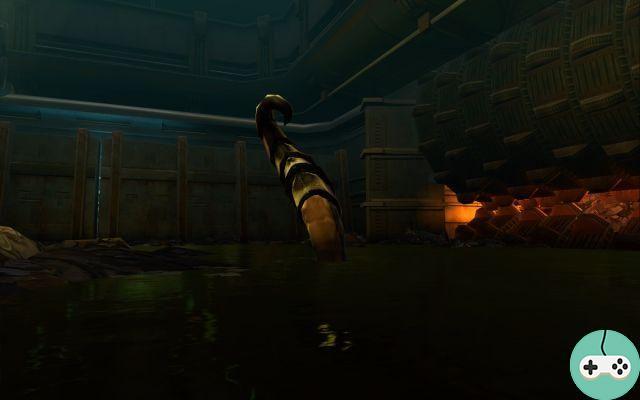 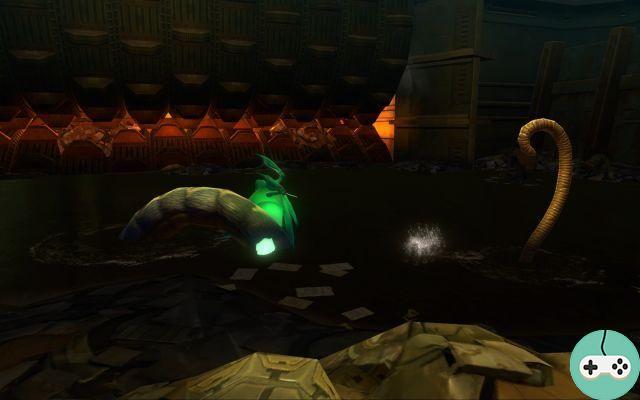 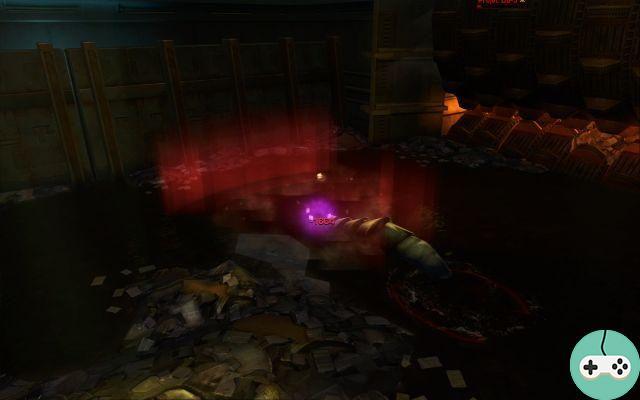 We do not know if this one adjusts to the size of the group but it remains largely killable on its own. From then on, pick up the Czerka antitoxin. 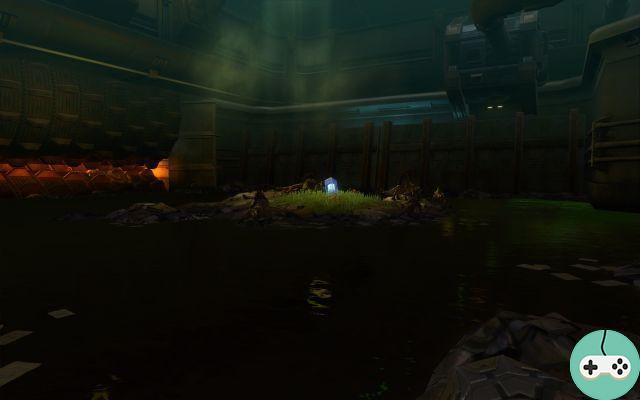 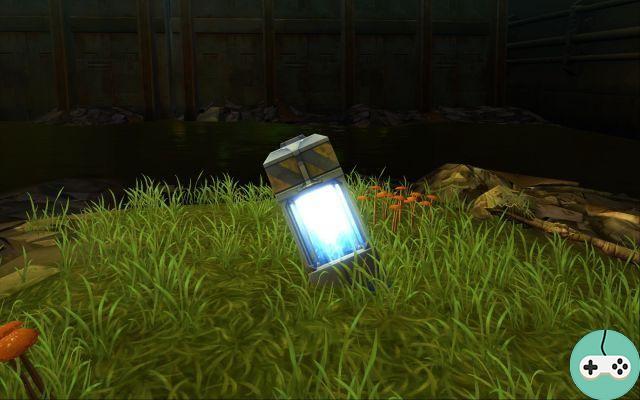 The weekly quest "Dissolving Czerka" requires you to complete the 4 daily quests as well as the two Flashpoints Czerka's Laboratory and Czerka Core Fusion. This earns you for each contentious area:

As a reward from the weekly quest, you get 15 Credits, 714 Basic Honors, 20 Elite Honors, 12 Artifact Container, and 1 Artifact Quality Reputation Trophy (1).

You probably guessed it, the initials CZ refer to the Czerka corporation and they need you to regain control of the CZ-198 lunar complex. It was seized by the Republic thanks to a corporate restructuring and your mission is to recover it by force. Take a company shuttle to get there and show the Republic what a Sith is capable of!

Once there, you must finish both Flashpoints!

If you have the opportunity to visit the test server, please send us your screenshots! We meet for the Republic version.


Do you want to be up to date and know all the tricks for your video games? In gamesmanagers.com we enjoy playing as much as you do and for that reason we offer you the best tricks, secrets or tips for you to play non-stop. We offer you quality content and always updated to keep you up to date. That's why, in our website, you will find not only videogame guides but also tricks, secrets and thousands of tips so you can play to the limit. Are you ready to get it? Enter now and enjoy your videogame!
IGP4 - Pankapu ❯