Aragami Shadow Edition - Into the Shadows 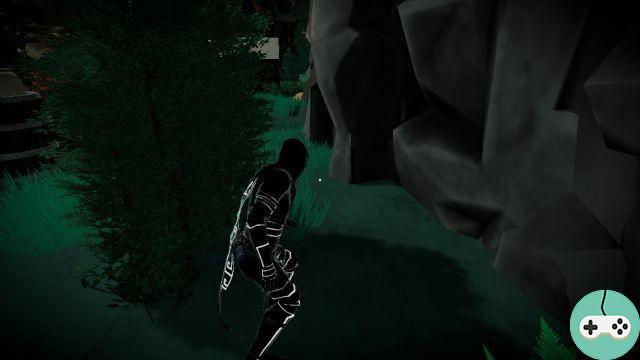 No one wants to know what is really hiding in the shadows ... Since the dawn of time, humans have been afraid of what is brewing in the shadows and use all sources of light to reassure themselves. Here we are going to put a name on one of the many "things" lurking while waiting for the moment to strike ...

For starters, Aragami is a game that offers some damn good graphics, but far from ultra realistic, or anything like that ... and that's good. To put it simply, this game offers a style of its own which allows for good fluidity. Whether in Deck or Portable mode, the game does not push the limits of the console ... except for a few slowdowns at each start of the game. 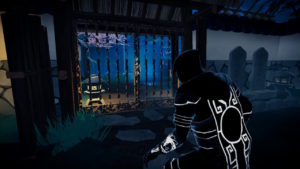 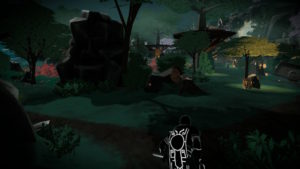 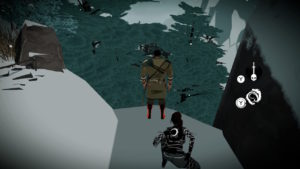 The lighting effects, which are part of the gameplay in their own right, are generally well managed, even if sometimes ... it remains a little strange in practice ... but we will come back to this in the "gameplay" part.

The sound environment is discreet and offers the player a total immersion to help him in his mission, even if sometimes we wonder if there really is one ...

You awaken as Aragami, a creature who will disappear at the first light of the sun. Summoned by a young woman who has no other choice than a ritual of which she does not understand the whole meaning ... you are her last hope for her to be released from her cage. Her past and your existence are linked by common memories. Is she what she claims, are you just a spirit of revenge? 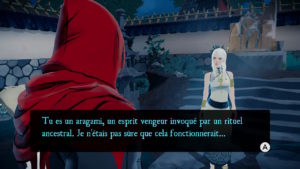 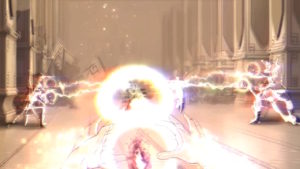 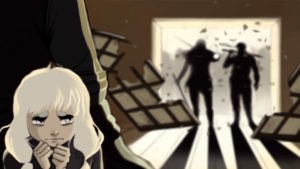 The soldiers of the Sun Army are led by a Kaiho, a devious, vile and rotten warlord. Your goal ... to find talismans in order to break the seals that hold the prisoners as well as the Shadow Empress, feared by Kaiho for her power.

The game can be played any way you want, and its gameplay will be all the more varied ... in theory. Theoretically, therefore, the game can be played like an imperceptible ghost or a shadow of death, killing any opponent who crosses his path. The wisest thing is in general to make a mix of the two methods to succeed in reaching your goals as easily as possible, knowing that the slightest blow kills you on the spot. 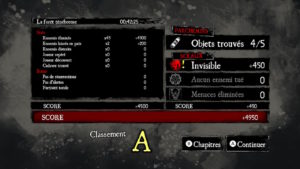 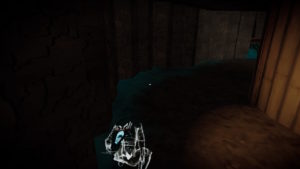 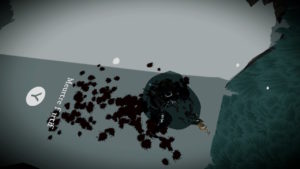 This is where the real challenge of the game lies ... an infiltration where error is often punitive and forces the player to make certain choices in terms of skills they can learn ... again, in theory , we will come back to this later. The real enemy of the game will be especially the areas of light which will consume your "essence" and make you visible to the eyes of the enemies, on the contrary of the shadow which will hide you and fill your gauge.

The difficulty increases from one area to another gradually by increasing the number and varying the type of enemy. However, this is balanced by your own mastery of the character and his skills.

Technically, only one skill is mandatory for adventure, shadow movement, which you are forced to take from the start ... but I think some skills are just as mandatory depending on your playstyle. . 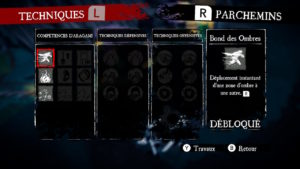 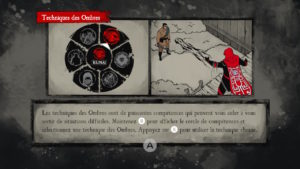 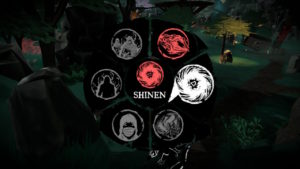 Many skills will help you during your journey, which fall into three categories: movement, defensive, offensive. Each of them has its own effect and evolution which is sometimes, in my opinion, far too practical. Moreover, each of them has a limited number of charges (two in general) that can be recharged by opening altars or with the technique of shadow killings.

By collecting items and talismans, you will have different actions, like ringing bells to attract enemies, which will also help you. Moreover, a parchment detection skill quickly becomes a must to build skills as quickly as possible.

We will therefore come back to two points mentioned above.

The real enemy of the player is the light, which is well managed, but will hinder you by draining your essence and increasing the chances of being seen. However, as said above ... it's sometimes strange, an enemy sees you, you go into a shadow zone and ... well nothing, the alert gauge disappears instead of slowly descending. Well, often the guard will come to see, but no more, you just have to stay hidden. 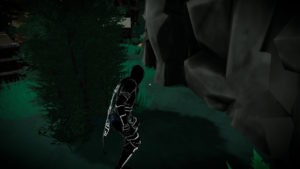 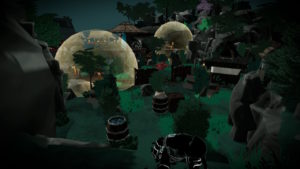 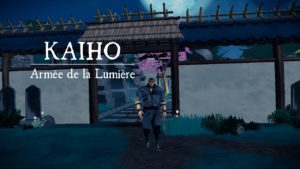 Then, something else mentioned above ... a lot of skills are mandatory, like the disappearance of bodies for those who assassinate enemies shamelessly, because an enemy who finds a corpse, and bam, you will have plenty of guards in the area on alert. Well, after that, it's not really dangerous if you are no longer there, and sometimes it helps you pass an area ... but it's still annoying in terms of the final score and the points lost because of that.

Note: One hit sends you to hell ... well until the last chekpoint instead, but you get the idea.

Not to mention the AI ​​of enemies who are as dumb and stupid as possible. How many guards I could see watching the walls ... but to explain it more simply: you can attract the guards with your bells, by managing well, you can attract only one (you just need to know the distance) without drawing the guard to his side. So you have two easy assassinations, whereas if the guards were acting as a group, other than when you are spotted, the game would offer a little more difficulty. And it's not the few different types of enemies that are going to be a game-changer.

You will be able, by obtaining medals (kill all the enemies of the level, kill none, not be spotted) or by finishing the chapters in the different difficulty modes, unlock costumes for your character which are frankly not bad. at all !

A dlc is present, making us play two additional characters with Aragami's abilities, if not a little more, from the start. You will have the choice between "Shinobu" and "Hyo". Obviously, the plot having a relationship with the universe of the main adventure, so I can not tell you anything about it. 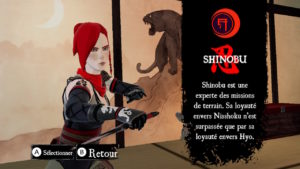 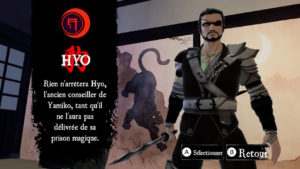 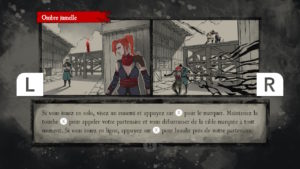 However, my general opinion is that it offers a slightly larger universe and gives the player more moments of play. And since this is included in the Shadow Edition ... why not do it?

So for me this is a good plus!

To conclude, I would say that Aragami is a good game unfortunately suffering from a little stupid AI. The qualities of the title partially eclipse the shortcomings of the game. Did I have a good time? Yes. Will I come back to this? Maybe to try new ways of playing.

Aragami aims to be a sharp and punitive stealth game. Personally, I would say that it is an infiltration game that has good qualities, but does not completely achieve its objectives as the difficulty is, in the end, not really there.

Add a comment from Aragami Shadow Edition - Into the Shadows