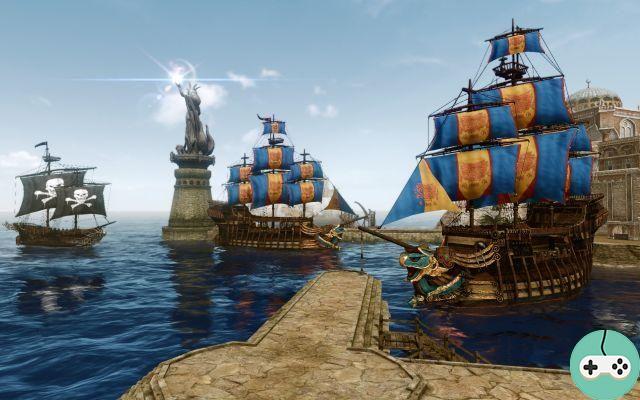 The new Dread Prophecy update will be released on April 28. The latter brings a lot of changes, especially with regard to ships.

Interface modifications will be made, in particular a brand new button which will be present on the ship's information window. The latter will make it possible to display a diagram of the ship, with its locations, in order to be able to equip it with the components of your choice.

In this new interface, it will now be possible to see the basic statistics as well as the number and type of custom components that can be equipped. 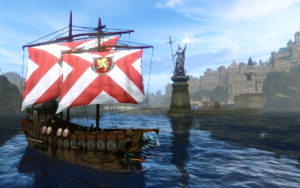 Dread Prophecies brings a lot of new components. It is nearly 100 new components which come to enrich the repertoire of craftsmanship. In particular, you will find:

Before you can equip or change the above components, you will need to go (or summon) your ship to one of Ezi's towers of Light. These are located at specific locations for each faction.

Note that equipping a component to your ship will permanently bind it to your character. 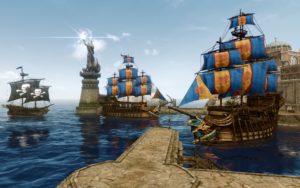 Among the new components, some of them can be re-leveled with Ship Component Regeneration Scrolls that can be collected from creatures inhabiting the ocean. However, this will bring some restrictions and penalties.

In addition, each ship will have a limit of players who can be present on board before suffering penalties.

Mechanisms will have even more work to do with this update. It will be possible to use Shatigon's Sand, available from general merchants, to repair your ship at sea, however mechanics will get better results from the repairs.

In addition, some components will require a certain level of mechanical skill in order to be made.

Once the update is implemented, it will be possible to apply images directly to the sails of the ship without having to use a scroll. It will also be possible to display multiple images if your vessel has multiple sails. 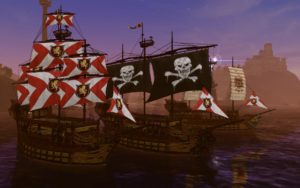 What do you think of the planned improvements and additions?


Do you want to be up to date and know all the tricks for your video games? In gamesmanagers.com we enjoy playing as much as you do and for that reason we offer you the best tricks, secrets or tips for you to play non-stop. We offer you quality content and always updated to keep you up to date. That's why, in our website, you will find not only videogame guides but also tricks, secrets and thousands of tips so you can play to the limit. Are you ready to get it? Enter now and enjoy your videogame!
Star Citizen - Gameplay - Repair ❯

Rift - The Rare of Mathosia