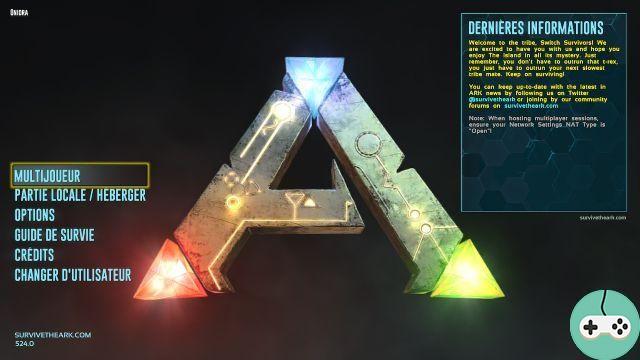 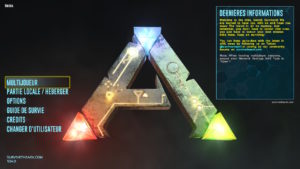 During Paris Games Week, we met a developer from the Wildcard studio who came to present, among other things, the Switch version of the famous survival game ARK: Survival Evolved (find the transcript of our interview here). So when the game was finally released on Nintendo on November 30, I let myself be tempted to go on an adventure. For information, I have already had the opportunity to play Ark beforehand in its PC version only.

The Jurassic experience begins with a crucial choice: play alone or with others? To join online games for up to 64 players according to the press release, I discovered that it is mandatory to have a "Nintendo Switch Online" subscription which costs € 3,99 per month, or 19,99 € year round. Otherwise, there is a family solution that gives access to eight accounts for € 34,99 per year. 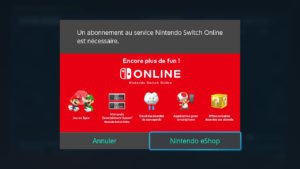 Never playing online on the Switch, so to speak, and therefore not having this subscription, I decided, by necessity, for a solo game. In this case, the console hosts the part and therefore gives full power over the configuration options of his world: character life, damage inflicted, damage suffered, loss of durability, impact of death ... suits me, with a low level of difficulty to be able to test without risk. 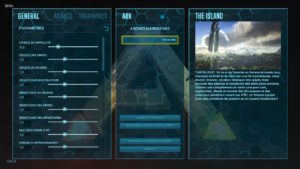 The creation of the character is still as complete even if the rendering of the character leaves a little to be desired, as well as the ergonomics of the interface. This lacks a finger control to navigate between options and more intuitive shortcuts. Despite everything, I managed to create a survivor who seemed acceptable to me and started my game. 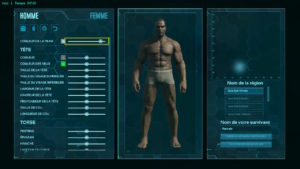 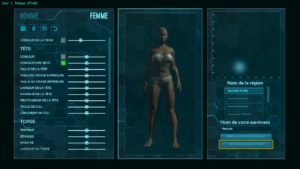 When I land in the world after a terribly long load time, the shock is brutal: the graphics have been severely impacted by the porting. This world so rich on the computer lost all its brilliance when it landed on the Nintendo Switch with very poor textures, flat, without ... texture! The shadows are coarse and nature loses all realism despite a day / night cycle and changing weather. The field of vision is ridiculously low, which becomes very annoying during the night, during which we do not see a drop, it is not much better at dawn or at dusk when the sun is low. Conversely, the midday star is dazzling, with far too much light here which flattens the landscape even more. The water looks weird and the transparency doesn't look quite right anymore. 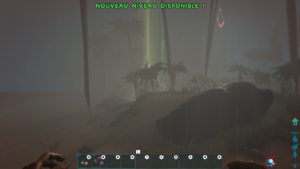 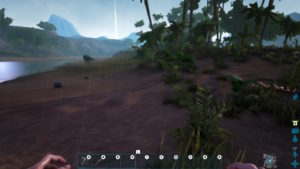 The dinosaurs finally, and all these extinct creatures so well modeled on PC, are unfortunately just as slaughtered. You almost have to be under the dinosaur's belly to see its level, which caused me some technical problems when I found myself facing 101 from the top of my level 11! Because yes, the interface also has some problems with inventory icons that sometimes do not display, or with a big delay. You don't really have to be in a hurry ... 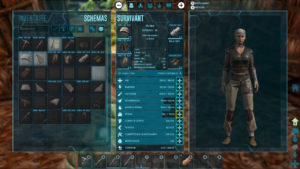 Beyond the graphics, the game retains its richness, offering all of the content of the PC version: life constants to monitor, resources to collect, levels to climb, engrams to learn, objects to create, houses to build, weapons to wield, equipment to sew, metal to melt, gardens to cultivate, paintings to paint ... The craft system is still as robust as ever, with a progression that passes through plant fibers, then wood, stone, metal ... towards the technology of the future, each new third party requiring its type of resources, therefore adapted tools and special machines. Irrigation and electric current are undoubtedly the two major innovations that any survivor hopes to one day install in his camp ... even if I am far from it for the moment! 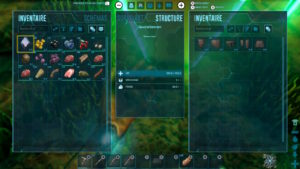 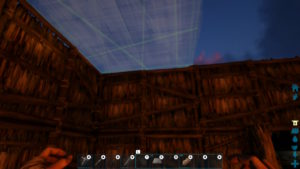 Without forgetting the irreplaceable training, with prehistoric or mythical creatures which can be captured, then trained to serve as companion and mount, or even raised from the egg. Who has never dreamed of traveling through a Jurassic forest on his Triceratops? If you prefer to be original, you will also find the Tyranosaurus, the Gigantosaurus, the werewolf or even the yeti. A beautiful enclosure, food to keep him happy (be careful, each creature has a specific diet), a suitable saddle, and onward for a walk through the tall primordial trees! 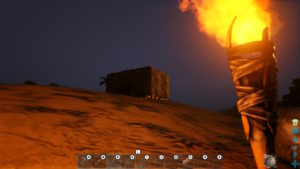 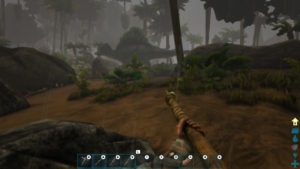 Uncovering the mystery of the ARK remains exciting but, quite honestly, if you have the opportunity to play on another platform, go your way, forget the Switch version and take the game elsewhere, you will enjoy the gameplay and, in addition, your eyes will not bleed. The Switch version has, in any case for the moment, the only advantage of being able to be taken everywhere. If that's enough for you to forget about the graphics, then why not ...

Add a comment from ARK: Survival Evolved - Dinosaurs get encrusted on Switch