Bad North - You won't get my island, Vikings! 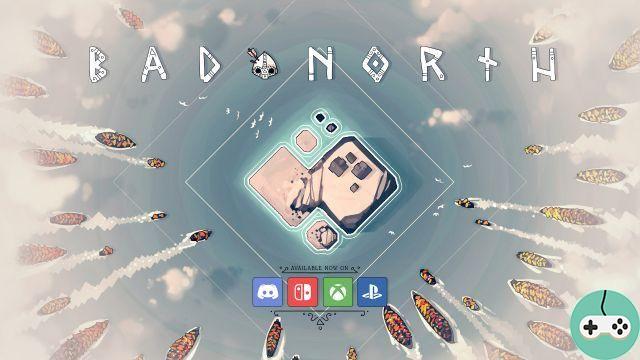 Real-time strategy games are not legion on Switch, so it was with quite heightened curiosity that I launched Bad North, the first production of the Plausible Concept studio, composed of 3 members who have worked for well-known publishers, such as Ubisoft or Bandai Namco. 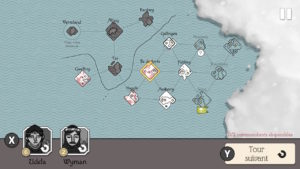 The map will be revealed as we progress

We are immersed directly in what will quickly become a routine. A randomly generated island appears in the center of the screen, with a maximum of 4 units. A ship arrives, filled with Vikings armed with a simple sword. I place my archers high up, my pikemen on the shore and my warriors near the local church. 3 Vikings fall under the rains of arrows, and the rest are skewered by the pikemen. Simple. Effective. A second wave arrives, new optimal placement, no chance.

Yet I hear the blows of swords and I see my church in flames. These barbarians launched several boats on two sides of the island, which I had not seen at first glance. Small zoom by pressing the ZL key, and rotating the camera using the right stick. Having a big picture helps. 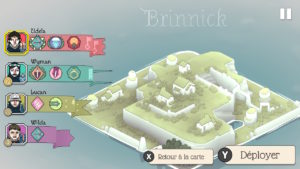 Preparation of the ground

The waves follow one another, then the level ends. You earn a few gold coins that you will have to distribute among your various troops. This gold will improve its units, unlock special skills depending on the type of units, increase the size of the troop or its overall effectiveness (better quality bow, better armor, etc ...).

Our goal as a player will be to defend the many islands in the game, one by one. We will earn coins at each level, then sometimes a new unit, which we will have to specialize in warrior, archer or pikeman, each one having his qualities and his faults. Rogue-lite obliges, it will be necessary to ensure to preserve at least one member of the troop, otherwise it will disappear forever. And there, it's still nice ... if you lose your whole army, it's a nice "Game Over" that appears and will force you to start the game again. Leaking can sometimes be the best option if you are in pain. prepared its strategy. This will require rushing onto the boats left by the enemy. 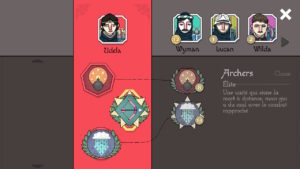 You will be able to improve your units (very briefly)

The Vikings are to be taken seriously. The first levels seem simple and present quite silly enemies, but they are not, they will quickly be deceitful and will make you sweat profusely.

It is also quite strange, because behind this barbaric violence, the game presents a minimalist artistic direction, but which hits the mark. The islands all exude a peaceful side, even a certain melancholy, as brilliantly did monument Valley. Special mention to the meteorological effects present which drastically modify the atmosphere of a level. Between the distressing mist and the threatening storm, the intensity shows an additional notch when the storm rumbles and the Vikings disembark to remake the portrait for us.

The soundtrack is relatively unobtrusive. Sound of battles, rain, waves ... a little music on the world map, and that's about it. 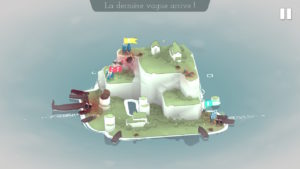 Vikings are no longer

On the gameplay side, the handling is also minimalist, we will move our troops quite easily using the left stick after a unit selection via the side keys L / R and we can use their skills using the keys directional. In "portable" mode, you can also use the tactile capabilities of the console to interact with your troops, everything responds to the finger and the eye. Very simple therefore, and yet profound as we advance in the adventure, in view of the configuration of each island, which will require very often reassigning its troops to various places in the same level.

On the content side, there is plenty to do, the random generation of islands allows you to renew the pleasure of the game for a long time. Small regret however on the panel of improvement of the troops, very limited. We improve our units too quickly. A little more variety or possibilities would not have been refused, on the objects or the capacities to be unlocked for example.

In the end, the first production of the Nordic studio is a success. The minimalist art direction is superbly successful and perfectly suited to the gaming medium, as are the game mechanics. Whether using a controller or a touchscreen, it's quick and easy to learn, and yet difficult to master, due to the variety of procedurally generated levels. If you're not allergic to the game's rogue-lite structure, you can go.

Add a comment from Bad North - You won't get my island, Vikings!