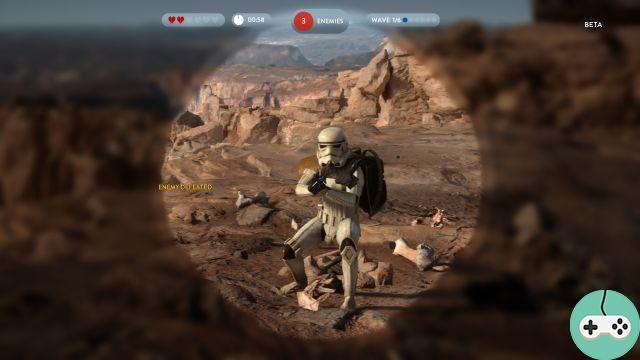 The long-awaited beta is finally here and it's high time to see a little preview of what lies ahead. Keep in mind that everything you see during this beta is subject to change and may not be representative of the end result.

A video will be added to the article when it is uploaded (it's long!). 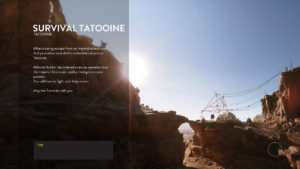 Survival mode places you in the shoes of a Rebel, crushed on Tatooine, and where he must survive against six waves of enemies (up to 15 in the final version). 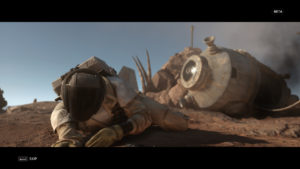 This game mode is playable either solo or in cooperation with another player.

At the start of the game, it is possible to choose the main weapon, as well as a set of gadgets. 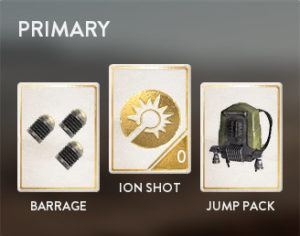 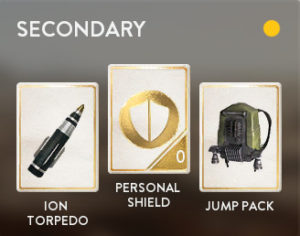 As the waves progress, capsules can crash to the ground. It is then possible to go there to capture them (it takes a few seconds). Once captured, they open and interesting bonuses appear: thermal detonator, orbital strikes, etc ... A tip, keep these bonuses for more advanced waves, especially those with AT-TT. 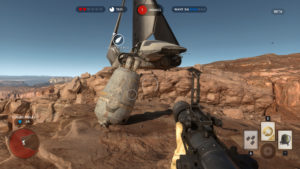 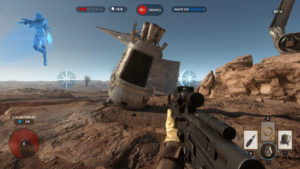 Be careful, because during the time of capture, enemies are still a threat. If you go too far away, they can also take control of the capsule and say goodbye to the bonuses!

It will be possible to cross several types of enemies. 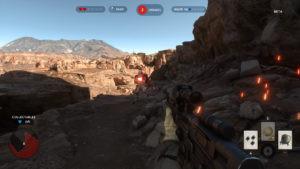 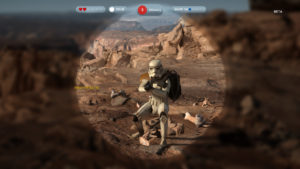 Red Troopers : an improved trooper, it will take significantly more shots to eliminate it. 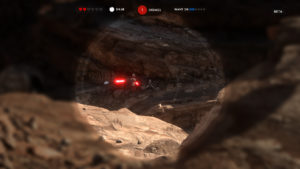 Jetpack Troopers : They have a shield and a jetpack, which can make them dangerous. 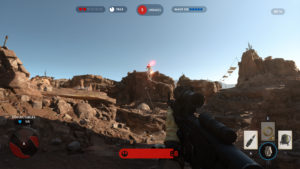 AT-ST : there, be careful, it will have to be played fine. These little walkers are armored and shooting your gun won't do much. The Ionic Fire or the Ionic Torpedo is essential to be able to hope to eliminate it. And if you've ever picked up a Thermal Detonator or Orbital Strike from a capsule, now's the time to use it! 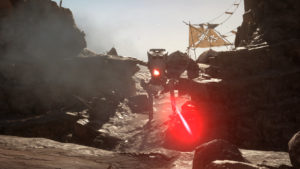 5 objects are hidden in the map on Tatooine.

The first is at the bottom of the canyon, near the tents. Finally, above the tents!

To catch it, climb the small ledge as in the picture, take a little momentum and activate the jetpack. 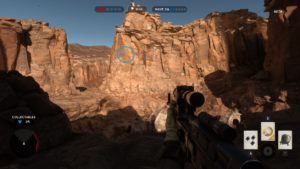 Here is the second, where you will also have to use the jetpack to get it, without necessarily needing momentum. 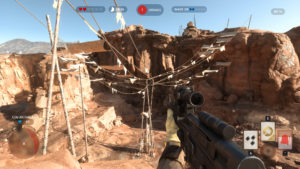 To find the location of the third, locate yourself in relation to the ship. 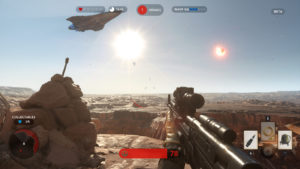 Another little jump to take. 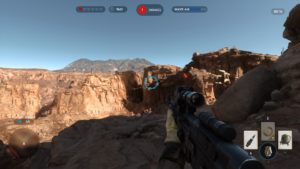 Go to the side of the Imperial Shuttle. Just below is a small cave where you will find the last one stashed away! 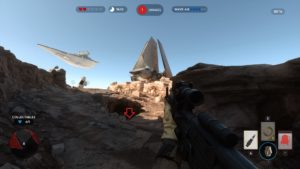 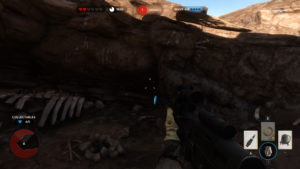 Each mode has Stars to obtain, a sort of achievement that shows your mastery. Here's for Survival mode on Tatooine: