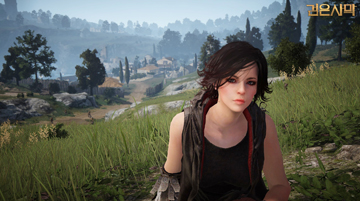 Black Desert Online, with its full name, is an MMORPG developed by Koreans from Pearl Abyss. The game takes place in a universe of "High fantasy", and drawing its inspiration as much from the Italian renaissance as from the Arthurian legends, medieval Japan or the ancient Orient. All of this populated as it should be with orcs, dwarves, giants, goblins and many other creatures much more exotic still. Here is a brief overview of what this game is, and is not.

All this is very nice but so far nothing very new under the sun you will tell me. So let's talk a bit about the game itself. Black Desert is therefore a sandbox type MMORPG featuring two great rival nations and in which you will land a little lost, stunned and not to say amnesiac, with a little black ghost that only you can see. He will take care of guiding you here and there according to your interests. It's practical, see already seen, but it works and the general narration is not particularly the objective of the game, it was undoubtedly wise to be based on this principle certainly big but understandable quickly. 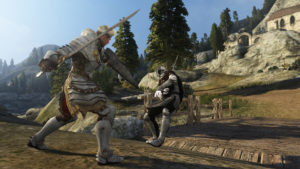 Now that the pitch is ours, let's see why this scriptwriting sobriety is ultimately very useful. Indeed, once your character's mind is freed from its torpor, you will gradually realize that the game will not help you much:

An avalanche of information on the interface (deactivatable and ultimately not necessarily useless but cut by default would have been friendlier), no targeting function and multiple interaction options with almost all NPCs.

The only common thread is your vaporous companion trying to guide you, and for the moment it is wise to listen to him. The more adventurous will have already tried the various traditional shortcuts C, I, P… and the most unfortunate will have pressed M and displayed the map. 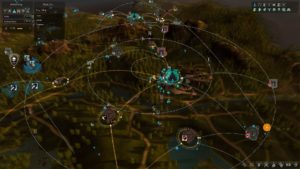 And the desert in all this?

But Black Desert is also a big part of discovery and exploration, which only really takes on its meaning from the second half of the game and far too rarely described to the public (especially Westerners). A not particularly friendly place where your map will no longer show you the orientation of your character and where too arid areas will see your avatar's life melt over time if he is not prepared for it. For the occasion, a quick glance at the preview on the Korean channel.

You will understand, Black Desert will not take you by the hand, and will not send you to a dungeon to pick up your new weapon using a group finder. On the other hand, he will know how to arouse the needs of others and reward research, knowledge of the game and perseverance.

add a comment of Black Desert Online - What is it?