Daedalic offers us a new title. After 1954: Alcatraz in 2014 (and a few mods for Blackguards, but that doesn't count), it's Blackguards 2's turn to hit the various online marketplaces.

True to itself, the German studio seems to want to continue the momentum of Blackguards first of the name, having thought of improving a few points in the process. So, does this Blackguards 2 come down with dignity from its predecessor or is it a simple update of the first opus?

Before getting into the technical aspect of Blackguards 2, it is advisable to recall the short historical context in which you will be immersed from the first minutes of the game. You will play Cassia, a young adventurer in search of contenders for the Shark Throne.

For unconditional fans of the title, know that Blackguards 2 does not change in all respects from its predecessor. As I said above, we are even witnessing a reunion, especially in terms of graphics and gameplay. But don't be scandalous though, changes have also been made. The navigation in the menus as well as the various ingame interfaces have been revised, to the delight of the players, who sometimes got lost in the meanders of the various menus. Blackguards 2 goes straight to the point, the inventory is clear, the few tree structures are precise, detailed and we do not seek for hours the meaning of this or that tool of the game. But let's come back to the game itself , or rather to the gameplay which, according to the wishes of our friends the German developers, has not aged a bit. And for good reason, the fans did not want to change the combat system specific to the game. The point & click remains as it is, we can always place our different fighters wherever we want, the strategic side is very present! 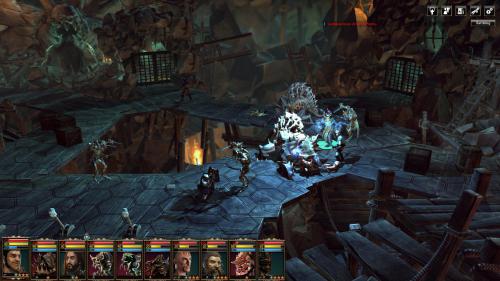 If the soul of a strategist is in you, this paragraph will greatly appeal to you. As in any good self-respecting war game, the thinking aspect is a significant point. Add to that anticipation, a key factor that can save your ass a couple of times. To do this, each range of movement of your characters and even your opponents are represented on the ground of the map. It is then very easy to thwart your opponent's plans by placing your warriors out of reach. The interface of Blackguards 2 will be your best ally during battles, because your care, your different spells and even your weapon sets will be accessible directly by clicking on your characters. In a few seconds, you will have time to modify the equipment of all your soldiers, not bad right? 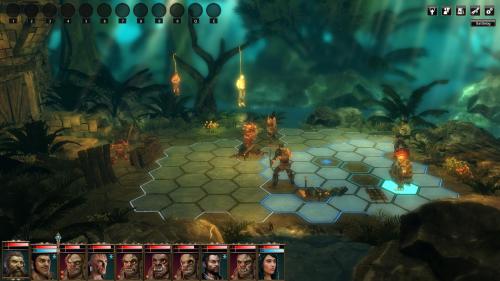 Also as part of the strategy, you will have the opportunity to ally with a particular race of monster: the Chimera. Created by the scientists of Aventuria, these monsters could be your best allies if you find a way to tame them in order to count them in your ranks in each of your campaigns. And with ten characters in your starting deck, know that you will be on the battlefield in great company! Your development in the game will be through camps that you have previously conquered. This aspect comes to materialize your progress in the game, but also many ways to achieve your goals. In your crazy conquests, the kidnappings of opponents will be very useful to know everything about their forces.

Blackguards is therefore coming back strong with this second opus. Of course, the graphic aspect has not been reassessed, but the heart of the gameplay itself remains intact, to the delight of Blackgards fans. The only big flaw remains the lack of central narration, which significantly taints the progress of the player, who still seeks the common thread of this dark and wet story.