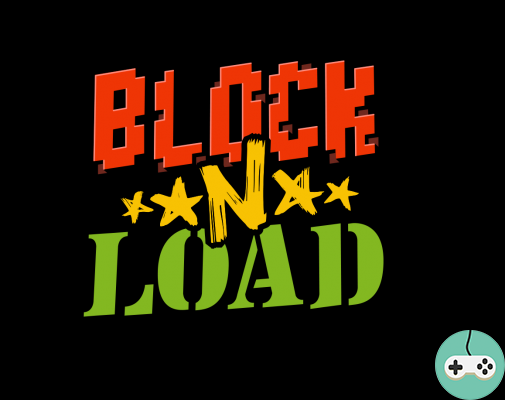 It is with some trepidation that we went across the Channel last week, invited by Jagex, to try their latest title: Block N Load. Between a lambda FPS and a well-asserted Minecraft, Block N Load seems to have found a happy medium allowing it to offer something, certainly not innovative because the different PVP modes of Minecraft are already well established, which seems to want to reconcile players from both horizons . Will Block N Load manage to keep its promises or will it be forgotten? Our opinion after this first presentation!

You should know, by turning on the computer and launching Block N Load, do not expect a graphic slap, or any other slap for that matter. Banal, the interface is direct, almost intuitive, we launch / create / join a game very quickly. The universe of Block N Load will necessarily remind you of that of Minecraft, as the similarities are obvious. But where the games want to be different is in the way it offers fights as diverse as they are varied, with a system comprising different classes. We find the cubic universe, specific to construction games. Because yes, Block N Load will ask you for some masonry basics as well as a tip of strategy.

Six classes are currently available in Block N Load. Among them are the Ninja, the precise-hunter-with-his-big-gun, a modern-day rambo, an engineer, a robot-tanky and a mad scientist. You might as well tell you right away that all the classes are complementary and that each one brings its own personal touch to the course of the actions. They are the nerve center of the game, so we'll take a quick walk through each of them to give you an idea of ​​which one you will choose once the game is installed at home. 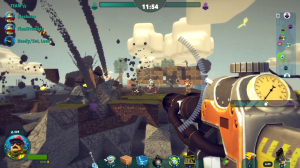 Taken together, the six classes can be very effective. The objective being to destroy the enemy "cube (s)", all powers must be carefully selected to be used for collective ends.

Build your own bases 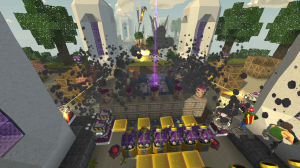 As I said above, Block N Load is first and foremost a construction game. Before each "real" start of the game, your team has four minutes to build the best defenses. All strategies are good to take, from the simple Hadrian's Wall to the classic Helm's Chasm. All the tips are good to hinder the passage of your enemy (who will be happy to bypass any obstacle, something achievable by drawing about ten minutes).

Draw, yes, because each character has a melee weapon allowing him to dig, more precisely to destroy the blocks. You are free to create bridges, walls or many other things (because yes, by playing it for 3 hours I have not exhausted all the existing ideas). Different blocks exist: from a simple clod of earth to a large block of stone, passing through the wooden crate and the rainbow block (which takes the consistency of the adjacent block). All are more or less resistant, it depends on their material, of course.

We saw the cute construction aspect, now we're going to talk about manly things, the real building blocks of an FPS: weapons and accessories of all kinds. 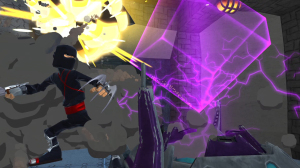 I'm not going to tell you about everything, it would spoil the pleasure of discovering each element of the game. Just know that some are useful in defense, others in attack and others everywhere! We can in particular list the turret for defense, boosters to get from point A to point B faster or even kinds of barbed wire fixed to the ground, slowing down and injuring your enemies. Sticks of dynamite and big old-fashioned bombs are also at your disposal, enough to make pretty fireworks. But beware, each explosion damages the scenery: be careful not to destroy any strongholds that your comrades have been building for three minutes. On the other hand, if you manage to dig under the enemy camp and plant a bomb or two, then I'm not against (and I speak from experience, it's really worth it).

The content that was offered to us certainly did not represent the final aspect of the game. Nevertheless, we can already say that if Block N Load gives itself the means, in particular by offering a game regularly updated, the result could make happy.

In the meantime, we have three beta keys for you to earn. To participate, nothing could be simpler, comment on this article, we will choose the winners, good luck! 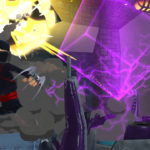 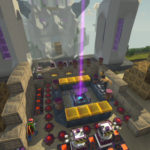 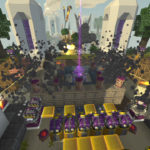 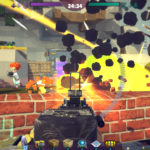 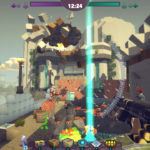 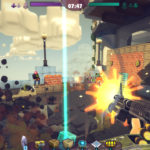 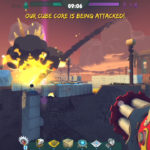 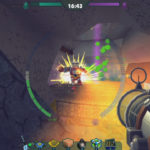 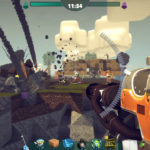 Add a comment from Block N Load: the cubic FPS