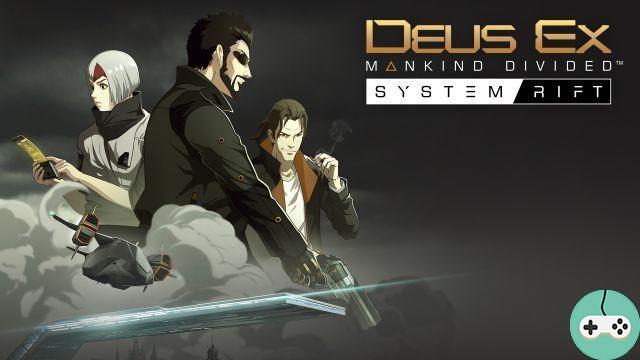 That's it, the first Deus Ex: Mankind Divided story DLC is finally here. Does he keep his promises? 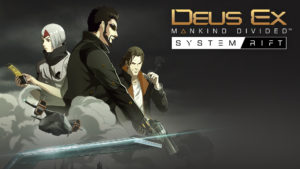 This DLC puts us back in the shoes of Adam Jensen, our favorite augmented, who will have to help an old friend. Indeed, Francis Pritchard, nicknamed Frank (original ...) gets in touch with Adam to offer him a job. We meet Frank in Deus Ex: Human Revolution, the latter was the former head of cybersecurity at Sarif Industries. After the collapse of Sarif Industrie following the Incident, he was one of the last employees to leave the company when David Sarif finally files for bankruptcy and goes out of business. Since then, he has been self-employed as a hacker and sells his services to gather information for his clients.

Unfortunately, his last mission doesn't go as planned and he comes to ask Adam for help in ... infiltrating the most inviolable bank on the planet. I will stop there for the story so as not to spoil the discovery. 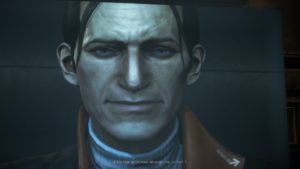 So we go on an adventure, for the occasion, a new district is offered to us: Namesti Mecu. Namesti Mecu is much smaller than other parts of Prague. Even if it has many accesses to go from one point to another as well as a few small hidden passages, in about 1/4 hour, we easily went all around. This district, still in Prague, is a rather special district. Indeed, it is a district "reserved" for "natural". The augmented are not excluded or prohibited, but are very frowned upon and despised by the population, much more than in the other districts of Prague which seem in comparison, the kingdom of care bears for augmented. 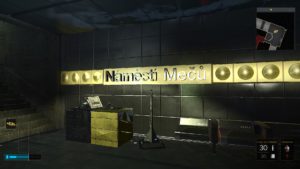 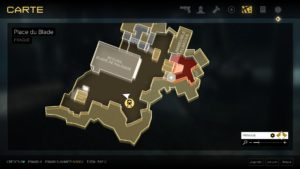 Indeed, prepare to receive insults and not the most tender. I was also personally surprised to hear ordinary NPCs and even police officers insult me ​​with "c * nard", "dirty rot" or even hear NPCs tell me "to go get fucked" . (Yes yes, we actually hear these insults!) 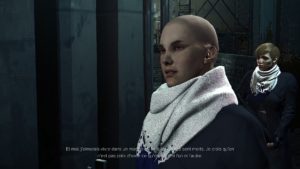 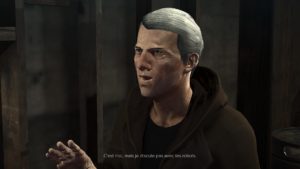 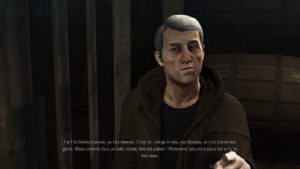 The bank sets are even quite varied, which pleasantly surprised me, I who expected to see grayish walls and the same hallways over and over again. (It's a bank after all.)

The bank has many terminals to hack, rooms to explore and little secrets. Some side quests, or rather secondary objectives of the main quest that are unlocked in particular through dialogues with the main characters of the plot, require you to explore from top to bottom and comb through all the rooms of the bank . 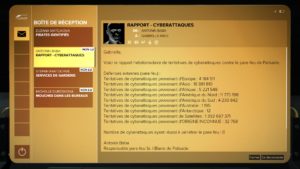 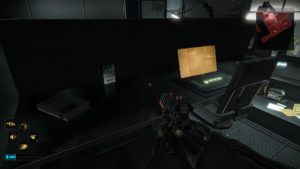 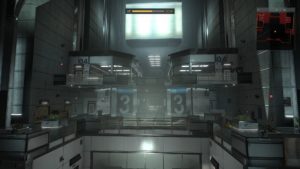 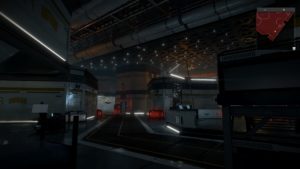 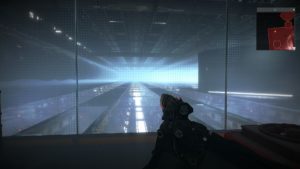 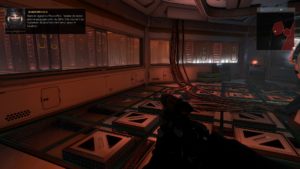 During the adventure, we will even have a small phase in SRN mode. Those who have played Breach mode will not be disoriented and will quickly find their mark. This passage is however quite short and quick to achieve. 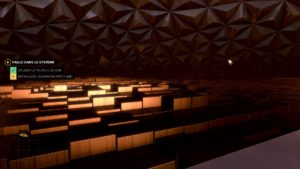 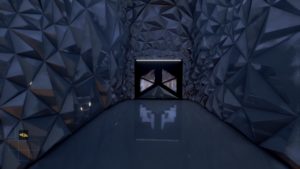 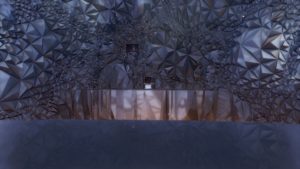 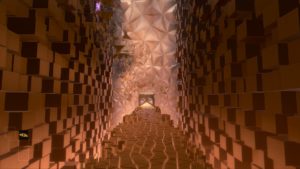 But, because there is unfortunately a but, despite the fact that the DLC seems very interesting a priori, I was personally disappointed by it in the end. Indeed, to achieve it at 100% (all objectives / quests, complete it and obtain all successes) I played less than ... three hours. Knowing that there are many phases of dialogue, the playing time in this DLC is ultimately extremely short.


The second thing that worried and disappointed me was the story of the DLC. The story itself is very interesting and gripping however I had the very unpleasant feeling and feeling that it could (and should) be part of the base game. Indeed, during the adventure, we meet a character that all those who have played Breach mode know and this DLC is, in the end, a prelude to the history of Breach mode precisely. This sense of history as well as the extremely short lifespan made me, personally, think that this DLC is just a side quest that could very easily have been incorporated into the base game itself. For the price at which it is sold, namely € 11,99 if you do not have the season pass, I find that quite limited. I think I would have been less disappointed if the latter had been sold for € 4,99.

Still, the quality of the DLC is undeniable. I had a great time on it exploring every nook and cranny and learning about history and seeing our dear Frank again, who still has the same character.

I am ultimately quite mixed by this DLC. It's a very good quality DLC, as is the game. It's very well done, the story is interesting and you never get bored from start to finish. However, its very short duration and the feeling that it is actually a "basic" quest for the game leaves a little bitter taste when you finish it and see the end credits.

If you have the season pass, there is no question, do the DLC. If you don't have it, I will personally recommend waiting for a possible promotion to jump on it. This is up to me of course, but the DLC is not worth the € 11,99 it costs. Having the season pass, I admit that at the moment, I am a little disappointed to have bought it.