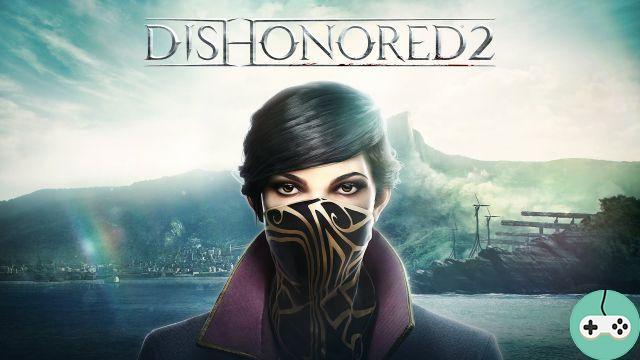 I was lucky enough to get to try out a one hour demo of Dishonored 2. It was very short, but it still allowed me to get a good overview of the gameplay and to test the new playable character, Emily, in a mechanical mansion full of mysteries. 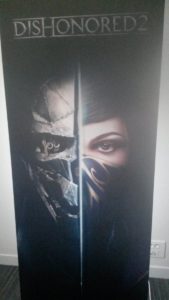 For those who land, Dishonored 2 is a Far Cry-style first-person game where you control Corvo or his daughter, Emily. The story takes place a few years after the first opus. Emily has therefore grown up and above all developed fairly effective fighting techniques. I won't tell you more about the story, it wasn't particularly featured in this demo anyway and I only played the first a little bit. We can only thank Bethesda for not spoiling the scenario for us, they who have accustomed us to an extremely well-crafted narration.

Of course, I chose to play Emily to have something new, also because she's really classy, ​​not to mention these really ... gory assassinations. (On a more personal note, I only play girls in MMOs when I have the choice). 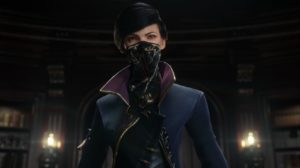 The objective of the mission was to retrieve a guy (an old man very heavy to carry) and kill the owner, Kirin Jindosh. There was also a side mission which I can't quite remember the objective of. A small funfair train takes us to this mechanical mansion.

Regarding myself, I was not so direct. I made numerous attempts, looking for odd paths to pass under the mechanism, at the edge of the cliff. All this to die and test another path and re-die (yes this game is punitive especially when you do not master targeting on an Xbox One controller). This allowed me to test different spells, such as Emily's teleportation spell which therefore allows ... 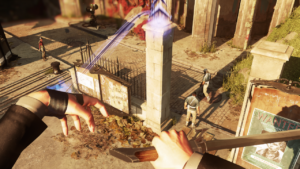 and catch enemies and bring them back to us: 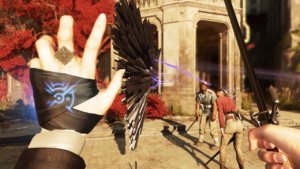 I also tested in this mission a certain number of weapons more or less lethal and more or less effective according to the enemies and their number. From crossbow to shotgun. Afterwards, I also came across a big red heart (the use and purpose of which are surely explained in a previous mission) which allows you to find artifacts that add abilities to us. It looked cool but more for players who want to search every area to find every nook and cranny. As I was already quite lost by dint of not following the arrow indicating my target, I did not go into the matter further. 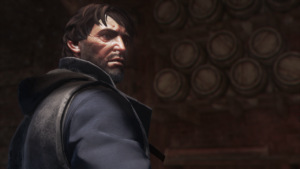 Emily can also turn into a shadow and surprise opponents in extremely brutal ways (she pulls them apart into 3 pieces, that's fun). I used a sort of large knife that was very efficient to kill the multiple mechanical robots that were squatting the area with varying degrees of success because they didn't always give me a second chance.

When it was time to think about finishing the demo, I went to look for my old man, I went around in circles around his prison a lot before realizing that it was necessary to break a piece of wood on the ground to press a mechanism. I only really got there by chipping away at the game (or not finally?) Thanks to Emily's teleportation spell to get in while the mechanics were moving. And it was only when I was locked in the prison that I saw the wooden planks ...

I finally came out carrying the guy, proud of the job I had done on the controller. 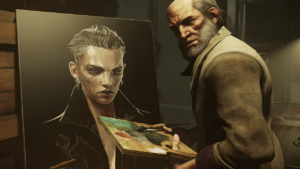 My opinion on this demo

You will understand, I loved it! The demo really made me want to dive deep into the game, so I'm going to catch up as soon as possible (but hey, first, I have to finish Fallout 4). If the whole is like this demo, this game will be a little video-game pearl with fighting, puzzles, infiltration, a gripping story, all in a super well-crafted steampunk world and with a female character who does not do in the finesse. I can't wait for November 11 to learn more about the characters, the story, but above all that I can play it with the keyboard and mouse!

In the meantime, I'm going back to Fallout 4 with a little bonus. 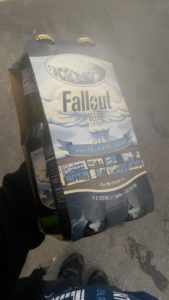 Do you want to be up to date and know all the tricks for your video games? In gamesmanagers.com we enjoy playing as much as you do and for that reason we offer you the best tricks, secrets or tips for you to play non-stop. We offer you quality content and always updated to keep you up to date. That's why, in our website, you will find not only videogame guides but also tricks, secrets and thousands of tips so you can play to the limit. Are you ready to get it? Enter now and enjoy your videogame!
The great story of the pirates of the Caribbean ❯