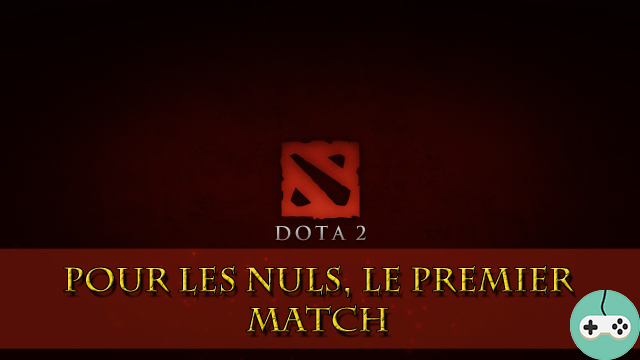 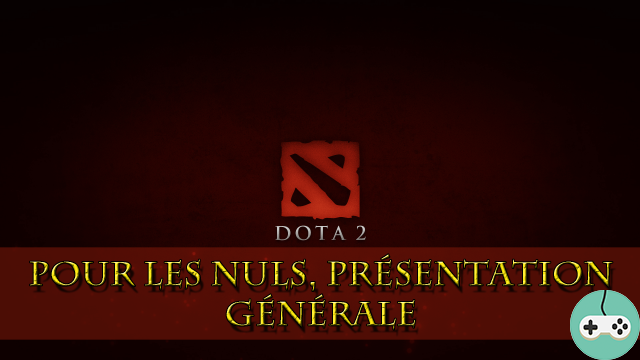 Through this article, I suggest you have a good overview of what is Dota 2. This guide is intended for dummies, new, newbies, call them whatever you want, we've all been there! In simple words and avoiding going into too complicated details from the start, here are the main points to know before starting the game. Subsequently, I will offer you other guides on other aspects of the game and we will go deeper into the explanations. But let's start soft!

This guide is also available in video format

Dota 2 is a MOBA (Multiplayer Online Battle Arena) understand that two teams de five players fight on a closed map for the victory of their side. Dota 2 Is available on Steam in format F2P (Free To Play), so you can indulge yourself to your heart's content without spending a dime! Developped by Valve and released on July 9, 2013, Dota 2 is the philosophical continuation of Dota (easy no?) to know: Defense of the Ancients, a mode made by gamers in 2003 for the game Warcraft 3 de Blizzard, like what all success is explained!

The rules of the game are simple, you control your hero and have to fight enemy players and even NPC / NPCs (computer controlled creatures) to gain power and annihilate the opposing base. You have the main lines, take the opportunity to launch your account Steam, download the game while you finish educating yourself with the sequel.

The map, the world

Before you jump in headlong, let's already discover the unique card in the game: 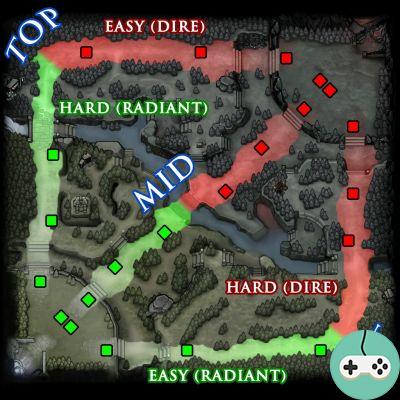 This will be your battleground for many hours, so it is important to understand the principle. In the corners (bottom left and top right) are the respective bases of the two teams (The Radiant and Say). It is this base that you will have to destroy in your opponent to win. These databases are protected by towers, buildings (barracks) showing "soldiers" called creeps and managed by the computer. To attack the opposing base, you must traverse the entire map. Three paths stand out, the bottom line, the middle line and the top line (easy?). Each line is defended by two towers, to advance more easily, it is essential to destroy these towers, especially since it is on these paths that your creeps will pass in waves to invade the enemy base.

Three paths, towers, fine, and the rest? The rest of the map consists mainly of the jungle (and of some stores) inhabited by neutral creatures (NPCs) that you can kill to earnexperience, and therefore the power. Be aware that there are several types of NPCs from the simplest to the toughest. Last important point, River separates the card in two and forms a natural border between the two camps. Be careful not to venture there alone!

Do you have the card in mind? Alright, now let's talk about hero, the characters you will control to fight. At the start of the game, you must make a choice among 101 heroes available to date. 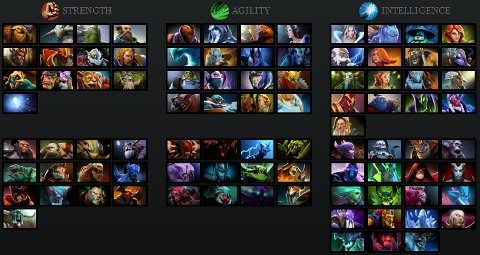 It's a lot ? To help you in your choice, we can store these hero in different categories. First of all, the types of attack, melee or to distance. Then l'main attributeas an strength which mainly influences health points, the agility which affects damage, attack speed and finally intelligence which affects mana and magic attacks.


The hero can also be classified by roles. Different roles stand out:

It exists still other roles, but I am showing you today only the most important ones, no need to get lost from the start!

A game like Dota 2 brings together a lot of fans, who says fans means community and knowledge sharing. Here are some useful links to refine your culture Dota 2 as well as some tools:

You have the main lines, the base of the base to get you started in the game. Some themes were not tackled voluntarily, such as store, the functioning of steed for example. In the next issues, I will offer you more in-depth content.

It's time for you to get started in the game, advice, do the training entirely before you start playing against other players you will learn some important new things!