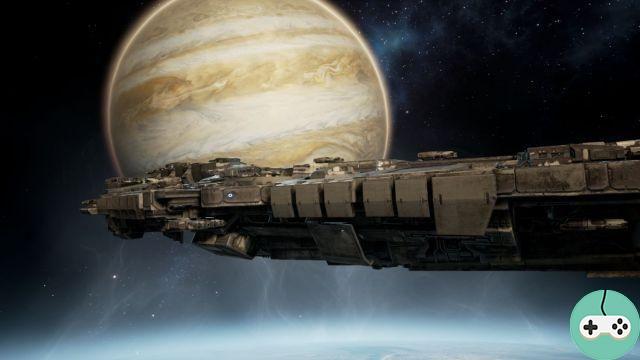 Available in closed beta since April 29, Dreadnought is a 5v5 multiplayer space action game. I had the opportunity to enter the beta and play a few games.

It all starts with the creation of the character. There are currently not many possibilities beyond the choice of gender, with about three options for each: faces, colors of the outfit, hats ... I opt for a purple uniform with a cap. Namely that it is possible at any time to change this appearance without any cost. 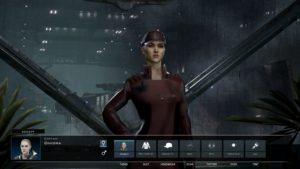 The game then introduces me to the basics via a tutorial. I am in space in a neutral environment, with the objective of destroying a target. The ship is controlled by keyboard, arrow keys or the usual ZQSD. To shoot, it is important to be within range and this is determined by the color of the reticle:

I wander around a bit and shoot down my first targets with the left click, while zooming with the right click. Four specific capacities are available, with varying loading times. In the case of the ship I currently have, this allows me to deal additional damage with abilities one and two. The third is an anti-missile laser, while the fourth amplifies armor. 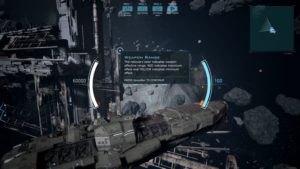 The two gauges in the middle of the screen show life (left) and energy (right). Both go back automatically over time and are consumed by taking enemy fire or using abilities respectively. It is also possible to use energy to amplify an aspect of the ship: speed, shield or weapons. 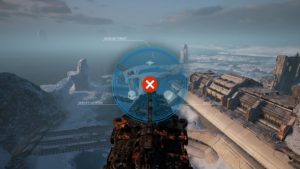 Five ships are available at the moment in my hangar, on loan from a nice merchant (hence the prefix "Trader"). If you don't feel like delving into the statistics, two gauges give an outline of each according to two criteria (speed and armor) and they are classified between the ranks of light, medium and heavy. There are rather balanced ships (Athos, Aion and Svarog), a tank that puts everything in the armor (Zmey) and a scout who on the contrary makes speed his main asset (Valcour). 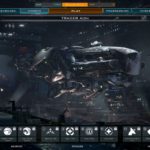 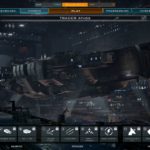 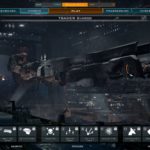 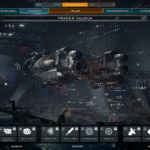 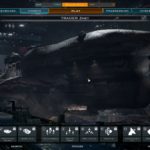 The customization tree concerns the progression of the character along different axes: ships, weapons and modules, officers and appearance. So, with each rank gained (there are 25 ranks currently available), I will unlock new abilities. Of course, being still a beginner, I still have nothing accessible! 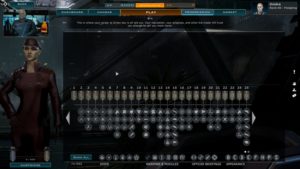 It is therefore more than time to play a few matches by clicking on this orange button which has attracted me for a while. Three modes are available: Team Deathmatch (reach the death limit before the enemy does), Team Elimination (survive and eliminate the enemy team) and Training Match (test environment to develop skills). The strategy is simple once in play regardless of the mode: shoot others and survive as long as possible. 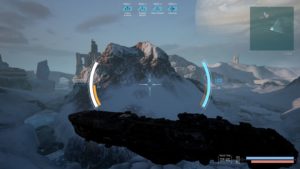 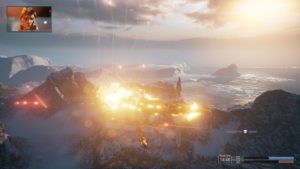 Depending on the ships, the combat is more or less dynamic. With little Valcour, you have to avoid other ships as much as possible in order to survive. Hit and run away. Whereas on the contrary, the big Zmey is slow, unwieldy, but able to take much more than the others. The quiet force ! 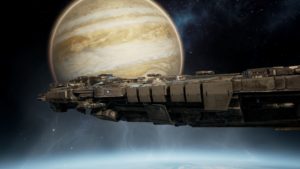 Having recently tested Fractured Space with the developers, I can only be tempted to compare these two space combat action games. Without a doubt, they are very similar, as much in the mechanics, the graphics as the modes of play. Dreadnought proposes a game simpler, more nag, where there is not a great strategy to deploy in order to win. Just shoot the other enemy ships to take them down and win (although that can sometimes be less easy to do than say). The game takes place near planets, offering greater diversity in the environments. Fractured Space him propels us into space and integrates a greater strategic dimension, where the team must really think about the points to attack and the means to exploit the weak points of the enemies. Either way, they offer dynamic space battles, impressive large ships, and great graphics, all in free-to-play! I admit that I find it hard to say which one I prefer, so I would advise you to test both to get your opinion!

However, as Dreadnought is currently in beta, you will need to acquire a pack if you wish to join the battlefield without delay. Two packs are on sale, the Hunter Pack (€ 9,99) and the Mercenary Pack (€ 39.99). You will be able to obtain ships, virtual currency and upgrades for progression.


Do you want to be up to date and know all the tricks for your video games? In gamesmanagers.com we enjoy playing as much as you do and for that reason we offer you the best tricks, secrets or tips for you to play non-stop. We offer you quality content and always updated to keep you up to date. That's why, in our website, you will find not only videogame guides but also tricks, secrets and thousands of tips so you can play to the limit. Are you ready to get it? Enter now and enjoy your videogame!
Heroes of the Monkey Tavern - Go on an adventure! ❯