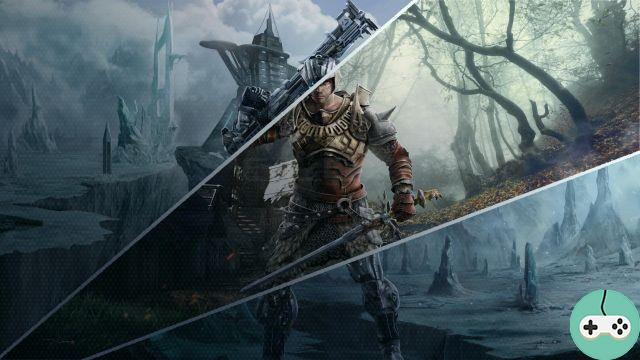 In the world of open-world RPGs, we had a very, very heavy struggle with Skyrim, which has conquered many players' hearts. Others have tried it, like Fallout 4 to take the most recent of the saga. Here we have the little gem from THQ Nordic and Piranha Bytes, what is it really worth?

Maggalan, the planet you live in, has been hit by a comet. This, in addition to the many damage it has caused, signs the appearance of Elex, a material at the origin of all the evils of this world, but also capable of improving it. This substance develops strength and endurance, endows people with abilities, but all at the cost of their humanity. Each faction tries to use it differently, and for their own purposes ... 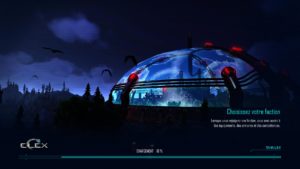 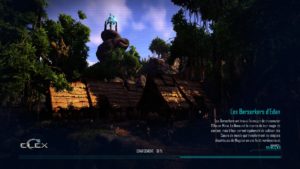 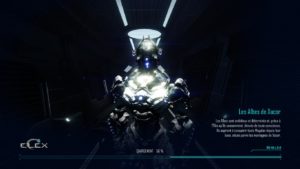 You are greeted in the game by a cutscene presenting you the different factions of the game which are four in number. Each of them has a specific purpose and a story of its own ... but we'll get to that later. Following this, a secondary cutscene is triggered, and you quickly take control of Jax, a former Albe, who visibly finds himself running through the woods with an iron bar. We have known more glorious ... 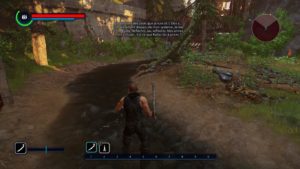 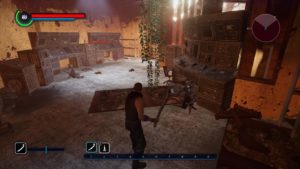 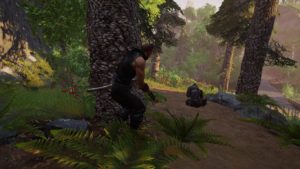 After a very nice although quick tutorial, you are ready to travel the world and to go a long way to find equipment, since you have just been stripped like a mess! Then comes the first meeting with an NPC ... First detail that shocks me a little: as much the faces are well done, as the characters have a certain rigidity during the dialogues (even if it is not a generality), which makes a little stain. But it's not very disabling either, you get used to it quickly. You walk around, you collect some equipment. Surprise, you can loot absolutely EVERYTHING! From wine on the table to the lance hanging on the wall, including the table knife! 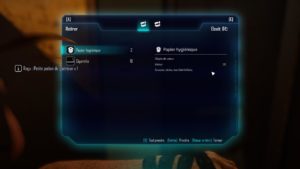 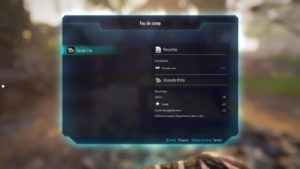 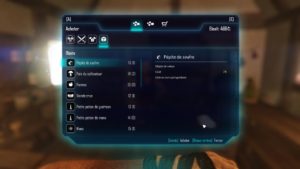 When you get to town, you're treated to a few dialogues and presentations, and this is where the real game starts. You quickly have many dialogues and quests that fuse, many opportunities to make you money, equipment, as well as companions for the continuation of the adventure. 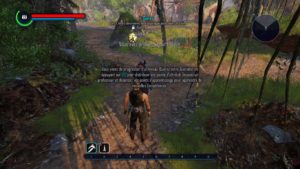 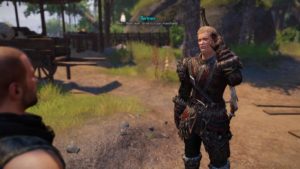 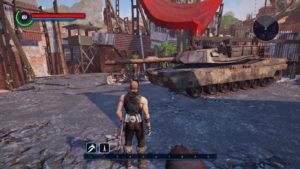 This will be your first real area where you can trade and huff without fear of being eaten by a mutant rat, or even a trigger addict! The hardest part is knowing how to distinguish between achievable quests and those that are far too complicated for the moment.

It happened to me to die many times because of quests which send me to the pipe breaker because the difficulty is not indicated at all. It's pretty funny at first, but it gets frustrating when its objective is just the house surrounded by poison-releasing plants, or a mech-guard (type ED209) armed to the teeth. 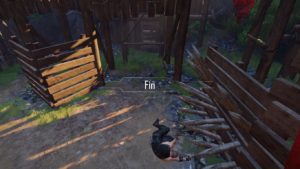 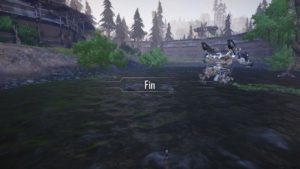 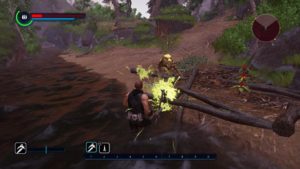 Your basic equipment is simple: an iron bar and a jet-pack. You can quickly recover various weapons provided you meet the various prerequisites. Depending on your faction, you will have equipment and abilities that you will be authorized or prohibited, in order to respect the rules in force. Of course, you can break the rules at your own risk. 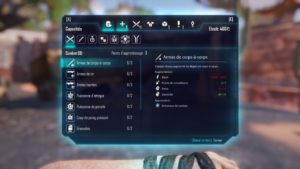 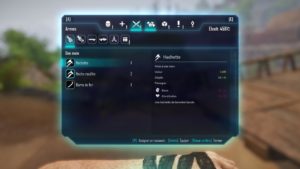 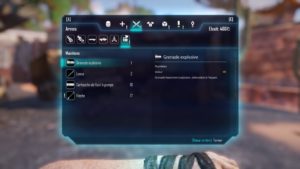 The fights are also tactical ... because it will not be enough to rush like an ox to kill a creature. Often, these are particularly mounted on springs, and will give you a hard time. One of the small gray points of this game remains the difficulty which is sometimes very poorly balanced on this part of the gameplay. Sometimes, even well equipped, you will have to do a lot to not lose too much fat: stay static.

Magallan has an incredible talent ...

The talent and skill point system, although quite basic, offers you to make some crucial choices for the rest of your adventure. The easiest way is to give yourself a goal, and stick to it if you don't want to be restricted by limited attributable points. A manufacturing system is present in the game, although a little hidden. 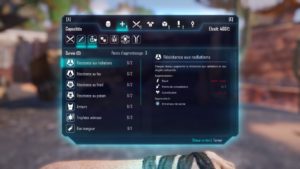 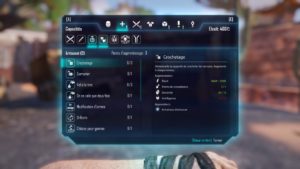 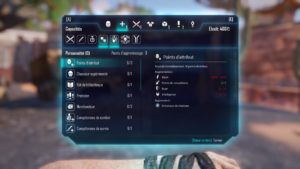 Obviously, you will have choices to make depending on the factions that will give you possibilities of abilities, which it would possibly be wise to do.

Four main factions are at the center of it all.

The Albums: they are the ones who are portrayed as the villains of the story. They have managed to control the Elex in such a way that they are feared everywhere. For them, the Elex is theirs by right. However, Alban separatists try to block their way ... but for what purpose? We do not become Albe, we are born Albe.

The berserkers: they are above all warriors, mages, cultivators who strive to make the world look green. For them, technology is bad, and you risk severe condemnation by showing it off or using it in their cities.

The Clerics: they worship the god Calaan, who guides them. Their goal ? recover and restore the technology of the golden age of this world.

The Outlaws: without faith or law, they are brigands, thieves, assassins who respect nothing, not even those of their group. Their main activity? Looting.

You will be able to join any of these factions, which will give you different gameplay depending on your choice. Different companions will also punctuate your route, and this could be a game-changer, like the gaze of other NPCs. 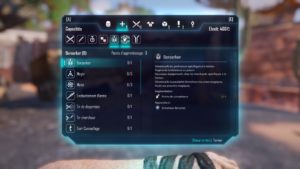 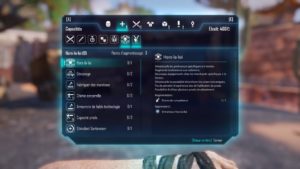 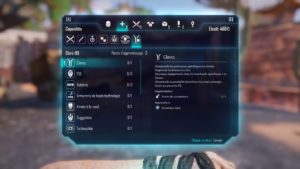 You will have many choices in the dialogues. These offer the ability to shape the way people look at you, but suffer from a flaw I've encountered in other games of the same type: inflexible dialogue. You know, it's those MANDATORY dialogues no matter what you do ... otherwise the story just doesn't unfold. It's a bit of a shame, but sometimes you have to know how to put water in your wine as they say ... 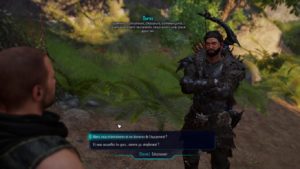 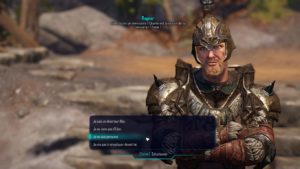 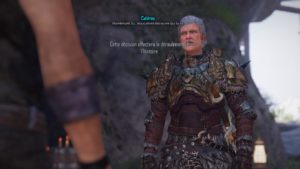 In addition to these, the characters have reactions following your choices and will react accordingly. It happened to me that I had a sword thrust in my guts because I sent a character to see elsewhere if I am there. Conversely, some characters may respect you and join your group afterwards, as they will appreciate you.

Each sentence can be the last of your epic, like the first of your friendship.

We are clearly in a game that offers a good visual experience. If we forget a few rigidities in the different characters, and a few small hiccups here and there ... the game quickly becomes immersive and addicting. Between the post-apocalyptic settings and the return to nature, there is something for everyone.

The story of betrayal, conspiracy, rival faction ... it's classic. But here we have a little extra that allows us to feel very comfortable and that makes everything go smoothly, with this little extra of the different factions offering several points of view.

An interesting gameplay that allows the player to make choices that are decisive for his story. Choices that also impact the way he plays, and the relationship between him and the NPCs. It is well known and, yet, once again, it hits the mark.

To be honest, I was looking forward to this game. I am not disappointed at all, and I adhere to the coherent universe that emerges from the title. Only a lack of long-term content really taints the picture, but after all, the best things come to an end. I have surely forgotten a lot of little points that add up to provide a complete and entertaining gameplay, but how do you get around a game without spending hundreds of hours on it?

For those who have never had this type of game in their hands, I advise them to watch some gameplay videos on the net in order to definitively give you your opinion. For the others, I think they will be able to appreciate as long as they do not compare it, in terms of content, with the monster that is Skyrim or Fallout.

add a comment of ELEX - Between technology and magic