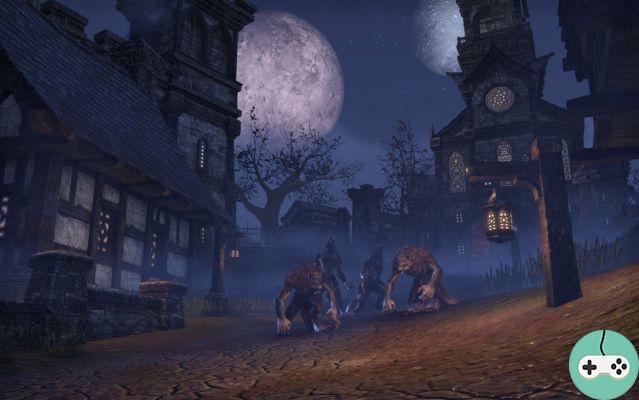 Our colleagues at Ten Ton Hammers have recently published many guides for getting started in TESO. We present here a summary of the one concerning more particularly werewolves, vampires and guilds by adding some additional information! 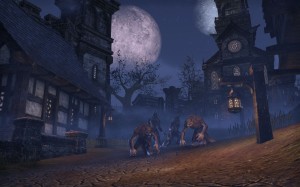 In TESO, you will find, at launch three guild trees and two of "diseases". There is a lot of misunderstanding about these skills and this article will hopefully shed some light on them.

First of all, you can join all NPC guilds in the game at once : mages, warriors, and later thieves. The guild of thieves as well as the dark brotherhood will be added soon but are not present at launch.

Here is a description of the various trees in the "Guilds" and "World" category, including werewolves and vampires, and how to obtain them.

Available as soon as you exit Ice Haven, in the first big city (Ford of Davon, Ford of Vulkhel ou Dagestan), you will find the guild building on your map. You earn "reputation"(experience in the skill tree) with this guild by killing undead and daedra as well as by completing the quests offered by the officers of this guild. The skills focus on the damage done to the living dead, to the vampires and, through the passive skill "seasoned tracker", to the werewolves.

Like the Guild of Warriors, this guild becomes available in the first major cities. His "reputation" is obtained by completing quests for the guild and by discovering rare books (glowing purple) across Tamriel. The skills of this guild are concentrated around magic and improving magic abilities.

This is a group of adventurers that you can join by visiting the taverns from the first major city you visit (indicated by a mug). It focuses on the adventure in instanced dungeons. This guild provides skills that all have synergies and are very useful in groups. Once you have completed the first instanced dungeon as an introductory quest, members of the Indomitable will show you the locations of other dungeons of your level across Tamriel and you will be able to get there by teleportation (regardless of your home faction). Think of return to see them when you take levels so that they show you the locations of the following dungeons !

This is the skill tree linked to your progress in the main quest of the game and allows you to capture souls for your Spirit Gems. Two skills should be retained: "Soul Prison"which passively grants a 5% chance to capture a soul for each monster killed, and"Soul Summon"which allows you to revive without Spirit Gem once every 2 hours.

This skill tree can be acquired from level 15 (technically, from level 4, but the quest allowing the "validation of the state" is level 15). For this you will need to be bitten by a vampire, whatever be a very special monster that is only found at certain times in a certain place, or by another player Having the ritual skill to turn another player into a vampire once every 7 days. Once infected, you will be presented a quest to accept or reject this state (and therefore the skill tree). If you refuse, you will not become a vampire and will still be eligible to become a werewolf later (NB: it will normally be possible to heal from vampirism afterwards). Vampires are more effective at night, and the evolution of their state works in stages, making them more vulnerable to fire and reducing their regeneration of life in broad daylight. These levels depend on your degree of "hunger".

This disease works like vampirism, and contracts in the same way, also requiring a validation quest to acquire the skill tree. Lycanthropy allows you to use a werewolf transform skill, transforming your attack based on your stamina score and granting you many attacks specific to that state. A werewolf alone might be vulnerable as they will not have access to all of their armor or attached weapons and skills in this form, but the strength of werewolves lies in the pack, as they have skills that increase in addition. in addition to their abilities when they are in a group.

add a comment of ESO - Guilds, Vampires and Werewolves