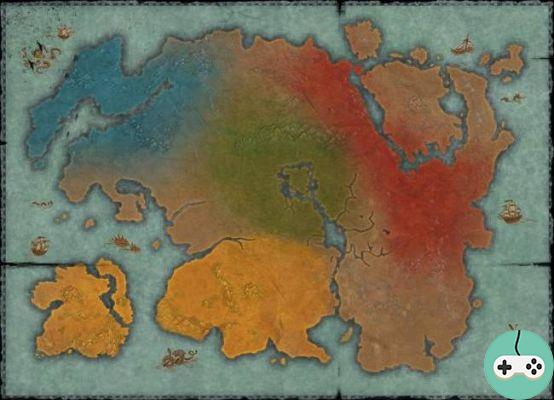 Although the article does not bring real news, TetonHammer gave a brief summary of what can be expected from the Alliance wars between the 3 factions for the control of Cyrodiil, the imperial city, a large central area. 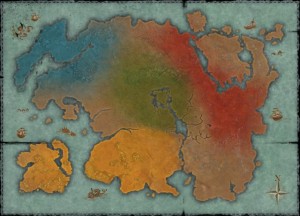 Players will be able to access PvP at level 10, so the system will change the stats to allow all players to be competitive. It won't unlock high-level skills, just inflating stats and making current abilities effective.

As there will be only one server (mega-server), Cyrodiil will be duplicated in the form of campaigns, running independently of each other, with a lifecycle of several months (according to rumors). At the end of a campaign, a winner will be designated and the campaign will restart. Any player will be linked to a campaign, even if they plan to offer the possibility of changing campaign (to join friends for example).

The central area is itself separated into 3 sub-areas, one for each faction, with strongholds, buildings, farms and fields. The principle is simple: keep your territories while capturing all enemy points. Depending on the points possessed, we will gain in influence or efficiency until the ultimate goal: control of the Ruby throne. Attackers will have to control strategic points (such as the castle courtyard or the forge) to gain general control of a fortress. If they get there, once the fortress is captured, it becomes possible to use the supply chain to which it is connected to teleport to another location, also connected, thus avoiding a long and boring walk! 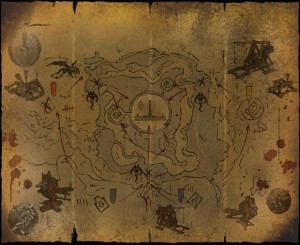 A long-awaited feature concerns the use of siege engines, making it possible to gain efficiency in destroying the gate of enemy fortresses but beware of boiling oil. It will also be possible to work in synergy with the other players, in order to use the full power of the war machines and to destroy the gate more quickly. Finally, there are of course the Elder Scrolls themselves, those powerful relics of Tamriel that can be collected and controlled, offering an upgrade to any faction that owns them.

Scheduled for around 2000 simultaneous players, the developers plan to display 200 characters on the screen with no major performance concerns.