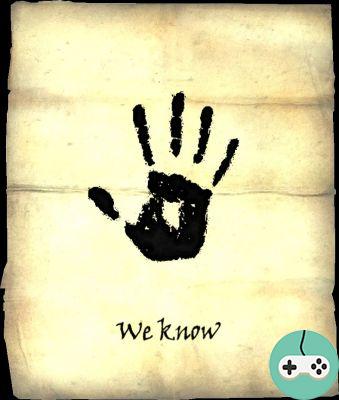 During the ESO Guild Summit 2014 many new features and improvements were discussed, among them the justice system was presented. Thieves or robbers stalkers, you will have your work cut out for you!

Unlike other Elder Scrolls where you only had to worry about NPCs when you committed some forfeit, on TESO you will have to take other players into consideration, MMO requires. As a player, you can either take the role of Enforcer (either executor, the right hand of justice) or that of Outlaw (or the outlaw, the bandit who ... explanations). Which way will your heart tip? 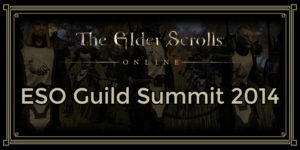 To become an Enforcer you must go to a Enforcer Tower (Tower of the Enforcers) usually located outside a city wall. There you will get your tabard which will signal that you are a recognized Enforcer. You will then be able to see the ongoing crimes and engage in a fight to the death with the bandits. This particular PvP even allows you to fight someone from the same faction, as long as they're an Outlaw.

If you witness a crime, you must hunt down the perpetrator and prevent him from reaching "L'Outlaw den" (the lair of outlaws). These places allow them to be safe and the Enforcers cannot venture there. They can also sell their loot there.
The tabard can be worn at any time, you don't need to take it off. When you wear it, you see if someone is paying a premium for their head. If so, get to work! Eliminate the outlaw, collect the stolen goods and take them to the Enforcer Tower to receive a reward. 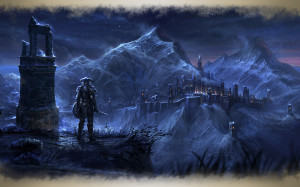 Side JcE, Being an Enforcer allows you to discover clues throughout Tamriel that will lead you to a secret hideout of bandits.
These haunts contain coffers which can be filled with loot (to bring back to the Enforcer Tower) or miscellaneous trinkets that are not worth much. But beware, the cellar is a lair and the bandits will dearly defend their loot. Chests can be trapped and you can detect these traps by switching to "sneak" mode. If you manage to defuse a chest, there is a chance to get it and use it against a bandit at any time.
Unlike dungeons and caves in TESO, outlaw lairs are not mapped. You will have to explore them from top to bottom if you want to unlock all their secrets.

There are a few things in the system that players might not like. When you are an Enforcer, you can no longer represent your guild. In addition, the tabard prevents you from wearing a costume since it takes the location of the latter.

Outlaw: What's yours will be mine!

On the previous Elder Scrolls, you had a pretty good life, highwayman. On TESO, you will become paranoid. Is there an Enforcer in the corner ready to pounce on you? But those beautiful trinkets in this NPC's bag make you so crave ...
You will be able to rob and kill NPCs, but not all of them so that other players are not penalized if an NPC necessary for their progress goes missing. You will not be able to kill the city guards either: they will be doped and almost invulnerable.

By approaching an NPC while being stealthy and Outlaw, you will be able to pocket them. An option is displayed "Pickpocket [PNJ] (50) " (rob the NPC, 50 being the percentage indicating your chance of success). A sort of mini-game follows. If you wait a bit and the NPC moves, the percentage drops to 75. You can get items, gold, and their underwear (yes). Some items mentioned during the Guild Summit could represent a good jackpot or lead you to bigger loot. We are talking about very rare equipment.

Anytime you do something wrong and get caught red-handed, your fate will be different. Depending on the seriousness of the offense, you may be accosted by a guard who will put a Prime on your head or a signe on you or both. These signs are like the stars in Grand Theft Auto - the more you have, the more wanted you are. You will always be subject to a bounty for your life as a result of being caught in the act.
An example is given: you steal an apple from a merchant's stall. Your bounty for your arrest will be 1 (it can go up to 20) but your signs will be 5. The guards won't pay too much attention to you who just stole a small apple and they are too lazy to intervene. for that.
On the other hand, if you steal an apple and then try to break into a house, your bounty will go up to 10 or more and the signs on you will no longer be 5 but instead of 20. As soon as you are seen, the signs are climbing.

When you are safe in the Outlaw Den (the lair of the outlaws), your signs and bounty diminish or even disappear. You will be able to return to your delicate occupations.
If you are wanted, you have two options: run away or be captured by a guard and pay your fine. If you pay or get killed, you lose your loot.
If an Enforcer has fallen on you, you can resurrect and pursue it by trying to intercept it before it reaches the Enforcer Tower. If you kill him in turn, you will be able to recover the stolen goods that he took from you.

When will this system which is very exciting on paper be put in place? We won't know. A single poster illustrates it all ... 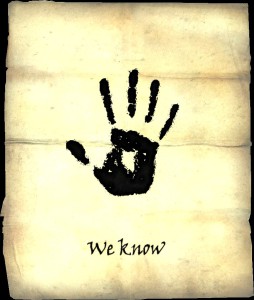 For the moment, we will therefore have to be content with our imagination, dreaming of battles between Enforcers and Outlaws.