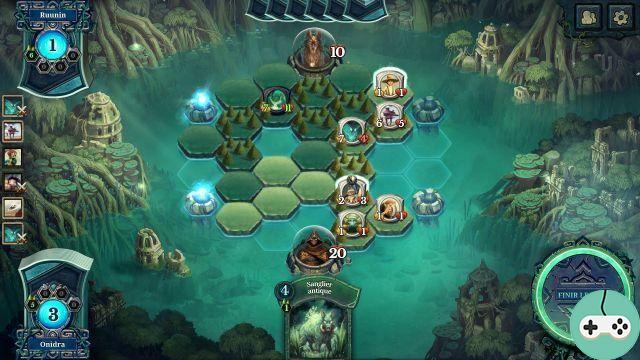 When I first heard of Faeria, I must admit, I immediately thought about finding a new HeartStone clone. But, as we like to say at home, we must give the product a chance! And I did not regret it !

It all started with the passion of two men, Jean-Michel Vilain and Martin Pierlot, who started working on a small side project until finally devoting themselves completely to it since 2013 thanks to a successful Kickstarter campaign and public funds. Belgian. To best meet expectations, and evolve with the market and investors' expectations, the objectives change and the game initially planned for Flash goes under Unity, thus offering the support of several platforms. The game clearly takes its original inspiration from card games (TCG) and in particular from the indestructible Magic but other concepts come to renew the genre including the living board where the two players redefine the board as the game progresses. . 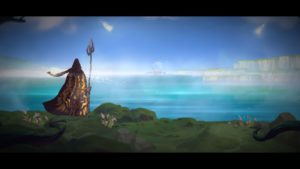 After this instructive reading of the press kit, I begin my first part and am immediately charmed by the pleasant graphics and the fairy tale atmosphere. A little spark takes me to the tutorial where I follow the wise advice of Fugoro, a frogman who is my guide in this initiatory quest. Surprisingly, I don't put a card down first, but place building blocks on the board and then understand what they meant by "living board". Initially, the board is empty and each side builds its way up to the enemy and his minions. 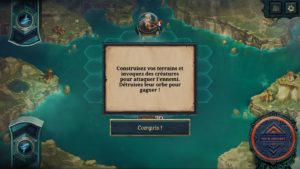 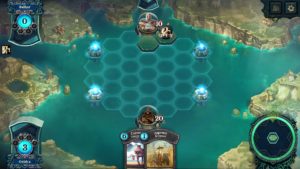 This is all the more strategic with the presence of faeria wells which generate mana each turn, a bubble that can be recovered by any servant on an adjacent square. There are thus four wells, so four places to potentially occupy by putting next to the servants. On the board there are also special lands to manage, needed to summon special minions (bears love forest, fishes water, and infernals love fire to name a few) but these special lands are more Dear. Thus, each turn, it is possible to build a special land (forest, desert, water or mountain), two normal lands, to draw a card or to gain 1 faeria. It is therefore necessary to choose carefully what is best suited to the situation. 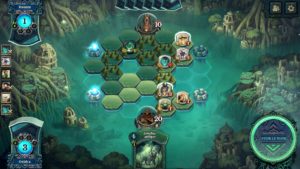 Then comes the usual cost of cards: faeria cost (mana), attack value and life value. As in any card game, when there is opposition, it is played between the attack of the placed card and the life of the opposite card. To be able to attack, after a latency turn (except in special cases), the creatures must be close to the enemy card, which must be considered by intelligently placing the tiles on the board to be able to attack and defend themselves. 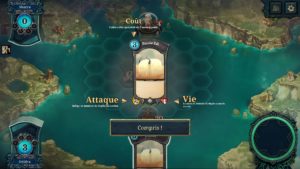 A good thing, faeria points not used during a turn are kept for the next turn. Thus, it is possible to accumulate points until you have enough to play big cards at a high cost (in a classic game of TCG, it is suddenly impossible to take out a card with a cost of 9 before a certain number of turns). Not to mention the points collected in the wells plus any bonuses given by various special cards.

Because yes, of course, cards have special powers, such as those with haste that land, attack and move in the same turn or those with provocation that must be attacked first by any adjacent card. There are event cards, which perform their actions, then disappear (such as inflicting 1 point of damage). As a very vicious card, I really don't like the one that moved one of my tiles to me or the servant who jumps! 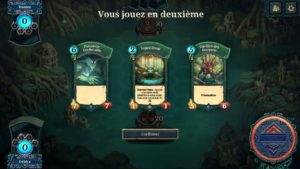 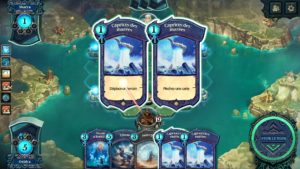 The game is completed by all the classic TCG features with deck management (registration of 30 cards) and crafting (card disenchantment, allowing you to obtain Memoria to create new cards). Pre-determined decks are unlocked as the solo adventure progresses. After the green beginner (= forest), there is the red beginner (= fire) then the blue beginner (= water)! 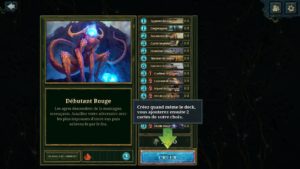 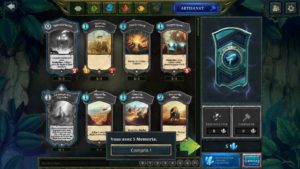 There is of course the management of the profile and the friends with all its cosmetic elements to unlock: avatar, orb, card back and well ... 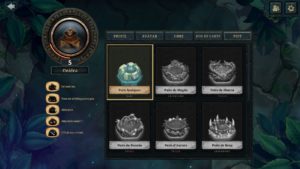 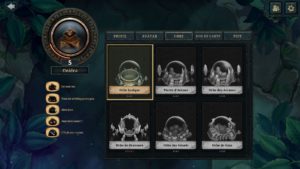 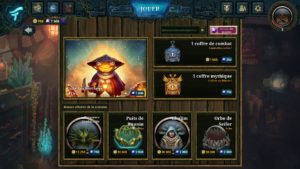 In conclusion, to summarize Faeria in a few points:

Free, Faeria is an entertaining game which does not completely revolutionize the TCG genre, but brings a welcome new note. I really liked it and if you are looking for a HearthStone alternative then you should really give it a try. It's free and available both on Steam and on your iOS mobile (soon on Android)!

In addition, we have keys to get bonuses!

FFXIV - Memoirs of the Seventh Plague I - The Memory of Victory ❯

Add a comment from Faeria Tales - An innovative TCG to discover