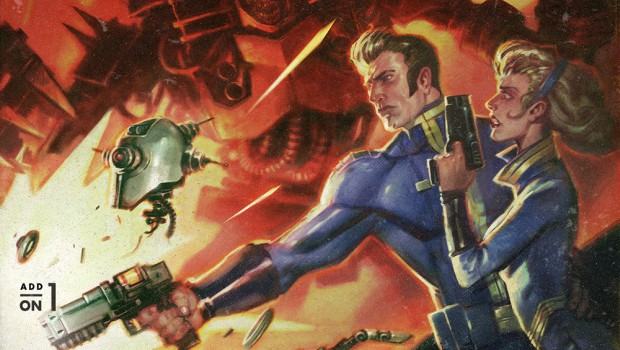 Very recently, Fallout 4 has had new official content added with its first DLC: Automatron ! If you like robots, that's good, otherwise too bad for you! We will obviously not spoil the story for you but will simply place the context for you as well as the various novelties that have been added with it. 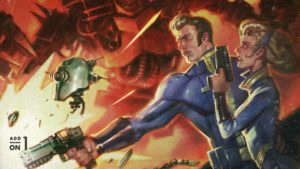 Once you are in possession of the DLC, you will be directly entitled to a new quest in-game indicating that you are receiving on your radio an emergency frequency of a caravan in distress, attacked by hostile robots! Listen to the message then go there, you will find ... hostile robots! What a surprise ! 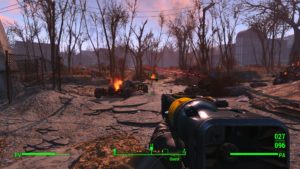 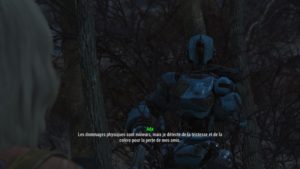 In short, this is the fight. I am personally at level 32 and it was not a piece of cake, but after 3 deaths it was! In the end, only one robot comes out, it is Ada, to whom you will have to talk. We learn that these hostile robots were created by the Mechanist ! Ada will thus offer to stop him before he does more damage to the Commonwealth, and also to avenge his friends who died by his fault, and will join your team of companions.

From now on, you will have access to a novelty in the objects that you can create in your colonies: the robot workbench ! If you're unfamiliar with settlements, we've got a guide to it here! To create it, you will already need a lot of materials: 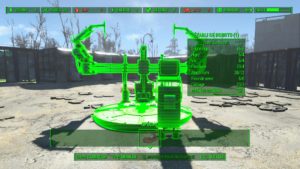 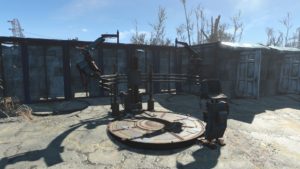 Once built, you will be able to create a new Automatron or modify an existing one, in particular Ada. You can thus modify the head, the breastplate, the left arm, the right arm and the feet, as well as the painting and the voice of the robot (except Ada for the voice). Each choice, apart from the paint and the voice which are only aesthetic, will influence the robot's abilities, namely its resistance, damage, transportable capacity and health.

Obviously, each part you replace will consume resources, mainly adhesive, aluminum, rubber, wiring, ceramics, steel, screws, etc. Note that for many upgrades, a minimum level of Scientist, Robotics expert or even Forgeron will be required. 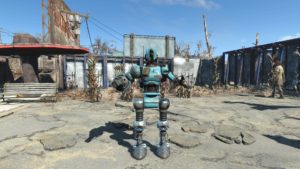 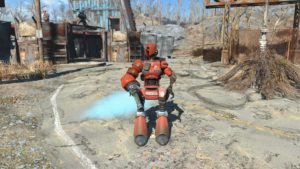 Overall, the options may influence depending on certain elements you choose, such as the torso, which will each offer you their range of choices for the different parts that can be attached to it (arms with armbands and weapon, for example).

Concerning poor, there is a choice! Claws, flamethrowers, lasers, saws, nailers and even an explosive minigun! Enough to destroy your opponents in any way possible! 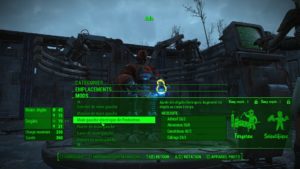 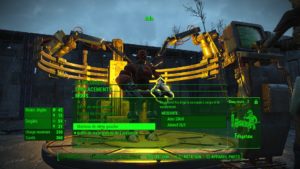 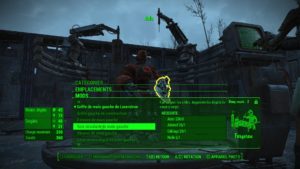 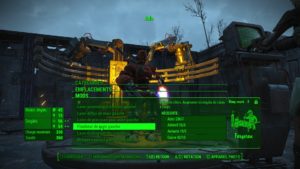 There are also several modules that you can apply and that will allow you to further improve certain abilities or add new ones, ranging from a simple improvement in lockpicking to the possibility of being able to generate fields for nearby allies that will allow various things like regenerating health or stealth.

In short, you can create your ideal companion by being able to choose whether it will be more of a hit point bag that attacks melee than a ranged assassin. Here is an example of what I was able to do with my Scientist level at its lowest and few materials, say hello to AUTOMATRON-595 (the name can of course be changed): 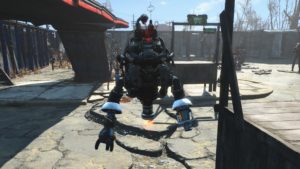 Finally, note that this DLC will not take you very long, between 3 and 4 hours only, all for a continuation of quest tostory not necessarily very original and which remains completely independent of the main one, but which will immerse you in many clashes against mechanical enemies with sometimes great rewards. We still remain on our hunger, but luckily the robot workbench will improve all that a little!

If you don't have the Season Pass, you can find Automatron on Steam below:

Add a comment from Fallout 4: Automatron - A robotic DLC!