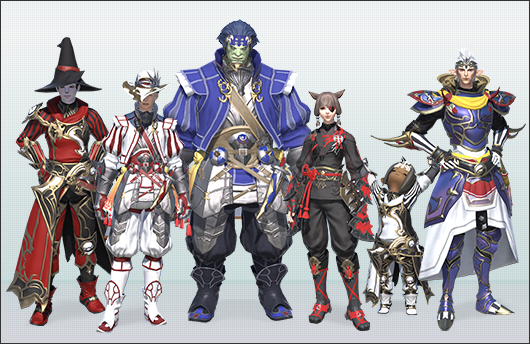 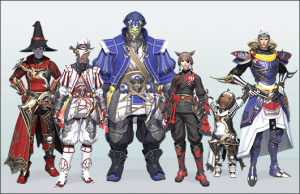 Elmoria translated us a feedback from Hiroshi Minagawa who explains to us what the notification system consists of. In fact, every 15 minutes, all players will be informed about the number of teams recruiting. This should help players use the tool and prompt them to open the window to possibly register. This notification can be hidden for players who do not wish to receive it.

A player proposed a more complete functionality: choose the content you want to play and receive a notification when groups are set up for the chosen content. But it takes too much resource work, especially in terms of memory for the Mission Tool server. They therefore prefer to implement small changes that are easier and faster to implement, while continuing to examine the options that exist to improve its operation.

Would it be possible to add a feature to select the type of content we want to play, and receive a notification when a game is created for that content? For example, if I want to fight Ifrit, I tick a box in the list, and when someone creates a team for Ifrit using the Team Finder, I will be notified.

The notification system that will be added for update 2.16 consists of an extremely simple message that indicates the number of teams recruiting every 15 minutes.

Indicating the number of new teams and sending it to all players keeps the server at a minimum.

* For the customer, it is possible to hide this notification so that it does not appear in the chat log.

This should be enough to tell the player to check the Squad Finder roster, rather than having to open the window to check if any teams are recruiting.

This feature would nevertheless be useful for the player and it would indeed be practical.

But as usual, the problem comes from the server overload.

In order to implement the requested functionality, I will give you an idea of ​​the processes that would need to be added below.
Increase the capacity of the Mission Tool servers to take into account the content in which players wish to participate and to be informed when they are available.

Add memory to the server.

Make it possible for each player from each World to register (roughly 5 players).
* The system implementation planned for Update 2.16 does not require this amount of memory.

Thus, compared to the functionality mentioned above for the 2.16 update, more memory would be required at the server level which would result in heavy overloads for the processing of the process and would require countermeasures to overcome these overloads (which could then require an increase in server capacities). It would take a long time to implement, and an increased workload to ensure the stability of the service.

It is for these reasons that we are going to implement smaller changes that can be made while keeping a minimum level of overload for the server, in order to gradually make the set more convenient to use. With respect to requests that may cause server overloads, we will continue to look at requests from each to see if we can somehow implement them as the game conditions progress. evolve. 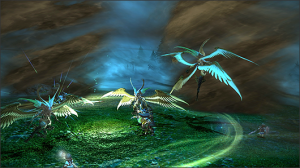 Different feedback has been translated by Reinheart, I deliver them to you in bulk:

This concludes these feedback on team research!