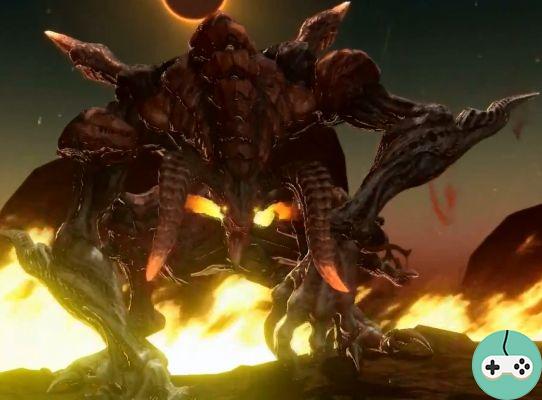 The Ascians' agents of chaos have revealed ancient secret lore to the barbarian tribes, enabling them to summon their Primals in a form even more powerful than ever. The Amalj'aa thus succeeded in bringing back their tutelary god, Ifrit of Hellfire, and the latter made short work of the special unit that the Immortals had sent to eliminate him. Will the Warriors of Light be able to overcome this terrible threat and, once again, save Eorzea? 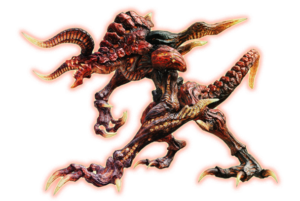 While you have to beat Titan Extreme to gain access to Ifrit, for me it is much easier to manage than Titan.

For this fight a classic composition will be required:

There aren't a lot more attacks than the brutal version, just a lot more nails and the auto attack is in a cone.

The combat is quite simple, the tank will place the boss in the north, the group will put on the right hind leg and the two healers in the west and in the center. They will exchange their places at each end of carbonization. The group moves to the edge of the room during Eruptions. At the first appearance of 4 nails, make the closest first then the turn in the direction of the needles of a watch, especially not to kill them at the same time! A single blowout will be placed on the off tank so avoid it. At the end of the nails, Ifrit will launch Hell flames, Healers should remember to stay away from the party if you have the debuff.

As soon as Ifrit returns to the room, the tank will have to position him at the top left, because the Panache radiant appears and you will have space only under Ifrit. The healers leave quickly to get back in place, we do not forget the change of tank every 3 debuff. The boss prepares to throw Charges, everyone gets in place and follows Ifrit along the room. Ifrit comes back and repeats the same pattern until new nails arrive. There will be some 8 in all, always to be done in a clockwise direction, one after the other. The off tank will still be targeted by eruptions and Ifrit will trigger explosions around it. During the nails phase, a new spell will be active, it will chain two players together, these two people will have to get as close as possible, because the farther away you are from each other, the greater the damage suffered: you must therefore to stay together ! After having killed the nails it is started again for a phase until the arrival of the last nails.

During the last nail phase, there are 13 including a huge one in the middle. You always start with the nails in a clockwise direction and you have to pay attention to the chains that connect the two people. Finally, we attack the middle nail to be sure to finish all the nails before the disappearance of Ifrit, we will use on him the melee DPS transcendence. It will be necessary that the whole group is well with the totality of their points of life because its destruction makes 3000 points of damage.

Ifrit lance Hell flames from the end of the nails phase. A final rotation of Ifrit's spells resumes until his death.

Here is the fight is over!


Do you want to be up to date and know all the tricks for your video games? In gamesmanagers.com we enjoy playing as much as you do and for that reason we offer you the best tricks, secrets or tips for you to play non-stop. We offer you quality content and always updated to keep you up to date. That's why, in our website, you will find not only videogame guides but also tricks, secrets and thousands of tips so you can play to the limit. Are you ready to get it? Enter now and enjoy your videogame!
GW2 - Fractal: Cliff side ❯