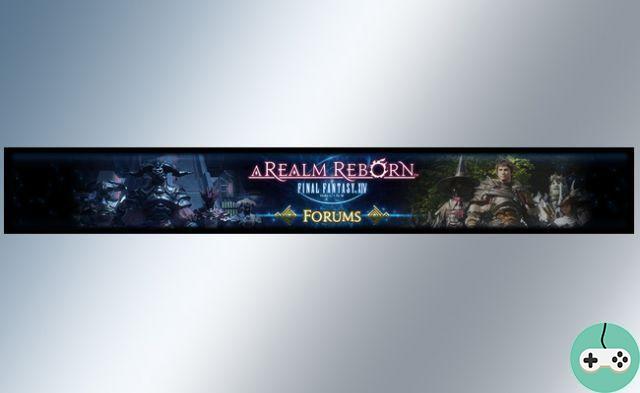 The producer director returns once again to the state of the servers, the measures taken and the next bugs to be corrected.

We learn good news for those who could not buy the game: the sale of the downloadable version is back!
Yoshi also explains to us that the servers dedicated to instances still have some concerns. The team is doing everything possible to correct these bugs as quickly as possible.
Soon the producer will further detail the world transfer service, by answering several questions such as the most crowded worlds, and the functioning of the service.

This is Naoki Yoshida, producer and director of FFXIV: ARR.

Since the extended maintenance that took place on September 12 (JST), we have been able to monitor game trends over the weekends and I want to update you on the current status and future plans.

Service status during the weekend

I apologize for the inconvenience caused by the September 12 maintenance performed for all Worlds on the Japanese data center. During this maintenance, we divided the mission tool servers into three groups, added additional Worlds and instance servers, improved the login and lobby servers as well as the search server for the mission tool. and we managed to achieve the level of performance that we wanted from the start. Thus, it was possible to divide the most crowded playing hours in North America and Europe according to the different time zones for each country and we were able to operate with a constant number of simultaneous connections. The peak period in Japan is from 21 p.m. to midnight, and even during this period, comparing to the pre-maintenance situation, it was possible to operate with an additional 40000 users logged in simultaneously. In addition, thanks to the automatic disconnection function, it was possible to maintain a constant number of simultaneous connections and to increase the number of players per Worlds throughout the maintenance. We have finally just removed the restrictions on access to Worlds. We will continue to monitor the situation closely with feedback from each of you and plan to make further adjustments to the auto-logout feature.

There have been a few instances of server failures leading to maintenance, but the causes were different and I would like to explain this step by step below.

Resumption of sales for the downloadable version

By strengthening our infrastructure, we have completed improvements for additional Worlds and instance servers for new players. These new Worlds, as well as the distribution of players that did not pose a problem, sales for the Windows and PS3 versions will resume today for the United States and Europe, and the next day for Japan. I would like to extend my sincere apologies to the customers who had to wait to play, as well as to our distribution partners.

We continue to monitor server overload conditions as well as the arrival of new players in order to optimize the number of downloadable versions available.

I touched on the situation for overcrowded worlds and how they were set up in my previous post, and I was asked what exactly are overcrowded Worlds. In order to answer these questions, I would like to explain the following points and provide you with advice before commissioning the World Transfer.

We are preparing the answers to these questions to coincide with the commissioning of the World transfer. I thank you for your patience.

Now, with improving the capacity for each World, implementing the auto-disconnect feature, and making it easier for everyone to access the game, regardless of the differences between each World, we've also made the creation new characters in each more flexible World. After sales resume, we anticipate a further increase in players creating new characters, so we may find ourselves forced to implement temporary restrictions again; however, this will be more flexible thanks to the World transfer service. We plan to respond to requests from players wishing to create two or three characters for the same account and on the same World while monitoring the situation described above.

The following points have been confirmed as the main causes for server failures.

For the first point, although rarely, this continues to happen due to the actions of the characters that are performed on the field. We are working quickly to find the cause and correct it.

The instance servers mentioned in the second point are linked to specific content by Worlds to which players are transferred after using the mission tool. These instance servers are not part of the main worlds and operate separately, only for instances. A few dozen instance servers are up and running, but if one goes down, all content played on that one is erased and players are disconnected. This is also due to memory corruption and we are investigating the causes in order to correct this.

We are working hard to correct both of these reasons for server failures and will continue to do the same in the future. I would like to apologize to you but this will be resolved as we improve our infrastructure.

This only concerns the Worlds present on the Japanese data center.

As I mentioned, compared to peak times in North America and Europe, Japan's is very concentrated at specific times.

I think there are various factors contributing to this, such as the lifestyle of the players and access to other forms of recreation, but the peak period is mostly between 21pm and midnight.

The number of users playing during this period on Fridays, Saturdays and Sundays is further increased, and the slowdowns, increases in connections and disconnections and the volume of content loaded and deleted are considerably higher during this three-month period. hours

On the number of players logging in between September 13 and 16, the average of those accessing an instance reached almost 24% (that is, out of 100 players, 24 of them participated in pending content).

Last night's emergency maintenance was performed because the cycle of loading and erasing content was happening too quickly. Instance servers therefore crashed as server memory became increasingly fragmented, reducing the memory that could be used. In addition, the number of connections following this created a significant overload on the lobby servers which created even more complications. This was to be done along with other more general fixes, but was done during emergency maintenance last night.

Because instance servers quickly create and erase content, memory resources are quickly depleted. Therefore, we have decided to adopt a regular restart method in turn by servers in the afternoon, when the number of players is low enough, in order to avoid prolonged maintenance, and we will perform maintenance on the servers. instance, each in turn. The major advantage of this method is that it does not affect the general service because these maintenances will be carried out consecutively. On the other hand, it is difficult to implement the method of restarting the servers in turn when there are many players connected, and since there are a lot of people playing in the afternoon during the weekends, it will be limited to days of the week.

As explained above, instance server utilization is extremely high, especially on weekends. Since we determined that the restarts during the week would probably not be sufficient to ensure the resources in memory, we decided to follow the following schedule for the Japanese data center:

The period between 6 am and 8 am (Japanese time) has the lowest number of players and the consequences of maintenance during these hours will be less. Implementing maintenances on Friday and Sunday mornings will reduce the need for emergency maintenances like last night, and increase stability and playing comfort during weekend nights. We thank you for your understanding and cooperation.

We will try to complete the maintenance in as short a time as possible and keep you informed.

In the future, the development and management teams will do their best to provide comfortable playing conditions, and we thank you again for your support.

We have managed to improve the scope of service and resume sales, and starting tomorrow we will be in Makuhari for the Tokyo Game Show.
Here is our schedule for TGS 2013:

During these events, we will keep you informed about our current and future projects concerning Eorzea (in other words, the information on the patches…), do not miss it!

Of course, I'll be accessible and look forward to meeting the players, so if you're planning on attending TGS 2013, don't hesitate to stop by the Square Enix booth! (Go here for more details.)

So who is going to buy the game?

add a comment of FFXIV - State of the servers: explanations of Yoshi