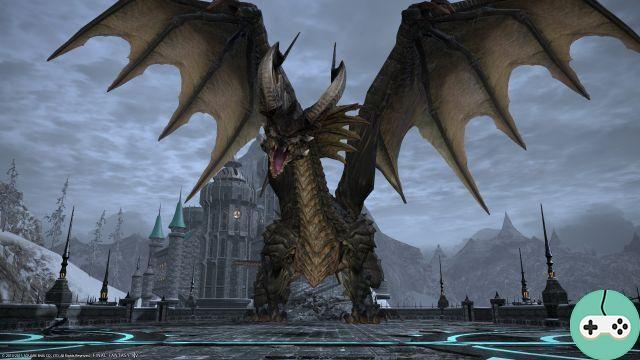 The second and final part of the Before the Fall update has been available since Tuesday, March 31, and it has added a new raid for 8 players: Siege of the Holy City of Ishgard.

To access it, you will first have to progress through the new Epic quest series added in this same update, until you unlock the raid in your mission tool.

Once unlocked, it's time for action! I offer you a video of the successful confrontation:

This raid will not look like what you have seen before. Indeed, it will be only one and only confrontation vis-a-vis a gigantic dragon of the name of Vishap which will only advance on the bridge leading to Ishgard by destroying all the obstacles being in its path. In addition, the confrontation will not end until you have killed the dragon or managed to fight his way to the holy city. You will be able to come back to life during the clash and return to the fight. Here are the explanations. 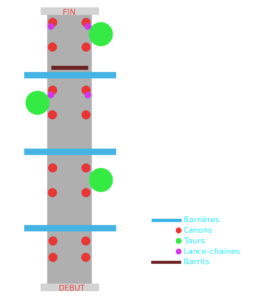 The area has several notable elements: cannons, barriers, towers and chain launchers. When you arrive in the raid, you will find yourself facing the dragon which will start to move forward when you go to attack it. This guide will be broken down into several parts: the overall presentation of the roles and elements to which you will have to pay attention throughout the fight and the 4 parts of the confrontation which are separated by the 3 barriers.

The group is made up of 2 tanks, 2 healers and 4 dps. The dragon cannot be tanked, it will only advance automatically throughout the fight and destroy the elements in front of it when it crosses them. There aren't a lot of things to watch out for and if everything is done correctly, the fight is easy. 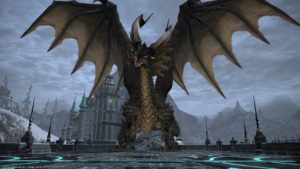 First, it will be necessary to assign the role of the cannons to 2 players, normally 2 dps or otherwise 1 dps and 1 healer if the remaining healer is well equipped and trained. The rest of the group will constantly position themselves under Vishap avoiding his paws which do a lot of damage on contact (almost 90% of a non-tank player's health)! The tanks will have to recover the additional monsters that will appear and will be careful to stay under the dragon. The remaining dps should mainly focus on the boss who must imperatively be killed before destroying the Ishgard Gate, they can however assist on the adds with area attacks. 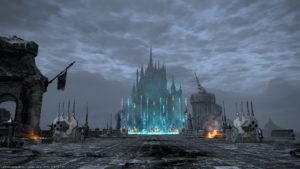 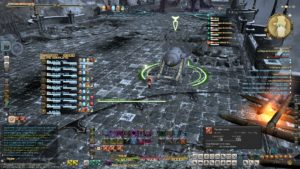 Players with cannons will have to shoot the adds, but will also hit the boss if they are under the boss, hence the need for them to be there. Cannons have 3 attacks: 1 damage attack, 1 slow attack, and 1 stun attack. 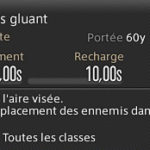 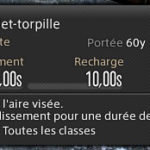 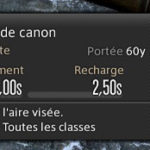 For the healer (s), it won't be very complicated, there isn't a mountain of healing to be done if the players are moving correctly.

At the start of the fight, the players assigned for the cannons go directly to the first cannons. The rest of the players go under the boss to attack it and prepare for the appearance of the first adds that the tanks will pick up directly. The dps under Vishap will mainly focus on the latter. If necessary, they can switch to adds, mainly with area attacks.

When the cannons are within range of Vishap's attack, players in the cannons will have to leave their cannon and go to those behind. When there are no more cannons available, that is to say when the last before the barrier are destroyed, the dps will give all they can on Vishap who will be the only target, the adds being normally dead at this point. 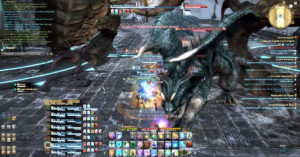 This first part is also the one to which a draconic add inflicting a burning spell, represented by the icon

, is found, we must not forget to heal it, it inflicting significant damage.

For this first part, there is only that to do.

For this second part, the diagram remains quite similar. Once the barrier is destroyed, the two players dealing with the cannons go directly to the next cannons and the pattern will repeat. 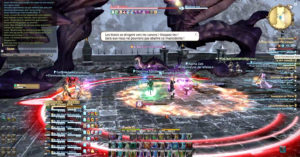 When the barrier is destroyed, when the first wave of addons appears, 2 dragon monsters named Dravanian Biast will appear on either side of the bridge and head straight for the cannons. It will be necessary to prevent them by succeeding in recovering their aggro. For this, we tried to hit them on their way and a healer also cast a large area spell such as Extra Medica. Tanks can do that too, it's up to you.

Another type of add that looks like a giant tortoise will appear as well. At one point it will launch a big AoE channel attack, it is best if one of the cannons launches its stun attack at this point to avoid large area damage that is not lethal but preferably avoided. 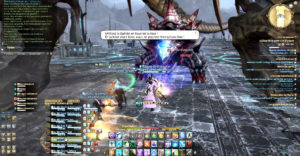 If you look at the map of the area, you will see that there is a tower to the east of the bridge. At the moment when Vishap destroys the cannons preceding this tower, the penultimate of this part, one of the dps in the group under the dragon, designated beforehand, will move on the tower. Once there, he will see a target on the ground. When Vishap finds himself in this target, he will have to activate the harpoon launcher in front of him, which will inflict significant and not insignificant damage to Vishap. 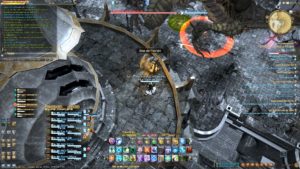 The rest goes as before: the cannons will be destroyed, everyone attacks the boss, he destroys the barrier, we arrive in the next part of the bridge.

This part will play out almost like the previous one. Do not let any monster get to the cannons, stay under the boss that the dps will attack as a priority, the players assigned to the cannons go there as soon as the barrier is destroyed. 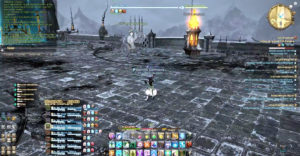 Once again the moment arrives when the two penultimate cannons are destroyed. There is a tower again, this time to the west of the bridge. The assigned dps goes there. A novelty is added to this event: Vishap will launch a big attack almost the width of the bridge. This attack takes quite a long time to channel and you will need to cancel it. To do this, there are 2 pillars on each side of the bridge, right next to the cannons, you will need to activate them both. This done, Vishap will be immobilized for a while and the tower dps will directly activate the harpoon, still having a limited amount of time to do so. Players who have activated the chains will have to move away from them as the pillars will explode when Vishap breaks free, this will deal great damage.

The end of this part remains similar to the previous ones.

This fourth and last part is the one in which you will have to finish with Vishap if you want to win! Just behind the barrier, an alignment of explosive barrels is placed, it will be necessary to recover the adds that will appear to prevent them from destroying them so that they inflict damage on Vishap when he passes through it. Avoid being near them at this time. 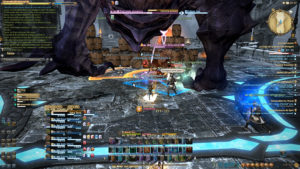 The rest will happen exactly like the previous phase: the penultimate cannons destroyed, Vishap will advance, then start launching an area attack. 2 players will quickly activate the chains and the dps that will already be at the top of the tower will activate the harpoon when Vishap is well chained and stunned (his area attack will be canceled).

Everything will be given here. If Vishap has too many hit points, you won't be able to kill him, he will destroy the Ishgard Gate and you can start all over again, otherwise you'll have to give your all! If you have Transcendence available, use it preferably with melee dps and finish it off! 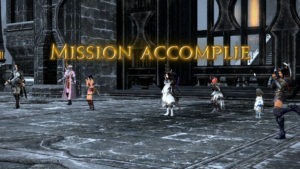 You are now ready to face this new challenge!