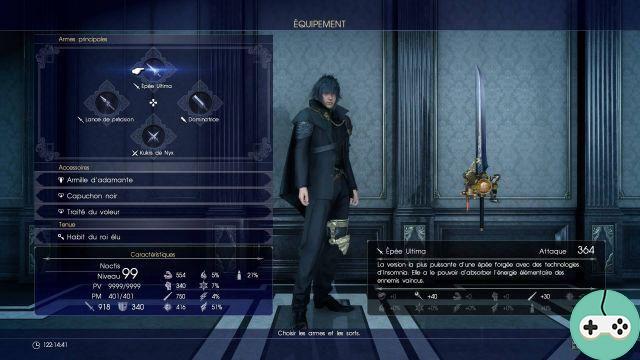 In Final Fantasy XV, some weapons can be upgraded. These weapons, even at max level, are not the most potent in terms of damage, but have great bonuses and some also have very good side effects.

How to upgrade weapons

Weapons improve via quests. For this, it will first be necessary to reach the chapter 2 and talk to Cid, which is on the deckchair in front of Hammerhead's garage, until chapter 6. From the end of the chapter 6 and up to chapter 9, it will be at Cap Fall. 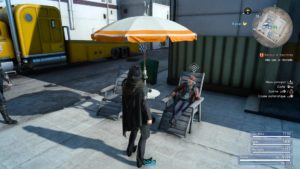 Cid will offer you a first quest, namely "Cid Sophiar, genius mechanic". This very long mission which lasts several chapters allows you to improve certain weapons with a yellow + icon next to them. Each weapon has a specific quest line to upgrade and requires two things: tear in question and a material very specific. But where it gets a little more complicated is that there is no indication of where or how to obtain said materials. Some are very simple to get and you will surely have them as soon as the quest is offered while others will require you to do specific content, to go and collect them in very specific places or to kill one or more enemies in particular. 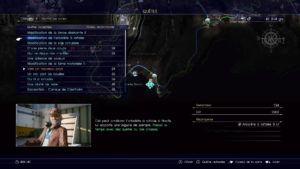 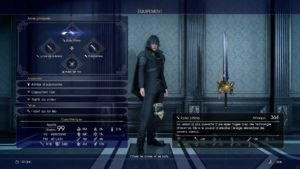 Once you have these two items, you just have to give them to Cid andwait awhile let him improve the weapon. Once done, it will call you by phone to invite you to come and pick it up. The time between when you donate the materials and when Cid calls you differs from quest to quest and from stage to stage. For the "time to pass", you will have to perform side quests, sockets, advance a little in the scenario, and so on. It is to highlight that Cid will contact you by phone after a night's rest (camping is recommended).

What weapons can be upgraded

There are in total 12 weapons of different types. Some are available from the start while others must be found or exchanged for other items to be obtained. Please note, certain places / times and / or conditions for obtaining them may risk spoiling the places and / or the scenario for you.

Now let's move on to the details of the quests and where to get the materials with the detail of the weapons in question at each stage.

The Motorized Blade is the default weapon that Noctis has at the start of the adventure. Its particularity is to have a chance to be able to absorb elemental essences when you kill enemies with it.

Effect: Can absorb elemental energy with each target killed.

Step 1: Modification of the motorized blade

The piece of rusty metal is an easily salvaged treasure. It can be found all over the map and can also sometimes be found by killing a mechanical enemy (Empire Robot Soldier, Mech, etc.). It won't be that hard to get one, and 99% of the time you will already have one by the time you take the quest!

Like the piece of rusty metal, this treasure is easily retrieved. However, it can only be recovered from very specific places on the map, namely:

This item is not easy to retrieve. It is on a specific type of enemy and it is necessary to break a specific appendage during the fight to have a chance to obtain the horn. The item in question can be obtained from two enemies: Leukorne and Spiracorne. Both have a 75% chance of granting the horn if you break this appendix, so be sure to eat a meal that increases the percentage chance of getting an item before going to fight them. You can find several of these enemies very easily through two Hunt Contracts, both available at Old Lestallum.

Characteristic of the Ultima Sword:

And there you have it, that's it for the Motorized Blade, which is a very interesting and powerful weapon, only surpassed by the Balmung ultimate weapon.

The Draining Lance is similar to the Motorized Blade, however, even when upgraded to the max, the latter isn't as powerful and won't be of much use at the end of the game.

Characteristic of the draining lance

The metal fragment is an easily recoverable treasure. It can be found all over the map and can also sometimes be found by killing a mechanical enemy (Empire Robot Soldier, Mech, etc.). It won't be that hard to get one, and 99% of the time you will already have one by the time you take the quest!

Characteristic of the draining lance II

Coeurl's vibrissae is a pretty annoying component to pick up, as Coeurls aren't legion outdoors. Normal Coeurls have a 50% chance to grant Coeurl Whiskers. The elder Coeurls have a 100% chance of giving one. The fastest and safest way to get a Whiskers is to fight a Coeurl via a Hunt Contract, which has a 100% chance to drop one. Outdoor Coeurls only have a 50% chance of giving it away, apart from the Elder Coeurl of Greyshire.

Characteristic of the draining lance III:

The Burst Crossbow has only one upgrade, but is very powerful. In addition, his special ability (activated via Triangle on PS4) allows him to do a lot of damage in a few seconds (and even more if the target is in a "vulnerable" state!), All for 60 MP on the other hand.

Characteristic of the burst crossbow:

Feature of Burst Crossbow B:

The Sulfate also has only one quest and one evolution. Her strength comes from the fact that she can throw a cloud of poison over a fairly large area in front of the character and infect enemies (and only them!).

Single step: Modification of the sulphate

The dynamo can be picked up or recovered from enemies. The easiest way is, as always, to pick up the object.

Characteristic of the Sulfate:

Characteristic of Sulphate B:

The circular saw is a ... circular saw: D It is a melee machine type weapon. His special attack allows him to do repeated melee damage and which cumulates rather large damage, especially when the enemy is in a "vulnerable" state.

Material requested : Jewel in the sky

The Jewel in the Sky can be found in different ways, the easiest is to complete a side quest, the other methods require you to go to the various dungeon mazes present in the game.

Feature of Circular Saw B:

The Vortex is a weapon with one of the most appreciable special attacks: creating a gravitational sphere (the kind of attack giant-type demons love). This attack not only attracts enemies in one place, which allows you to follow up with a large area attack to do maximum damage on as many enemies as possible, but also inflicts damage for the duration of the attack. .

Like most materials that are in demand, there are several ways to recover a Hydraulic Jack. The two methods are almost identical in terms of retrieving objects. The first is to simply pick up the treasure and the second is to kill an enemy who has a 97% chance of giving it to you.

Object to pick up:

Characteristic of the Vortex:

Characteristic of Vortex B:

The resonator is an interesting weapon, but not the most powerful (as far as I'm concerned). Its special attack allows you to send a blast on all enemies in the area of ​​effect.

Single step: Modification of the resonator

Material to pick up : Magnetron

The magnetron is an item that you better not miss when it's possible to pick it up, because the second way to get it only has 5% drop!

Characteristic of the Resonator:

Characteristic of Resonator B:

The drill is the most powerful machine in terms of attacks once upgraded. His special attack allows him to deal damage over and over in melee damage that is devastating on targets in a “vulnerable” state.

Single step: Modification of the Drill

Just like the item for the resonator, the latter is obtained during chapter 13. However, it is also possible to obtain it from an enemy, but who has a 100% chance to give it, which makes its recovery quick and easy if you missed it.

Characteristic of the Drill:

Feature of Drill B:

The Draconian Claw is very easily retrieved. Just kill the enemy "Bandersnatch" which has a 100% chance to grant it. There are 2 ways to fight it:

Characteristic of the Devourer:

Characteristic of the Devourer II:

Volessence Daggers also have the ability to absorb elemental essences when an enemy is killed. However, like the Devourer, they do not stand out for their characteristics and much more interesting daggers are available.

The Barbed Sickle is found on all Killer Wasps and they all have a 75% chance to drop the Killer Wasps. To find them very easily, there are several hunting contracts that require you to fight them:

The Valiant Pistol is a weapon that can also absorb elemental essence from enemies, but will, like all weapons obtained through Caem's Carrots, not be very interesting.

Material requested : Jewel of the Earth

There is nothing to say about this item. It can be found all over the map, in the Cleigne region.

Characteristic of the Vaillant pistol:

Characteristic of the Vaillant II pistol:

The Insatiable Shield is a weapon that can also absorb elemental essence from enemies but will, like all weapons obtained through Caem's Carrots, not be very interesting when you arrive in Chapter 8.

Pointed armor is obtained from a very specific type of enemy, namely the Skarn Bullets, which are accessible via a specific hunting contract:

There you go, you know absolutely everything there is to know about modifiable weapons, how to get them and how to upgrade them!