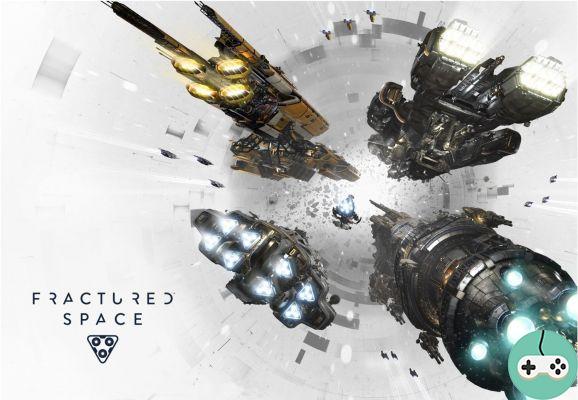 Available since November 2014 on Steam in early access, KeZzaX had already taken the time to discover this game in December 2014 via a first glimpse. Over a year later, it's time to head back to space to find out what the developers at Edge Case Games have added! In any case, if we are to believe the figures communicated by the studio, success is there (more than 400 players).

Upon loading, the game reminds that, if I continue, I must be ready to play as a team. For a 5v5 team space combat game that defines itself as a "space MOBA", it is indeed preferable! 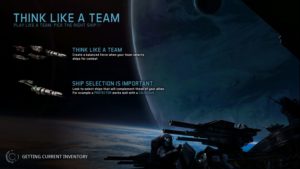 Fortunately, I don't find myself catapulted into a team with my inexperience, a three-phase single-player tutorial helps me get off to a good start. The first part details the shortcuts and two are particularly important to remember: O shows me a reminder overlay of the interface elements while K gives a full summary of the necessary shortcuts. I advise you to switch your keyboard to QWERTY or to edit the shortcuts because otherwise it is not manageable as it is. 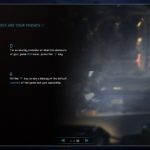 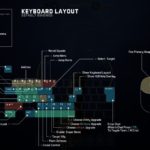 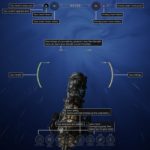 At the controls of my huge ship, I learn to move forward, backward, turn, shift to the side and then shoot. The ship is relatively maneuverable despite its size, although I sometimes wish it could go faster! 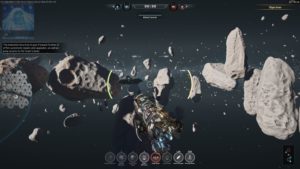 In the rest of the tutorial, more information is given to me on the organization of each spatial zone and the course of a game. Each team starts in its base, North and South. In the middle is the Gamma space which provides a temporary but important bonus to the team that controls it. To the west and east are the Alpha and Beta zones, respectively, which contain mines and forward stations. 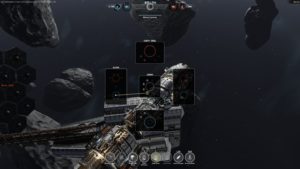 The factory in the Gamma sector is an important combat location that must be captured as soon as it becomes available during the game. Of course, the opposing team will want to do the same to take advantage of the clear advantage it brings! Note that capture is only possible for a few minutes several times during the game. 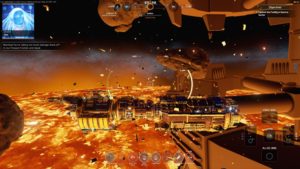 Depending on the mines controlled, each team accumulates resources that allow it to improve its ship. To do this, you have to go to an advanced station controlled by our team or to our home base and choose to increase the Attack (B key), Defense (N key) or the Utility aspect (M key) ! It's up to you to see what you prefer to do in your team and also the choices of your teammates to be complementary. In these same places, it is possible to repair. 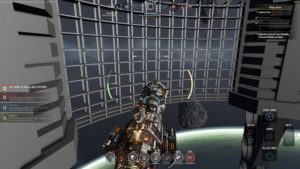 Returning to base, or jumping to another point, is available at any time (minus a short cooldown after use). However, these jumps must be used with care because the ship takes more damage during the preparation phase. It is therefore necessary to know how to use it with care, all the more so if the goal is to go and repair it and the ship is already in a bad state, or to have allies ensuring its safety before the jump. If you want a summary, here are all the rules summarized in a summary table: 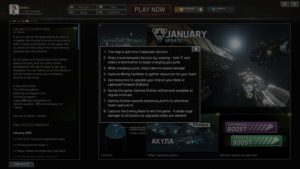 Between each game, you can change ships. Each is defined by characteristics in Attack, Defense and Utility (does that remind you of anything?). And there are skins if appearance is important to you when roaming between the stars. 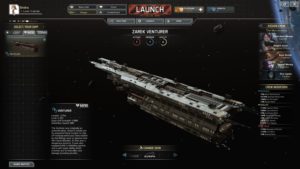 Each builder (currently three are offered) has a skill tree with all of their ships. Unless you go through the purchase of a ship in the store, you will have to evolve in this to access new ships. 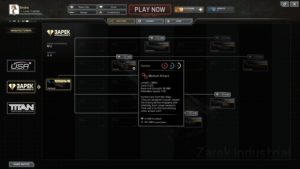 The ship can then be customized by changing its components. 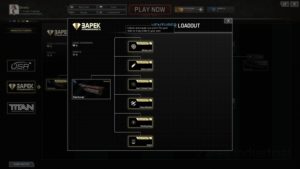 The crew brings different bonuses. Do you prefer to hire the Forsaken or the Mercenaries? 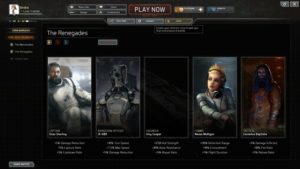 Finally, the store. There are a lot of things on sale, at a relatively high price, ranging from ships and skins, temporary upgrades (XP boosts) and crew members. 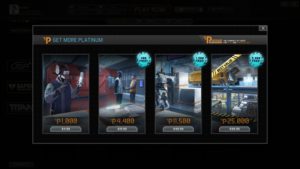 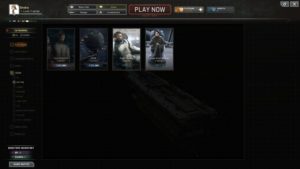 Difficult for me to give my opinion on the combat / MOBA aspect, not being myself a big fan of this kind of games, my comparison would necessarily be biased. Note however that there are no minions to manage, just the players who compete against each other, and no real line principles being in a 3D world.

Each time I found players in just a few minutes and Fractured Space seems like a pleasant experience to me in a magnificent 3D environment even if I had some lag issues, a priori related to the game's servers. huge ships through space is enjoyable and the games, which last on average about twenty minutes, are rather dynamic even if the respawn time seemed a little too long (from 30 seconds to 1 minute). Of course, the fun is largely up to the teammates and it can quickly get annoying when there is no cohesion but nothing that cannot be blamed on the game itself. 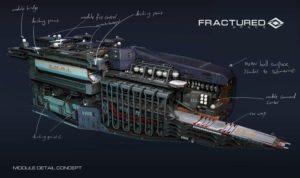 The game is available on Steam from € 9.99 for the smallest pack (Forerunner), going up to € 36.99 for the largest pack (Vanguard). Frankly, if you like space combat, try the adventure with the small pack and be advised! You can if necessary improve your pack later if you hang on.