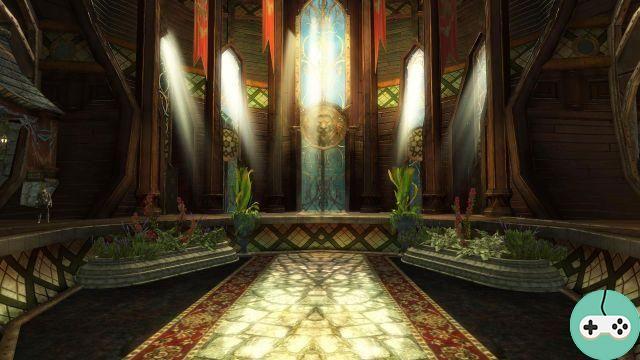 Last week, we told you about the new feature in GW2: Guild Halls. As a result, ArenaNet has posted numerous articles on it. In the program of this article, we will find the registration of your guild with the initiative, the construction of your hall and finally the overhaul of the guild system. 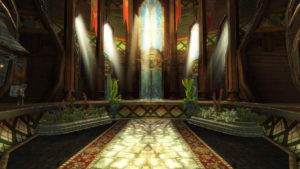 Following the dismantling of the Pact, the organization "Guild Initiative" was created to enlist guilds to its cause. Its main mission will be to contribute to the general well-being of Tyria by giving the guilds missions and making them benefit from its services.

Within the HQ at Lion's Arch, you can find explorers who have spotted hordes of mordrems. In addition to the human side of the guild, it will take to launch the guild expeditions the funds necessary to supply the guards and personnel of "The Initiative" but also and above all the trust of this one.

In the heart of the ruins, you can find a crystal. If this is hit by your Guild Leader, he can harmonize it with your Guild so you can start building your Hall. 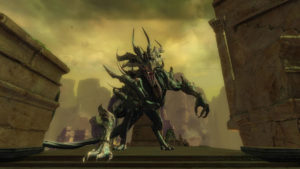 After taking possession of your hall, construction will have to begin. 3 resources will be essential:

Six structures will be available for your hall, each with a very specific role: 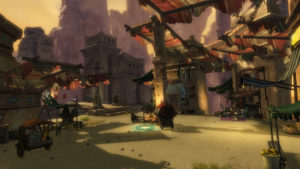 Redesign of the guild system

With the arrival of guild halls, the development team wanted to review the various improvements related to guilds. First of all, you should know that the craft disciplines will remain unique to public maps and that guild emblems will be present now.

Regarding the increases of non-specific guilds (banners, price of the waypoint, ...), they will now be permanent and extended to each guild member. Conversely, increases like EXP or Magic Discovery will always be available from a vendor (tavern included).

Guild Banners and Chests already unlocked by your guild will remain unlocked in the expansion. If your guild successfully unlocked all 24 Research Levels prior to expansion, they will receive a special reward.

Another big change will be in the use of influence and accolades: the accolades will be removed. The influence also but will be replaced by 3 other currencies: the favor, the etherium and the resonance.

However, the influence already accumulated by your guild can be spent at HoT in 3 ways:

Finally, we will see an interguild channel appear that can facilitate players using one or more guild memberships. 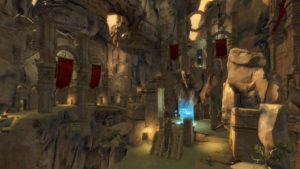 Do you want to be up to date and know all the tricks for your video games? In gamesmanagers.com we enjoy playing as much as you do and for that reason we offer you the best tricks, secrets or tips for you to play non-stop. We offer you quality content and always updated to keep you up to date. That's why, in our website, you will find not only videogame guides but also tricks, secrets and thousands of tips so you can play to the limit. Are you ready to get it? Enter now and enjoy your videogame!
Star Citizen - Galactic Guide - Odin System ❯

How To Survive – Aperçu