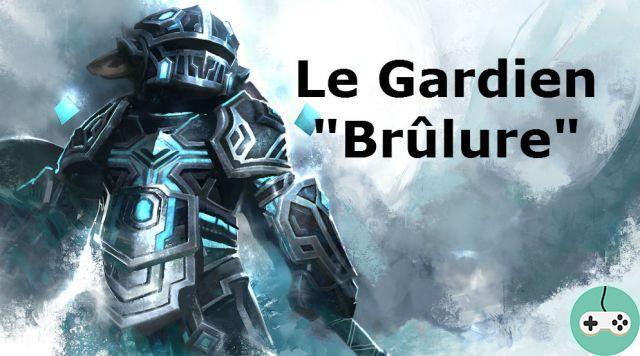 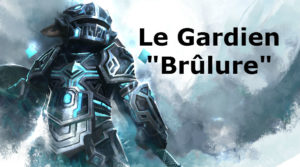 As a preamble, I would say that this "guide" does not present the ultimate build, the best template or even the most effective way to play the goalkeeper: it does not exist. This "guide" rather represents * a * way to play entertaining, effective during leveling and easy enough to learn to use accessible to everyone.

Arriving on a new game means that you will have to spend time learning its rules and mechanics. If these are repulsive from the first moments, it's a safe bet that we will not persist for long despite the primary motivation and the "all beautiful, new" side.

After reading a few articles describing character classes in Guild Wars 2 in the hours preceding the opening of the servers, I had spotted the guardian and had given him reading time with great interest. Then, when I darkened into the Lands of Tyria with my first character, it did not meet my expectations: I therefore deleted it at level 11 and created the next one in the guise of a elementalist. Rendered level 8 with this second character, once again a little "disappointed" by his gameplay, I decided to give a new chance to the guardian which, all in all, wasn't that bad now that I thought about it ...

So here I am back in command of my new guardian, a handsome ebony Sylvari. I know that black is not a priori the color we think of to illustrate a man-plant but as I'm an old Black Orchid fan ... (no I'm kidding) ^^ It is almost level 80 and I'm starting to figure out how to play it. 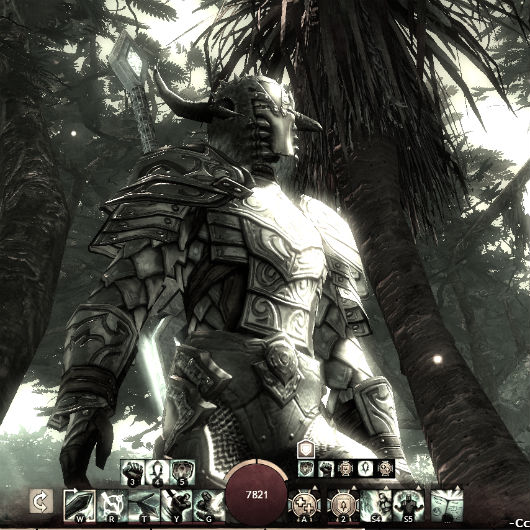 An Offensive Guardian: All Fire All Flame

The idea behind this type of goalkeeper is to use a mix of "magic" effects (burn) and "physical" in order to optimize our damage performance. We will therefore see together below how to organize this character, with the choice of his preferred weapon (I remind you that it is the weapon that determines the skills that can be used in Guild Wars 2), its healing spell, its utility spells as well as its elite spell. Subsequently, we will see which traits we will choose in order to support the previous choices and we will end with a quick description of the adapted playstyle.

This keeper therefore uses theSwordfish as a weapon of choice, and a scepter + focus for tense situations (understand urgently in dungeon groups). I will come back another day to my choice of focus rather than a shield, but as the other says: it's each his own thing!

The swordfish, which is therefore the weapon used in 99.5% of situations, will give us access to the following skills:

(I use the terms "buff" and "debuff" out of habit, in Guild Wars 2 these two realities are rather called "advantages", "ailments" ...).

To complete our arsenal of skills related to our weapon, I thought about using skills which would naturally optimize our damage (since this is what we are targeting as a priority). Here they are : 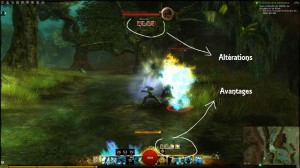 Some of the above skills also enrich our group participation through buffs and direct benefits to our allies. Others, more personal, will be particularly valuable to us in solo situations. Note in passing that the keeper has personal "natural" advantages in the form of three "virtues" which cause a passive bonus at all times. When triggered, these personal benefits are sacrificed (the guardian no longer benefits passively) and instead given to the other members of the group. Slurp!

The idea of ​​making this goalie purely offensive (and good support in a group) is based around the "burn" effect which will dramatically increase our damage. Since we want to apply this effect all the time and get as much of it as possible, here are the traits I suggest:

The style of play.

Each of us will find something to refine their playing style according to their own preferences, reflexes and personal aptitudes, however, I will suggest a style of play below to serve as an example. I find that the gameplay in Guild Wars 2 is very dependent on the location of the skills on the bar as well as the keyboard shortcuts assigned to them. Since I try to maintain consistent shortcuts across games, my style might not be right for someone else. We often talk about optimization in MMOs and it is undeniable that this one goes through the shortcuts and the style of play in general, only here it is: those who believe that the maximum optimization is only a question of numbers stick the finger in the eye: it is also about manual skills ... I have already spoken about it many times, here or elsewhere ^^

For this style of play, here we are: 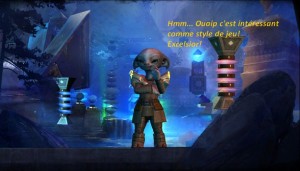 As always in these cases, it must be remembered thatthere is no strict "rotation" to be followed but rather priorities to be identified according to the situations. An escape or an evasion can break the rhythm of the combat, it is therefore necessary, then, to endeavor to continue according to priorities which one defines oneself. You have mine above and I must say that it has worked well for me so far ^^

Among the choices of equipment that the game will continue to offer us, the choice will always be between pieces with crit of the precision and others with dowries alteration damage (to support our "burn" build). Generally, I think it is best to choose in the majority of cases the part, of a higher level, which bears the alteration damage since that is our goal of the game. However, in some cases, the part precision might prove useful, especially if its "power" value is greater than that of the other piece of equipment. In all cases, privilege the Power, versatile value useful in all situations.

The goalkeeper, after some difficult beginnings, especially for lack of rhythm and direction, seems to me today as an endearing, versatile and full of twists and turns. All classes Guild Wars 2 professions are versatile and allow to adapt to almost all situations from what I could see at the beginning of the game, but among them the goalkeeper seems to me more than others representative of this situation: it turns out much more fun to play than I first thought. Be careful, we are talking about an offensive-oriented goalkeeper and I suppose that other versions might be less entertaining.

This concludes this little exercise about Guild Wars 2 Guardian. I am at your disposal to answer any questions that may arise and I am accessible IG if your heart tells you ^^ I will come back soon with an article on the Mesmer the Mesmer so that if you already have questions about this profession ---> Available! 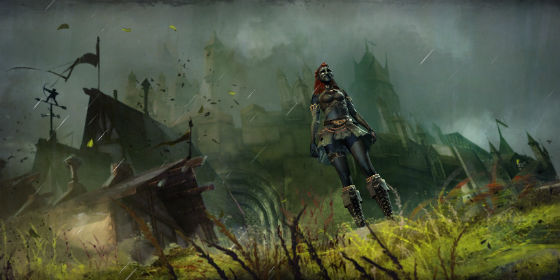