GW2 - The Specter of Time: Return of the Living World 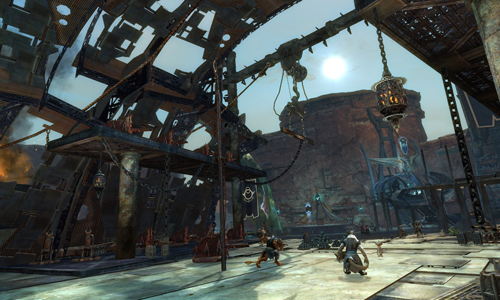 I hope you have used the last few weeks to stock up on candy and tear your hair out in the demented world, because today is the end of Halloween on Guild Wars 2 to make way for the long-awaited sequel to Living World season 2! 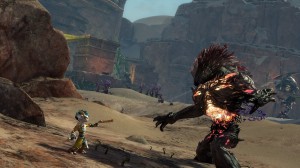 "The Specter of Time" is the name of this new episode which will pick up exactly where the unbearable suspense of the previous one left us, just after Lieutenant de Mordremorth's ambush against Tyria's world summit. It will be remembered that even if the attack was repelled, the Light Tree is still in a precarious situation after its roots have been pulled out. Senior leaders nonetheless understood that the threat was more serious than they thought and this may be Mordremorth's first mistake, failing to have succeeded in eliminating important figures from the world, he ganged them against him in a common front. But let's not forget that we may have to fight an ancestral dragon even more cunning than Zhaïtan was.

In addition to continuing in the history of the Living World, this new episode will bring with it some novelties, I let you discover it for yourself:

On the way to warThe Pact has established a forward base of operations in the Argent Wilds, a new area in the Maguuma Wilds, closer to Mordremoth's domain. Players will need to be extra careful when traveling to the Camp of Determination to observe the Pact maneuvers as they will be in enemy territory. The mysterious ruins of this region will prove to be invaluable strategic points in the war against the growing forces of Mordremoth. Players will have to fight to take and hold these positions, call in the Pact allies for reinforcement, and stand up against this threat like a rock. 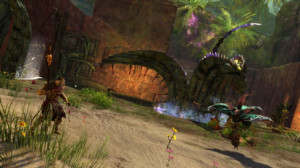 Treasures of the Silver WildsAs they battle against the Mordrem Hordes of the Argent Wilds, players will accumulate the new Bandit Crests, redeemable at Pact vendors for grim equipment recipes, crafting materials, and more, such as armor pieces from the new Carapace set. 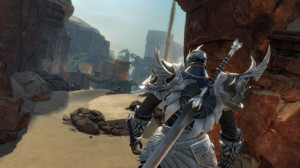 Bioluminescence A brand new set of armor pieces, available for each class, have appeared. This will be obtained exclusively through the content of the Living World and the Silver Wilds. Players will first get the Shoulder Pads in Episode 5, and then can get new pieces from the Carapace Set each episode. Not only will they complete this set as they progress, but they will also find a way, as their control of the Argent Wilds expands, to transform it into the new Luminescent armor set. 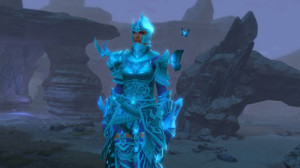 Tell us what you think !

Add a comment from GW2 - The Specter of Time: Return of the Living World