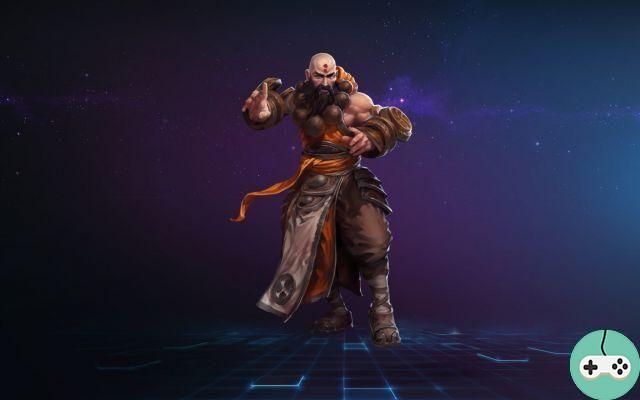 For the monks of Ivgorod, the gods exist in all things, and the patriarchs reveal their divine wills. Inhabited by unwavering faith, Kharazim followed their orders until they discovered the heavenly fire that had descended on New Tristram. He then joined the Nexus, possibly under the orders of the gods, who knows? We meet today for a guide on Kharazim, Monk Veradani! 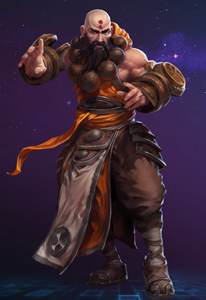 Kharazim is a highly mobile support that mixes moderate but frequent healing with decent damage. Its particularity comes from the choice of its trait at level one, but we will see that in fact, the choice is quickly seen! This applies when attacking opponents, and you have, you can imagine, a good range of options to do so. Able to save his allies like Rehgar, with a very similar ultimate, Monk Veradani proves to be very refreshing and cool to play.

Choice of Trait : Choose between Transcendence (Trait), Fists of Steel (Line) or Spirituality (Trait) in the talents panel.

Deadly Strike (E): Increases attack speed and range by 100% for 2 seconds. This bonus and the cooldown trigger on the first Basic Attack after using Death Strike.

The Seven Strikes (R): Make the nearby Hero with the highest Health invulnerable and strike up to 7 times to inflict damage equal to 7% of their maximum health.

Divine Palm (R): Heals target ally for a high amount, taking damage that is supposed to kill them over the next 3 seconds. 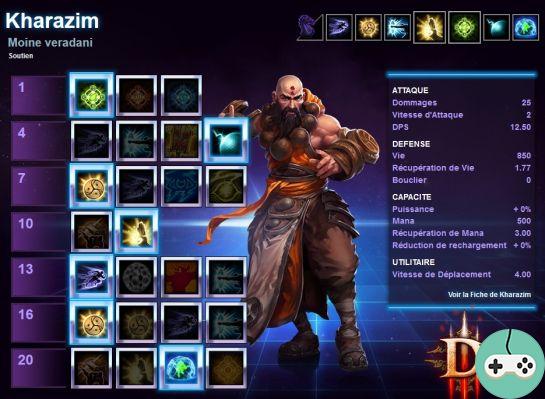 The objective of this build is to maximize our utility. We will heal harder, improve the mobility of our allies, be able to save them using our ultimate, Divine Palm (R), as well as putting shields useful for their survival as a bonus. Our primary healing spell is also purging unwanted control effects, and we're going to make the most of our mobility to maximize our healing.

Transcendence (Trait): Every 3 basic attacks, heals the nearby hero with the lowest health.

Why? It is the only Trait that allows us to heal our allies, but above all the only one of real interest. The bonus damage is negligible, and with minimal management of your mana, you will rarely have problems.

Protective Shield : Activation: Places a shield on a friendly hero, equivalent to 15% of their maximum health for 5 seconds.

Why? Depending on the menu and our team, we will orient ourselves either towards Protective Shield, either towards Guardian Healer. The former is very strong in a composition with several tanks, while the Guardian Healer, well placed, will be able to provide a good amount of care to the whole team during battles in areas: Temple of Heaven, Infernal Sanctuaries ...

Guardian Healer : Activation: Places a Guardian Totem that heals nearby allies for 2% of their maximum health per second for 10 seconds.

Why? Adds a healthy dose of care to your kit. Purification is not interesting because we will choose Soothing breeze (Z) at level 16.

Divine Palm (R): Heals target ally for a high amount, taking damage that is supposed to kill them over the next 3 seconds.

Why? An impressive healing spell, comparable to Rehgar's. This one, well launched, gives a second life to a hero who should die and has a relatively low cooldown. As with Rehgar, this ultimate alone can turn an unfavorable teamfight into a situation in your favor!

Quicksilver (A): The use of Lightning Strike (A) to an ally grants both Heroes 30% movement speed increase for 3 seconds.

Why? A good utility talent in which helps give a mobility boost to your allies. For lack of controls, you will help them even more!

Why? We improve Divine breath (Z) to make it a similarPurification zone! A very strong talent therefore,

Peaceful sleep (R): The cooldown of Divine Palm (R) is reduced to 5 seconds if the hero does not die.

Why? The choice of talent will depend on our mastery of the ultimate Divine Palm (R). Peaceful sleep (R) allows you to have a second chance in the event that you over-reacted and your ally survived. When you master better Divine Palm (R), Nexus Shield will be another card up your sleeve.

Nexus Shield : Activation: Grants all nearby allied Heroes a shield equal to 20% of their maximum health for 3 seconds. CD: 45 seconds.

You are a support, your role is to protect your allies at all costs, using your heals, shields or by controlling the opposing team. Kharazim has no control, but his great mobility and healing spells more than make up for it. His damage is high enough for a support, but this has to do with the fact that he needs to attack in order to apply his passive. You will understand, Kharazim is a support doing pretty good healing, maintaining a good amount of damage! 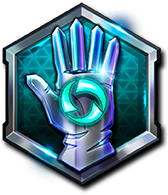 Kharazim is a very mobile hero, a mobility that you will have to learn to use in order to best heal your allies. Maximize the number of targets you heal with the Divine breath (Z), as the mana cost can quickly be punitive if you don't optimize for that. Remember that after level 16, this can be used as a Purification, with the exception of stunning. It is also particularly strong in the face of a Branches (Z) well placed from

Malfurion ! Be aware, however, that theDivine Echo (Z) don't make a second Purification ! (That's a shame...)

In the fray, Deadly Strike (E) will inflict an often surprising amount of damage while still properly healing your allies. A good rule of thumb when it comes to scope of care is the scope of care of

Luisaile. You are vulnerable to Hard CCs because it totally inhibits your ability to heal your allies, or save them with Divine Palm (R). You are also sensitive to Soft CC, if they prevent you from hitting your enemies, point of care which comes at point for your allies!

You now know all about Kharazim, Monk Veradani. This highly mobile healer is very dynamic to play. Do not hesitate to test compositions with double support, in particular with Tyrande, to compensate for your lack of controls. Go preach the faith of the Gods with great fists in the Nexus!

Aragami Shadow Edition - Into the Shadows

Aurion: Legacy of the Kori-Odan available on Steam