Landmark - Clarification on the founders packs 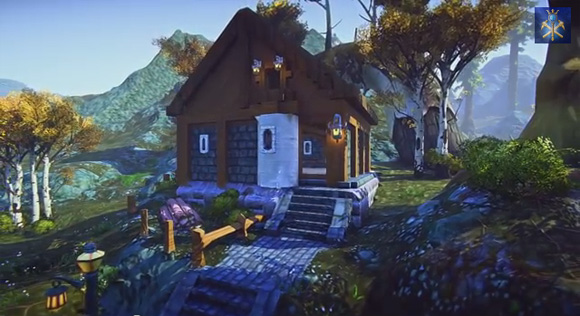 Recently, packs fondateurs d'EverQuest Next Landmark were unveiled, sparking a lot of (virtual) ink following various confusions and unclear information. Massively posted a little update this weekend that I thought would be interesting to translate and adapt.

It is not testable

Some players like to see a product before buying it, that's pretty normal. Every day, we try the products before buying them or at least we can see them in store. As far as Landmark is concerned, only a few lucky journalists had the opportunity to get their hands on the pre-alpha version of the game. SOE certainly took that into account, having made their announcement a few days after the publication of this feedback.

However, reading feedback isn't quite like playing it yourself. It's a fact. But there are also a lot of games that you buy without having played them, especially console games for which public beta is rare. Not to mention the current trend with crowdfunding sites (Kickstarter style) where we finance projects sometimes only at the project stage. 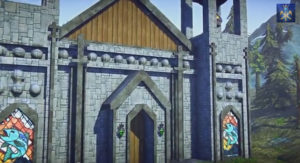 Rather in bad faith, other players say they have no guarantee on the release of Landmark, taking Blizzard's Titan as a model. It's a rather illogical parallel. Landmark benefited from an official announcement, marketing campaign and presentation to journalists. While Titan is only a project led by a publisher who has never officially communicated about it.

Landmark is a confirmed and real game: there is nothing to worry about. Afterwards, we are never safe from a meteorite ... Or, more plausible, a delay of the launch if the developer is not happy with the quality of his product. But beyond that, there is no point in worrying. 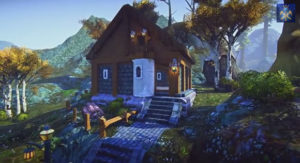 A free-to-play game must be free and EverQuest Next Landmark will be: we can play for free. But the publisher doesn't create games out of philanthropy, and it costs a lot to create MMOs. Because, incidentally, developers also need to eat without taking into account the server infrastructure, communication, customer service ... One way or another, the game must generate profit, otherwise it will go bankrupt. of the company and more play!

The packs should be seen as pre-orders, it's completely optional. It just allows you to have a few extra bonuses and guaranteed access to the game on launch day. The only difference here is that if we prefer to wait, we don't have to spend anything. 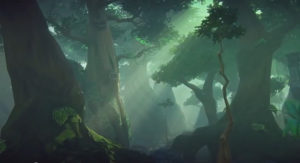 The settler packs (€ 16.99) and explorer (€ 53.99) correspond to the prices of a classic game and a collector's edition with some in-game bonuses. For the price of the pioneer pack (€ 89.99), when we see some recent prices of founder's packs for other games, it is ultimately not that expensive (the prices of Founder's packs are often over 100 €, closer to 200 €).

Incidentally, there is no obligation to pay. But if you love a game and want to show your support, is it that expensive for a game that will offer hundreds of hours of play? 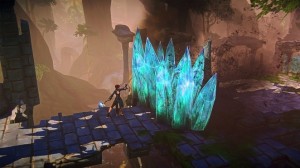 With some Founder's packs, you get access to the alpha of the game (beta for others). But the current alpha is closer to commercial presentations than real testing of unstable, badly finished games, full of bugs and missing features. This is what the journalist confirms after his test: EverQuest Next Landmark is already well completed and it will be even more so before the access to the alpha for owners of Founder's packs. After having discussed it with Dave Georgeson, the developer confided to him that they did not yet know exactly what they were going to call this phase. They opted for alpha, a term known to gamers, although it really isn't.

There will also be opportunities for players who do not wish to pay to access these test phases, via distributions organized on the official site, community sites, social media ... 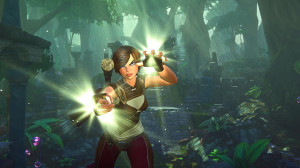 Pay to play their game

Landmark is not just a feature of EverQuest Next. Confusion reigns a bit about this and it seems necessary to clarify it: the two games are independent. There will be exchanges between the two, at least from Landmark to EverQuest Next. Indeed, some Landmark creations can be chosen and implemented in the MMO.

In return, our creations can be sold through Player Studio. You can therefore pay to access Landmark, just as you can also be paid to play it. 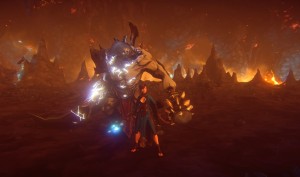 For some, the fact that the founders can play 48 hours before the others will allow them to choose the best plots. It is a fact, they will be quieter and will be able to take the time to choose. However, Landmark will offer a very large number of maps and servers and will be able to accommodate all players whether they pay or not.

This should therefore not be a problem, each player will be able to have his piece of land on Landmark.

So much for the answers to the main complaints from players. What do you think ? Are your fears allayed?

Add a comment from Landmark - Clarification on the founders packs