We continue our journey through legendary weapons! The weapon that follows has a story of its own, it was forged to fight against the Lich King's blade, Frostmourne. I will also offer you the texts for each quest, because the story is really worth the detour. This weapon is called Shadowmourer.

In order to start the questline, you will need to be friendly with the Ash Verdict. This reputation is easily built by killing each of the monsters present in Icecrown Citadel. Once friendly, Generalissimo Darion Mograine will offer you the first quest. It is important to remember that this ax is only accessible to Death Knights, Warriors and Paladins.

First Quest: The Sacred and the Corrupt

As I entrust this mission to you, I have serious doubts, Draenei. Chances are, you won't get away with it alive.

But if you ignore my warnings and set out on this task, I will provide you with the resources and knowledge you need.

You must return to the Frostmourne cave and collect Revenge of the Light, the hammer that Arthas abandoned. Reforged in saronite and engraved with the acidic blood of the Lich King's abominations, it will serve as the basis for our work.

In order to complete the quest, you will need to collect 4 components:

Primal Saronites can be purchased from both the Auction House and Arcanist Uovril in the magical city of Dalaran. However, Saronites can also be obtained from Icecrown Citadel bosses on Normal or Heroic 25 difficulty between 15% and 20% depending on difficulty. You will need 25!

Vengeance of the Light, the famous hammer of Arthas that he traded for Frostmourne. To collect it, go to the Frostmourne Cave north of Dragonblight. 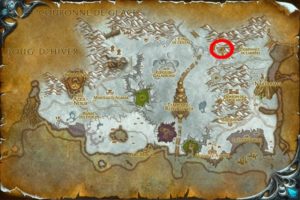 During this episode, an event will start, the Lich King himself will come and prevent you from recovering the Hammer.

So predictable. Did you really think you would complete Mograine's mission without any opposition? You will both suffer, as his father suffers ... In eternal torment! Happy death, Fool.

Pulentraille's Acidic Blood can be obtained from 100% Pulentraille in Icecrown Citadel on 25 Normal or Heroic difficulty.

Acidic Blood of Trognepus can be obtained from 100% Trognepus in Icecrown Citadel on 25 Normal or Heroic difficulty.

This requires returning the components you just acquired to the forge next to Darion.

Listen close, warrior. By accepting this weapon, you have sealed your fate.

I have directed your steps on this path. So you are my personal responsibility. If you hesitate, it is my duty to free you from this life.

As a reward, you will receive the Shadow Blade weapon, which is Shadowmourer's draft.

The quest A Soul Feast is simply to kill 50 monsters with your new weapon, the quest has also been made easier because, in the time of Wrath of the Liche King, you had to kill no less than 1000 monsters! The quest can be completed in all existing modes.

Shadow's Edge is one of the most powerful weapons a Death Knight could hope to obtain. Is your thirst for power satisfied?

I thought not. So here's a final warning ...
You are now embarking on the most treacherous stage of your quest. Control your ambition, , for if your intentions are not pure, then your life, your very soul, is lost.
The weapon is just an empty shell, a mere picture of what it might become.

WARNING ! The following quests must be completed on 25 Normal or Heroic!

The Infusion of Impious, the first difficulties

This quest will be done in the Plague Wing, more exactly on Professor Putricide. Remember to equip Shadow Edge properly!

You will need to control the abomination to complete this quest. This consists of recovering 100 energy by absorbing the puddles of jelly and performing the Shadow Infusion action. To control the abomination, click on the table behind Putricide, you will be transformed a few seconds later into the Abomination. A bar will appear with several spells.

In order to see your energy reach 100, you will have to place yourself in the large green puddles that Putricide deposits on the ground during the fight. 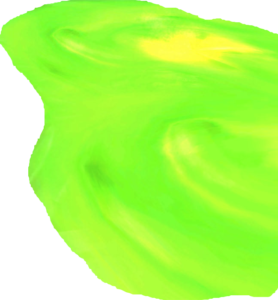 Once inside, use your spell 1 to eat the puddle with the Abomination to build up energy. Once you reach 100, use the spell 4 (weapon icon) to infuse the unholy. Now all you have to do is kill Putricide!

Before your weapon reaches its true potential, it must be imbued with its characteristic powers. The first of these is to be ungodly.

You must hunt down and kill Professor Putricide, but his death will not be your only goal. You must use his resources against him.

Find a way to absorb his mutated jelly. Use this foul substance to imbue your weapon with the power of the ungodly. When it is done, and not before, I will reveal your next task to you.

This quest will be done in the Crimson Wing on Blood Queen Lana'thel. This is definitely the hardest quest when obtaining the Legendary Ax. To complete the quest, you will first need to obtain the Blood Mirror debuff. To get it, you just need the boss to target you. In other words, you are tanking the boss. You will then have to bite 3 players while having the Blood Mirror debuff on you.

A few seconds after the fight begins, one of the people in your group will be "bitten" by the boss. This one will carry the Essence of the Blood Queen debuff, the player who has it will be transformed into a vampire after one minute. When the player is transformed into a vampire, a new action bar will appear with a button, the player will then have to target another nearby player then click on the button to bite him and thus transmit the Essence of the Blood Queen debuff. The bitten player will have to bite again after one minute a player who has not been bitten. And so on. Note that players who bite will have to bite a player again every minute.

Here is the strategy I recommend:

You will tank the boss without doing any damage. The DPS and healers will all have to meet in a place in the room and especially not to touch the boss. After a few seconds, a random player, maybe you, will be granted the Essence of the Blood Queen debuff.

A minute later, he should bite you first and no one else. Then it will be your turn to bite someone a minute later.

The person who bit you will not have to bite a second person, they will have to wait for their character to be checked and so other players can kill the character who is being controlled. It will then have to be resuscitated, hence the interest of the Death Knights, Druids and Warlocks.

Repeat this process until you have bitten 3 players, making sure you have the Blood Mirror debuff when you click on the button.

Be careful, you must not die, otherwise your bites will not be counted.

Your weapon is now ready to be imbued with the power of blood.
You must confront Queen Lana'thel and submit to her Blood Mirror. This will cause Shadow's Edge to drink the blood of the nearest living creature. That creature must be you, Draenei.

When the blade awakens, let yourself be carried away by the queen's frenzied bloodlust, feed the blade three times to satiate her appetites, and give the queen an ignominious death.

May his cries echo in the ears of the Lich King for a long time, waiting for his fate to catch up with him.

The Frost Infusion, a simple formality!

This quest will be carried out in the Frost Wing during the fight between you and Sindragosa.

Shadow's Edge is ready for the ultimate infusion of power.

Sindragosa, our enemy's mount, must die. But before you take it down, you'll have to endure four of its frozen breaths without succumbing.

When he has been deprived of his dragon, nothing will stand between us and the Lich King.

The Broken Throne, simple but long!

The ultimate quest to obtain Shadowmourne. The quest wants you to drop 50 Frost Shadow Shards. These shards fall on all bosses in Icecrown Citadel on Normal and Heroic 25 difficulty. However, the drop rate is significantly higher in heroic difficulty!

As the raid is composed of 13 bosses, you will have to do it at least 4 times if you get a shard on each of the bosses each time (which is very unlikely). So you will have to arm yourself with patience, hero.

The Lich King's throne was his prison. Kil'jaeden himself made this shell of ice crystals out of the Twisting Nether. Its sole purpose is to hold Ner'zhul's thirsty spirit captive.

When Arthas struck the crystal with Frostmourne, he freed Ner'zhul's soul, which merged with his own. Shards dating from this event were scattered throughout the citadel.

I'm going to need it to seal the power of your blade. They are in the hands of the Lich King's most powerful servants.

You've come to the end of the most epic quest line ever! Turn in all 50 Frost Shadow Shards to have Darion forge your new weapon! An event will then start.

The Lich King's throne was his prison. Kil'jaeden himself made this shell of ice crystals out of the Twisting Nether. Its sole purpose is to hold Ner'zhul's thirsty spirit captive.

When Arthas struck the crystal with Frostmourne, he freed Ner'zhul's soul, which merged with his own. Shards dating from this event were scattered throughout the citadel.

I'm going to need it to seal the power of your blade. They are in the hands of the Lich King's most powerful servants.

This quest involves killing the Lich King on 25 Normal or Heroic difficulty with your new weapon, Shadowmourne. Once dead, the Lich King will then have new loot for you, the Sealed Chest. Return it to Darion to get the Unsealed Chest.

This chest contains 5 items allowing you to launch quests that will be immediately returned to NPCs at the Hammer of Light at the bottom of Icecrown Citadel.

Each quest will give you a specific item that can be sold at the auction house:

The chest can only be obtained once, so be careful about the fate of these items!

Shadowmourne, a newly forged weapon, but already linked to the history of the world, born a second time for an unparalleled destiny.

This weapon gives you a very heavy responsibility, and the time has come to embrace it.

Take this mythical and legendary weapon, and march on the enemy. Avenge the countless heroes who fell victim to this bloody campaign. Bring rest to their tortured souls.

Harden yourself, Draenei, and guide Shadowmourne until she has fulfilled the role she was created for.