I remember the first time I chose my trades for my first character, I went there a bit off the cuff. And then along the way, I realized that the codex was very valuable for choosing professions that go well together. I stuck with that for a while. But at the maximum level, when you are really specialized in a trade, and you make items from materials that are really expensive, obtaining a clothing review becomes decisive, and the objective of this article is to determine for each class which is the most appropriate trade according to the companions and their capacities. 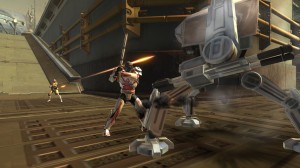 In the first case, it is possible to increase the chances of getting an improved crit by purchasing inheritance options. 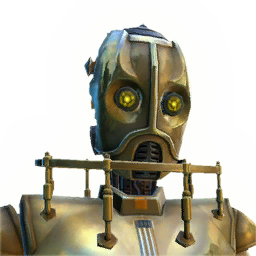 The different types of companions

To date, there are three types of companions: 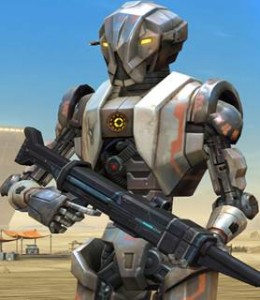 I have listed all the critical bonuses of the partners of each class and I have summarized them in the following table: 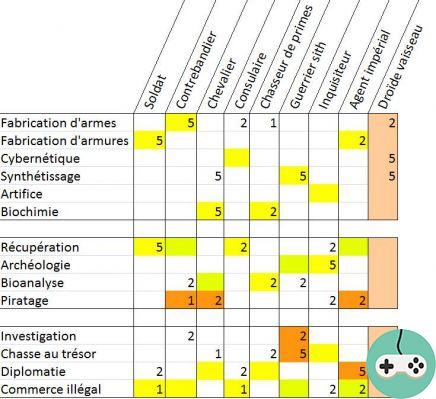 This analysis is more for people who plan to eventually have a character from each class than people who are new to the game, but everyone should be able to benefit from it.

The trades are divided into three categories: first the clothing trades, then the trades with which we can find materials on the ground during the quests and finally the trades which require sending partners on a mission. It is impossible to choose more than one tailoring profession, but it is entirely possible to take three gathering trades if you wish. Free-to-play players who are only entitled to one profession have an interest in choosing a profession from the second category and reselling the materials collected at the auction house. In the general case of subscribed players, it is more balanced to choose a profession in each category. 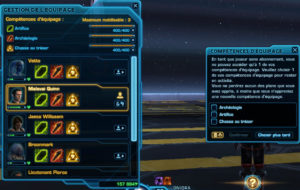 I had to take this color code, because often it's a shame not to take advantage of a magnificent +5 critical, but on the other hand if you drop the collecting skill associated with your profession, you have to either be financially strong enough to buy materials from the Auction House, or have another reroll collecting for two. 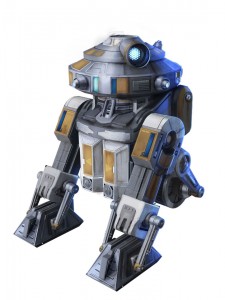 So let's talk a little about the recommended trades for each tailoring trade:

(hacking) is only needed for upgrades. This is a skill to take first when crit in it, but only if you have other alternatives to gathering the main materials for your craft. 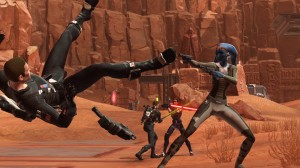 Don't hesitate to tell me what you think!

FFXIV - Statement from Yoshi about the servers ❯

Defiance - Play on the PTS server

Add a comment from SWTOR - Choosing the right professions