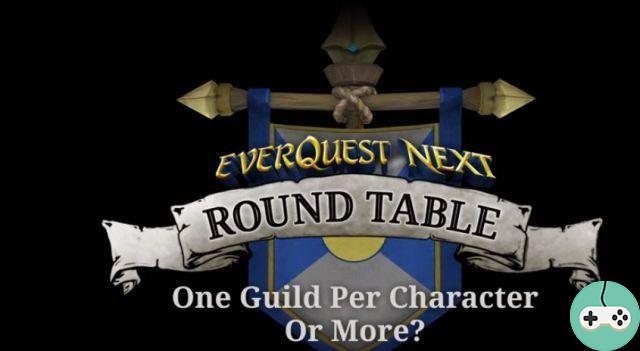 As every week now, a question asked in the round tables is entitled to its answer in video. Let's take a look at the statistics first:

One guild per character in EverQuest Next? Or more ?

This question had a great success, the players were very enthusiastic. There are as many players who want only one guild per character as there are players who expect more flexibility.

In the forum threads, players went all over the place, tackling a variety of very interesting topics like Alliances or the EverQuest and Vanguard Fellowship system. The players are very involved on this subject which will define the way to find and interact with his friends in the game.

On the competitive side, guilds are usually strict structures but these games encourage the creation of multiple characters. You can only choose one class per character and generally, there are restrictions on professions, only being able to have a limited number of tailoring and / or collecting professions. Thus, players find themselves having to create several characters to understand the whole game. Suddenly, people join different guilds, depending on their interest and the purpose of each character. The main character will instead find a stiff guild while the secondary characters can join social or craft-oriented guilds.

EverQuest Next will offer a much more flexible structure. Indeed, the goal is to give access to the whole game to a single character: go up to multiple classes, collect everything possible, have different jobs ... It therefore seems logical to be able to join different social structures. or guilds with a single character.

This system allows you to keep in touch with all these circles and friends, without ever missing a conversation via different chat channels.

This can be a concern for people who like to sort things out, one guild = one character. But EverQuest Next is so different from other games that Jeff hopes gamers will appreciate this flexibility. Thus, players will be able to find other players, connect with them, and keep in touch as they go through their respective adventures without having to make any concessions.


To continue discussing the topic, Omeed Dariani would like to know what works well in guilds, what features we would like to have, that exist in other games, or even that do not exist yet! We should not hesitate to give our opinion on the answer given: how are we going to manage the fact of being able to belong to several guilds?

add a comment of Landmark - Round tables: a guild / personal?