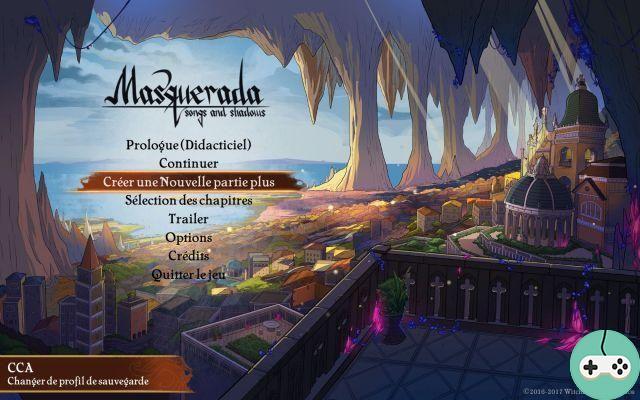 Masquerada: Songs and Shadows is a tactical role-playing game funded by Kickstarter, released on Steam on September 30, 2016 and available since today, Tuesday August 8, on the Xbox One and PlayStation 4 consoles. had the opportunity to discover the title but, even if it may not be the most logical, I decided to give it a go on my PC. This is not totally in vain, however, because the game is equipped with a localization in spanish, as well as a new game mode, Part plus.

During a new game, everything begins with a prologue serving to introduce the basics of the game. We are in command of a character named Cicero, in a world with atypical graphics, with a very strong Venetian inspiration in the sets, the costumes and even the music. 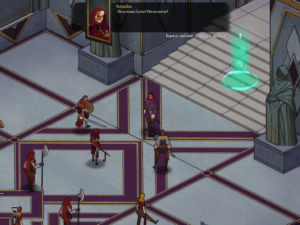 The character moves either with the click of the mouse on the ground, or with the keyboard keys. To interact with elements of the scenery (identified by beams) or NPCs to discuss or revive them when they fall to the ground during a fight, this is done with the E key. 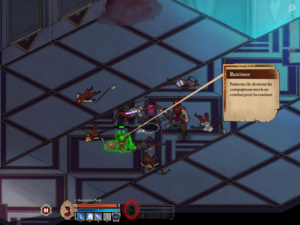 The fight, let's talk about it. Like any role-playing game with a strong strategic component, the Space bar triggers the pause, stopping the game to give orders to the character, and very quickly to the characters. Because we do not always manage a single hero, but a whole group with various capacities. By default, the other team members are managed by the AI, their behavior can be defined according to several characteristics (attacking the target with the most health, the least health ...). 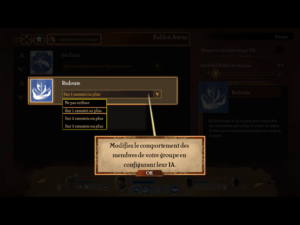 The skills of the characters are mostly related to one of the four elements: water, iron, air and earth. They will sometimes place elemental tags on enemies hit, generating combos or increasing effects. Of course, to maximize effectiveness in combat, you have to think about how best to combine each other's skills to maximize damage or effects. So, for example, Earth + Air will blind the enemy and reduce their damage dealt by 50% for 5 seconds while Earth + Water will immobilize the target for 5 seconds. 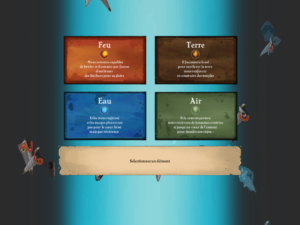 Characters have skill trees and earn points to spend as the story progresses. The first skill tree gives passive bonuses, the others are active, but each character's skill bar can only contain four active skills at a time, which necessarily limits the choices. If necessary, the skill points of all characters can be reassigned from the Training Ground, where it is also possible to freely test the skills of party members. 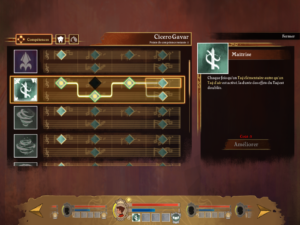 Finally, the last element on which the tutorial insists: placement, enemies with a Concentration shield area, identified by a yellow bar on the ground. Attacking head-on in this yellow area requires breaking focus before actually dealing damage to the target's Health. Health and Focus do not regenerate by default in combat. 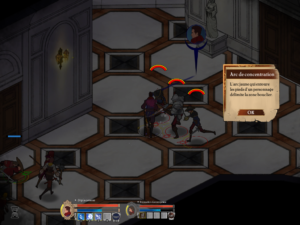 Once you've learned the basics, it's time to get down to business!

We play Cicero Gavar as an Ispettore d'Ombre, an investigator who was exiled from the state five years earlier but was recalled to Ombre to find a lost diplomat, Razitof Azrus. Cicero is a Mascherati, an all-powerful magician holding his power of a Maschere, a magical mask that allows his wearer to master the elements with remarkable efficiency. The Mascherati are feared and respected, possessing colossal powers, in an unequal society where they rule as absolute masters over the lower classes forced into misery. 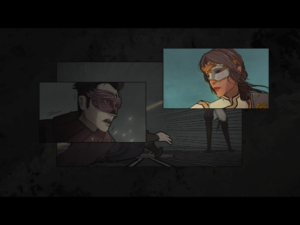 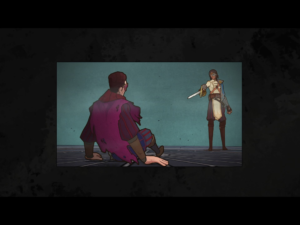 Through a series of paintings taking us through small delimited areas, this rather banal investigation places us in the middle of a macabre plot, embarking in the shallows of the Città. Razitof was investigating the methods used to create the Maschere and uncovered some well-kept mysteries. Three types of interactions are possible: the golden beams relating to the story, the purple beams yielding different types of rewards (entry of codices or new Maschere) and the green beams allowing to leave the stage. 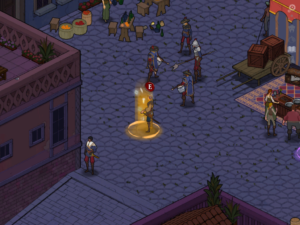 Once the scene has been left, it is impossible to go back, so you have to carefully visit the area before leaving it otherwise you will miss out on interesting information on the characters, the story ... 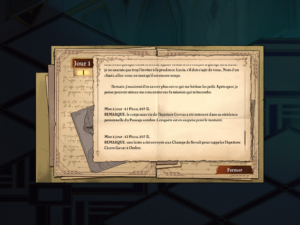 The magic of Cyrus, but also of all the other members of the group, comes from a magic mask, the Maschere. Each time a skill is used, the character uses Mask Charge points (ie Mana). By advancing in the story and especially by validating the purple beams, our characters recover new masks, offering new capacities. It is possible out of combat to change Mask, and therefore indirectly specialty. 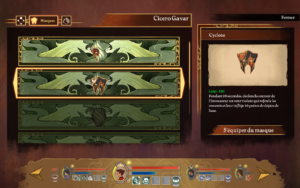 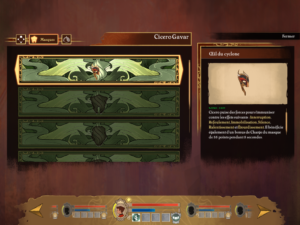 Each has an Ultimate Mask ability, which is more powerful than any other skill. They are not powered by Mask Charge but require a certain level of Mask Charge to initiate. Generally, you have to empty your Mask Charge, even if it depends on each of the Masks.

The Masks are also to be decorated, using inks.

The characters can evolve between three specialties:

Our hero Cicero has been trained in all disciplines and can switch from one to the other at any time. Companions, on the other hand, will only have access to one specialty. 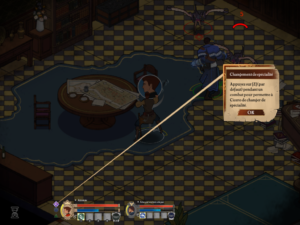 Once the game is over, a new adventure presents itself, Part Plus, adding new scenes, dialogue options, fights, bosses and more! 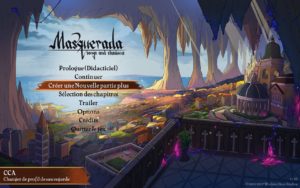 Everything starts from zero, with a beginner character and the story is reset, as well as all the discoveries (codices, characters ...). A somewhat artificial way of giving back things to do that I personally don't find the most interesting, although we can only praise the studio's willingness to continue offering content for an already old game.

The atypical Venetian graphics of the title take us into a rich world with a complex history, with its history, its culture, its religion ... The soundtrack and the quests fully dubbed (by famous actors such as Matt Mercer, Felicia Day, Jennifer Hale, Dave Fennoy and Ashly Burch) add to the immersion. There is really a lot to learn about the Città where Cicero and his friends play. But besides that, the not very intuitive mechanics, the difficulty to read the action in combat and the linear side of the progression are a bit off-putting, I had a hard time feeling totally involved in Cicero's stories even though I had a good time in his company, and will remember the adventures of Ispettore for a long time.


Do you want to be up to date and know all the tricks for your video games? In gamesmanagers.com we enjoy playing as much as you do and for that reason we offer you the best tricks, secrets or tips for you to play non-stop. We offer you quality content and always updated to keep you up to date. That's why, in our website, you will find not only videogame guides but also tricks, secrets and thousands of tips so you can play to the limit. Are you ready to get it? Enter now and enjoy your videogame!
Paladins - The Basics ❯

Add a comment from Masquerada: Songs and Shadows - The Magic of Venetian Masks