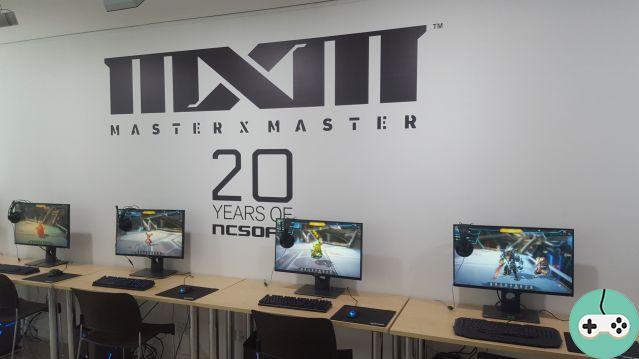 Today is the official release of NCSoft's MOBA: Master X Master. For this occasion, I was invited by the publisher to present the final version of the game to me as well as various points on the future of the game.

Master X Master what is it?

Master X Master also called MxM, is a MOBA developed by NCSoft for several years already. One of its strengths is that the publisher wanted to rely on its franchises to create in-game characters (Guild Wars 2 for example with the character of Rythlock). We find the following game elements: 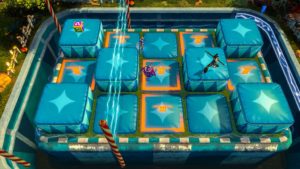 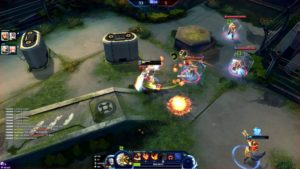 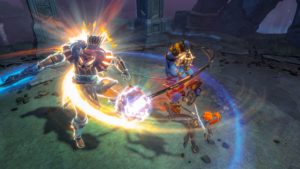 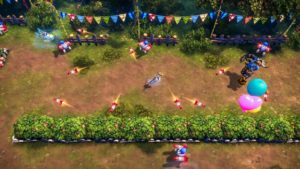 One of the points that makes the difference and the advantage of MxM is the possibility of playing two characters in the same game while being able to switch between these two (recovery of 15 seconds base). Thanks to this feature, you can make up for things missing from your main character, for example, or even from your team. You should know that, concerning the heroes, each has an affinity with an element, as in a part of Janken (or Chifoumi) each of the elements has the ascendancy over another.

The PvE mode is not something trivial either in MxM because it will allow you to unlock for example certain "nodes" to improve your character (even if this is possible with the PvP content) but especially some of the characters not. can be unlocked and improved only through specific dungeons. Rytlock, for example, can only be unlocked through the Ascalon Catacombs dungeon (which for GW2 players is essentially the same as in game).

Even if I have already said it in a previous article, Master x Master is very promising by these different contents which will be able to attract many different types of players. Even if I haven't mentioned it, you have to add to the previous content things like achievements (unlocking objects and character lore for example) or the possibility of creating a guild with other players and especially a global lobby ( instantiated to 100 players) where you can chat with other players as well as unlock your runes and items from certain characters. 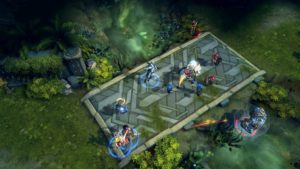 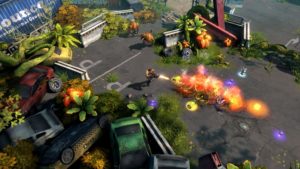 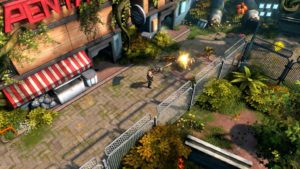 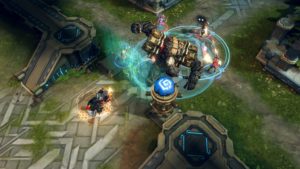 In addition to the presentation and being able to preview the game, I was able to interview Sean Orlikowski, the brand manager of Master X Master:

[Sean O.] We wanted to look for something innovative and which could lead to interesting things. With this system, you can create endless possibilities whether with your team or even in game. Simple examples like the possibility of having two specific archetypes (a tank and a dps) or even different combos with this functionality. One of the characters in MxM can create an area of ​​ice around them that deals damage, you can pass over a character that can approach your enemies quickly and has good defense to inflict maximum damage on your opponents. Looking at the different games during the beta stages, we saw some really interesting things and even sometimes new it must be said.

[Sean O.] The switch system is a perfect example of how we try to make a game different from others. This feature brings a certain dynamism to the game and was really appreciated by players who were able to find some interesting features between the characters. We have also added other game modes such as PvE or mini-games which are very rare in this type of game. We do not forget on the other hand the PvP players who will find the classic content although different on different points with matches in 3v3, 4v4 and 5v5.

[Sean O.] Our primary goal with MxM is to have created an action game where several game modes including PvE are part of it. This game mode will be able to give players the opportunity to face enemies other than players but where the challenge is present. For example, you will have to think carefully about dodging, choosing the right spells at the start of your game, ... As players like to be in rivalry, we have added rankings by difficulty and rank so that everyone can compete with others. However, spectator mode is only present in PvP in 3v3 and 5v5 modes.

[Sean O.] For example, we created a competition some time ago to create a new in-game skin which was very popular. Regarding mini-games and community involvement we haven't talked about it yet but the idea is great and we'll be looking to try and build something on it.

[Sean O.] We have already included a spectator mode for 3v3 and 5v5. On top of that, we are going to have a league-shaped leaderboard with seasons and preseason. Regarding eSport as we know it now, we will see the enthusiasm of the community on this part to, why not, create something.

[Sean O.] We let us call on the various studios to help us on these two aspects. We try to faithfully represent the universe of the character and the dungeon so as not to distort the license from which it comes. For example, for Rytlock who comes from the Guild Wars game developed by ArenaNet, they were able to provide us with a lot of material such as conceptual images or directly 3D models of the character which, it must be admitted, was very useful to us. The aim is for the player playing both games, for example, to find aspects familiar to the license. 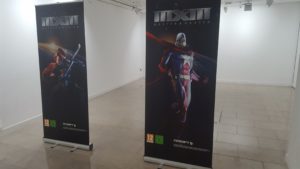 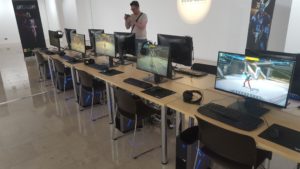 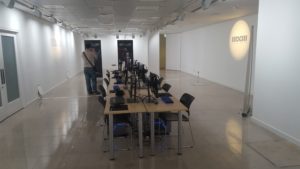 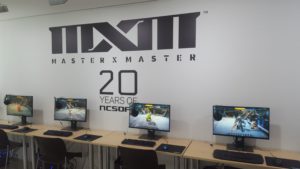 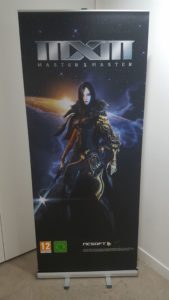 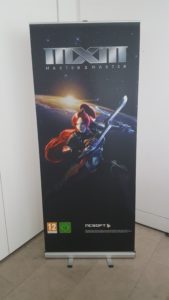