> Observe_ - When your fears get hacked 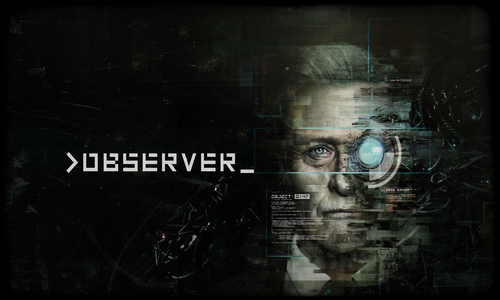 > Observer_ is an independent game developed by the studio Bloober Team SA, published by Aspyr and released on August 15, 2017.

The game takes place in 2084, in Poland, in a future where technology is omnipresent, even in our bodies. While everyone is being "cybertenized", a mysterious disease spreads: nanophage. This disease attacks people with cybernetic elements, a kind of half-organic, half-cybernetic virus, for which no cure exists and which is fatal in 100% of cases. This disease is spreading everywhere, killing thousands of augmented people. 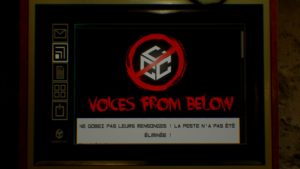 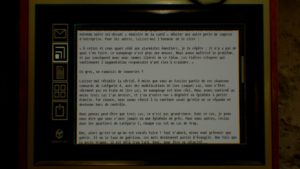 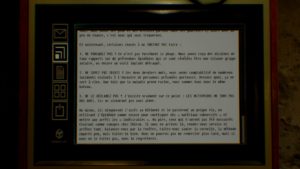 It was after this misfortune that a great conflict began, which would be called "The Great War". The latter opposes the West to the East and neither side emerges victorious, the two camps having caused immense damage and suffered significant losses. It is because of this conflict that a corporation, named "Chiron", succeeds in taking power and control of many countries and sets up "The Fifth Polish Republic".

We play an agent in the service of this corporation, Daniel Lazarski, who oppresses the people by insinuating themselves into the dreams and minds of people in order to find what they are hiding and to condemn them, called « Observeur ».

The game therefore plunges us into a future that is both post-apocalyptic and cyberpunk. A mix between Ghost In The Shell, Deus Ex and Blade Runner.

It must be said, the game is aimed at a mature audience. The game deals with many topics, such as drugs, murder, torture, kidnapping, rape, war, racism, child trafficking, discrimination, perversity (voyeurism, prostitution, etc.), organ trafficking .... The general atmosphere of the title is also extremely dark, do not wait or hope to find an ounce of care in there! : D

Let's be clear from the start: the object of the game is to investigate. There will be no fights, bosses, monsters ... The game will ask us to explore, converse and search for items and information. The game has a "slow" pace, which fits perfectly with the gameplay.

The first thing to know is that the game will ask you to manage your stress. Indeed, certain situations can make your character stress, which will cause desynchronizations between your biological and organic parts. 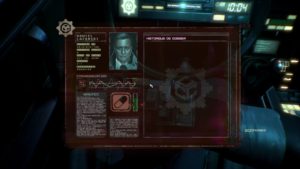 It will therefore be necessary control your synchronization, because the more you are stressed, the more you will have bugs, which are noticeable by vibrations, tugging and "jumps" of the image. The stress will increase depending on what you come across, whether it's chatting, finding a body, stumbling across a crime scene, searching an apartment, and finding things ... weird. Roughly speaking, this is your health gauge. 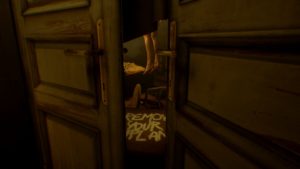 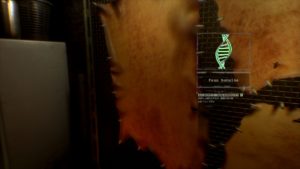 As said above, the game is based on surveys and for that, you have a small panoply of capacities at your disposal. The first is the organic vision which allows you to study, track and analyze any organic material you find. This will be very useful for you to analyze the wounds on a corpse or a trail of blood for example! But also, well ... everything organic! 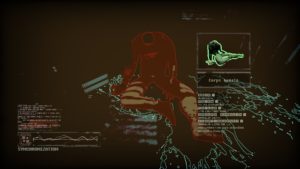 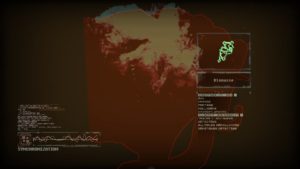 Your second ability is cybernetic vision, which allows him to see all technological objects. As its name suggests, this vision detects and analyzes all electronic components, such as chips, computers, digicodes. 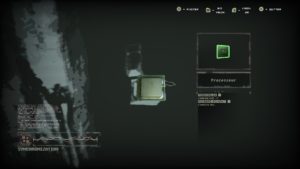 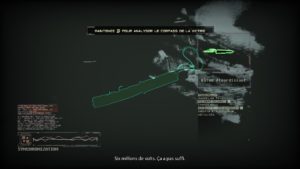 A third vision is, for its part, the night vision. No need to tell you more, the name speaks for itself! : D of course, you also have a vision «normal», it goes without saying !

Throughout the adventure, you will therefore have to regularly juggle between the different visions to advance both in the world and in your investigations. But the biggest tool you have at your disposal is the ability to connect your brain to that of others and thus penetrate their minds, memories and dreams. 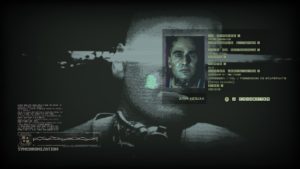 It will take you to very strange and, most importantly, most of the time, very dark worlds and universes. Indeed, you will literally be immersed in the subconscious of individuals and it will not be the best representatives of humanity that you will come across!

Visually, the game is beautiful. The decorations are not very varied, but well detailed. Since we are in the “shallows”, do not expect to come across breathtaking panoramas! The game is very gloomy, which is very well transcribed visually. 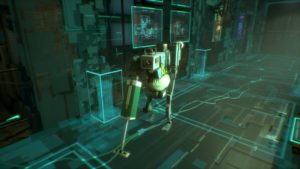 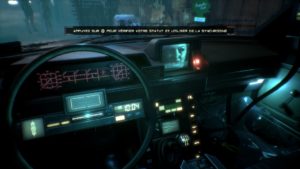 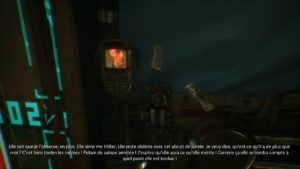 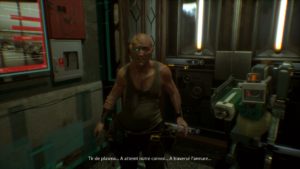 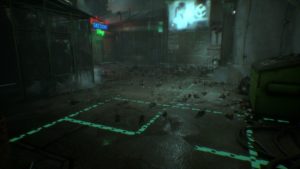 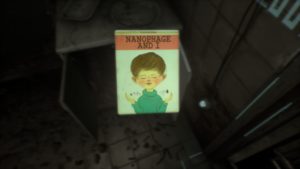 As for the soundtrack, the atmosphere is also perfectly suited. However, on the music side, it's not fun. But the ambient noises, the various sound effects ... are very well done.

And finally, optimization. The latter is excellent. The game does not require a very basic power configuration, but even with a modest configuration, the game is very smooth and there is no big drop in IPS, freeze or the like, even in very busy scenes. .

The game is really a pleasant surprise. Whether it's on the gameplay side, the atmosphere or even the scenario, we are surprised many times. The scenario, without going into details, is well developed, complete and has some surprises in store. The atmosphere and the scenario will not please everyone though, due to the fact that it is extremely dark, cold, raw and cruel.

Personally, this is a game that I recommend if you like games that have a slow pace and are based exclusively on exploration and research. But maybe wait until you find it on sale, because 30 €, I find it a bit expensive.

Bad North - You won't get my island, Vikings! ❯

Add a comment from > Observe_ - When your fears get hacked