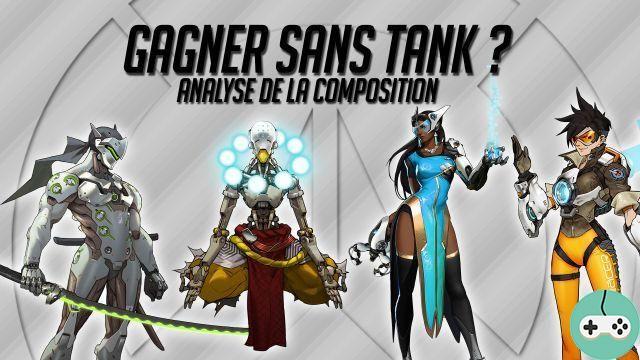 This weekend saw the now usual GosuGamers Overwatch Weekly EU and NA, where the best teams battle for the ephemeral title of the best team in the region. This week, a very particular meta was set up, where teams play ... Without tank! ... Or almost. Analysis.

Chopper being certainly in the category "Tank", this one is not really there to play its role of protector. This gigantic bag of meat hides (half) colossal damage. His role ? Make havoc in the opposing team. But that is not the heart of the composition.

This is based on the fact that

Tracer, with 200 Health Points thanks to the Photon shield (E) of

Symmetra, will both benefit from a Orb of Harmony (MAJ. G.) coming from each of the

Zenyattas and will put immense pressure on the opposing team as the three supports move the convoy forward. At first, this composition does not look like much, but if the slightest advantage is taken by the flankers that are

Tracer, It is the beginning of the end. The snowball (Editor's note: snowball effect) of the composition is very strong. In general, the situation is cleared by a good Pulse Bomb (A) of

Tracer. Following this death, the flankers will be able to chain the opposing team to their spawn point. The duo of

Chopper, will be able to take care of the heroes wanting to challenge the escort. The Orbs of Discord (E) will melt the targets in the rain of bullets and the punches of the two monks and the Australian Junker! The last force of

Chopper comes from its sustain, that is to say it is able to heal itself, without needing to remove a Orb of Harmony (MAJ. G.) to a flanker. In its place, other heroes can be played, for example

VODs of the finals

I really like this composition, it brings a new dynamic to the meta and above all allows you to see explosive matches! And you what do you think ? Tell us that in the comments!

Add a comment from Overwatch - Analysis of the "No tank" compo