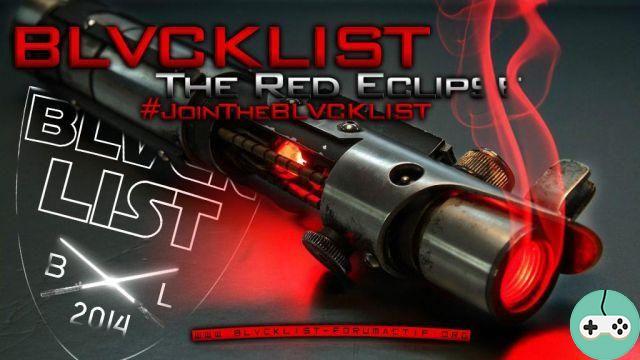 It had been a long time (and even a very long time) since we last featured guilds on the site. At the end of last year, we regularly presented structures in the column animated by Juliaan and Shana named PCM. But the little members of the BLVCKLIST guild were very naughty, offering their presentation directly through our writing tool (the big blue button up there) so we are happy to present them to you today! 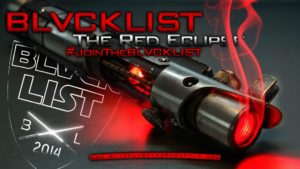 What is the history of your guild and why this name?
The BLVCKLIST guild was first created by Kenshu in 2014, on Battle Meditation at a time when major guilds were collapsing and recruiting conditions were becoming difficult (disappointing updates, major migrations, players stopping the game) . However, our guild is rather a reconstruction from the debris of an old guild dating back to 2012, a solid core that has enabled us to cope with this decline.

The BLVCKLIST has a hard core of players with heterogeneous temperaments, but whose common goal when it was created was simple: to reside in the TOP of FR guilds.

The BLVCKLIST guild had to recruit without hesitation to pick up players where they were, in neighboring guilds, or taking advantage of frequent migrations from the community. It is thus the fact of having strong characters and a reputation of "trashtalkers" which pushed us to call the guild: BLVCKLIST.

What are your orientations, your activities in the game or on other games?
Some of our players are on games more occasionally (FIFA, HOTS, BDO etc ..) but we are quite loyal to SWTOR which is for many our first favorite MMORPG, probably due to its transgenerational universe.

When it was founded, the guild was dedicated to PvP and more specifically to high-level PvP or ranked (which is still the case). However, we are currently in the process of forming a brand new PvE roster that would aim to be on the same lineage, i.e. high level, with the goal of completing PvE content in all difficulty modes. Moreover, if you feel like it, go to our forum to apply for either PvE or PvP on The Red Eclipse server.

How are you organized at the guild level? Are you recruiting members?
We have a rather atypical organization with regard to the wording of our titles. Indeed, our "high command" is made up of:

The veterans even have a warm place on a togruta skin sofa with a twillek brain juice, uh huh, a treat!

As I mentioned before, we are in the midst of a recruitment policy, which is quite exceptional to be underlined since we tend to go to players that we find good rather than launching major recruitments.

What is your opinion on the content of the game?
We were disappointed with the direction Bioware was taking regarding PvP. Indeed, we were in love with the classified V8 and the fact of not having the choice between the V4 and the classified V8 leaves us with a bitter taste. The deplorable balancing annoys us a little as well, but hey, that's how it is. We have to adapt to the game as it is.

Regarding PvE, we are quite happy despite a 4.0 failed, followed by a major update (5,0) also failed in our opinion. The content is sort of new to us, although we've been on it before, not having tryhard gives us a good feeling going back to it. We're having a lot of fun, hence our recent PvE roster in the making.

An anecdote about the guild and a little word to finish?
We have a lot of little delusions and funny anecdotes, but we have a lot of fun with hashtags so here it is: #GGtasoeur

Dogs bark but the caravan moves...

We are BLVCKLIST, are u on it ?

rjprojectsonline (at) Gmail (dot) com or your turn also use the writing tool to send us all your articles! We can't wait to hear from you!

Do you want to be up to date and know all the tricks for your video games? In gamesmanagers.com we enjoy playing as much as you do and for that reason we offer you the best tricks, secrets or tips for you to play non-stop. We offer you quality content and always updated to keep you up to date. That's why, in our website, you will find not only videogame guides but also tricks, secrets and thousands of tips so you can play to the limit. Are you ready to get it? Enter now and enjoy your videogame!
SWTOR - Shadow DPS: PvE Optimization ❯