Riders of Icarus - Starting as an Assassin 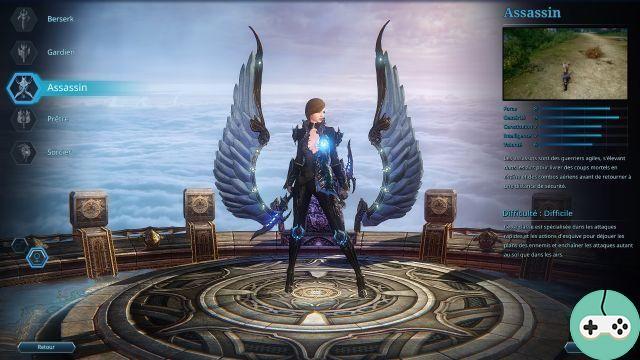 It is not always easy to understand and assimilate all the intricacies of a class during our first fights with it. This short guide will introduce you to the different skills of the early assassin (from level 1 to 10) and how to use them.

Spells and their uses

You will find below the spells in spanish and English. 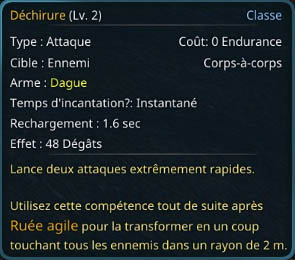 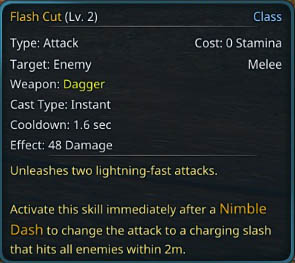 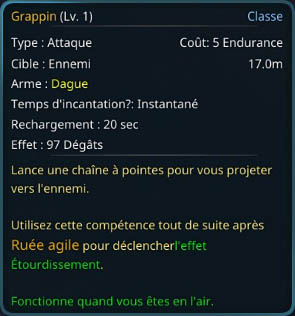 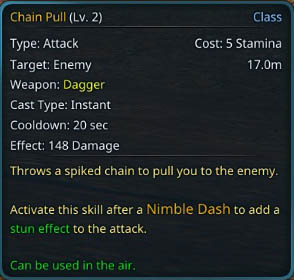 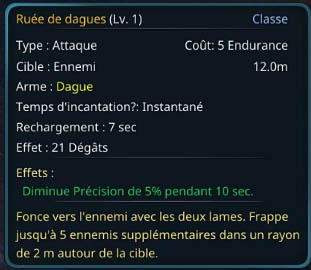 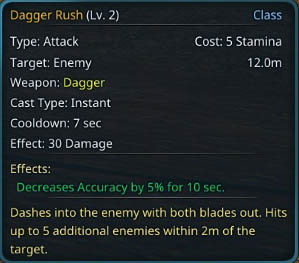 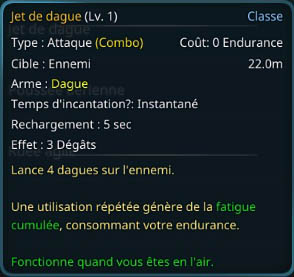 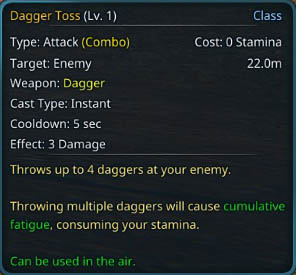 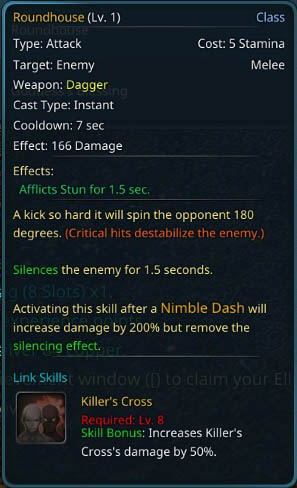 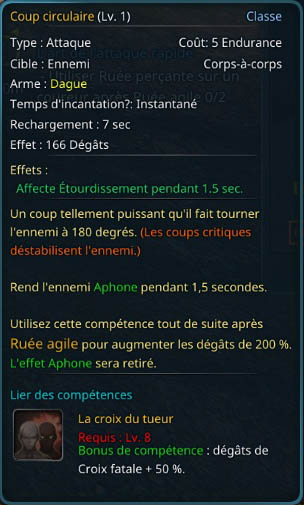 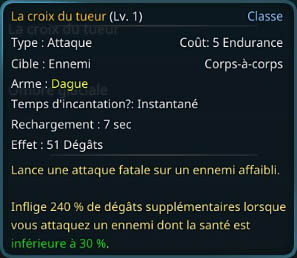 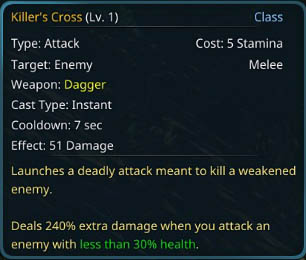 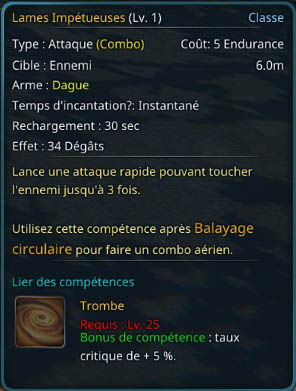 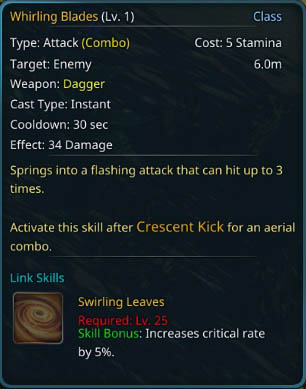 With 3 spells to start, no need to rack your brains too much: Grapple / Chain Pull history of arriving quickly on the enemy followed by Tear / Flash Cut to complete it. You can alternate Grapple with Dagger Rush.

At level 3, we get a new spell, Dagger Throw / Dagger Toss (which speaks for itself), as well as two Passives:

It will therefore be necessary to think about using Agile Rush / Nimble Dash before certain skills, example:

It will then suffice to include Killer's Cross at the end of your cycle.

Finally at level 10 you will get Whirling Blades, which is normally used with another skill to achieve a combo, but you will only get the latter at level 15. Yes, it doesn't make much sense!

You will quickly understand, the key to the assassin to maximize his damage is to move! Don't forget to make a Agile Rush / Nimble Dash before Tear / Flash Cut, Grapple / Chain Pull and Circular Blow / Roundhouse.
Be careful with Tear / Flash Cut which will then have an area effect. You will hit targets within a 2m radius. Practical if that is your goal, deadly if you are too well surrounded ...
Grapple / Chain Pull will gain the Stun effect and a stunned enemy is an enemy that doesn't smash your skull!
Finally Circular Blow / Roundhouse will have its damage increased by 200% after a Agile Rush / Nimble Dash but will no longer inflict Voicemail / Silence on the target. Don't forget to chain with Killer's Cross just after.

You now have a good foundation to start your career as an Assassin on Riders of Icarus! Do not hesitate to send us your suggestions and comments to refine this little guide for beginners.

Add a comment from Riders of Icarus - Starting as an Assassin