Shroud of the Avatar: Forsaken Virtues - Return of the Lord 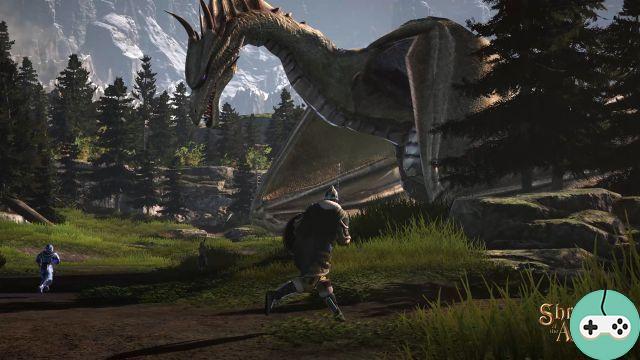 In the world of RPGs, there are names that quickly give chills to those who may have known them. This is particularly the case with Ultima, one of the first RPG series which began in 1981 with the release of the first part. In 1997, when online gaming was only in its infancy, the series was enriched with an entirely online title, one of the first popular MMORPGs: Ultima Online.

It is also difficult to talk about Ultima without talking about its creator, Richard Garriott, alias Lord British. A genius developer, a little whimsical, he is at the origin of the Ultima series with his company Origin Systems (which he sold in 1952 to Electronic Arts) which he left in 2000. After ten years at NCSoft, Garriott slams the door to NCSoft (or is kicked out, opinions differ between the two parties). He is now found at the head of Portalarium, the studio behind Shroud of the Avatar. 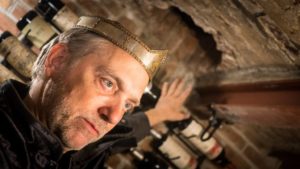 It was after a well-attended Kickstarter campaign in 2013 (more than 22 contributors for $ 000 million) that the Portalarium studio launched the worthy successor to the Ultima series (Garriott no longer having the rights, it was necessary to find another name) in Early Access in 1,9: Shroud of the Avatar. 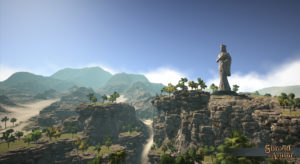 SotA takes the basics of what its ancestor proposed, namely:

You have to grope

The first steps in New Brittania are really rough considering the few "useful" indications given. I insist of course on "useful", because indications, there are ... many even. If there is one criticism that we cannot make about this game, it is having a shoddy background. Dialogue, there is, for those who take the trouble to read what is displayed on the screen. But suddenly, important information, such as the location of a quest or a place, is a bit drowned in this flood of text. 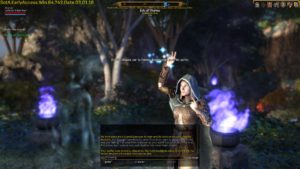 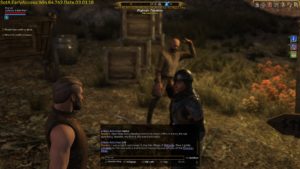 It is therefore necessary to be attentive to the smallest detail. Which is not necessarily always easy with the translations for the moment rather risky (the game is being localized), unless you can read English easily. And all the more so since the maps are not very detailed either and above all they must first be obtained, in loot or by buying them, before they can be used. No more maps full of information about the world! The game encourages a lot of exploration and experimentation. 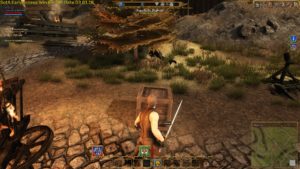 Was it really better before?

During all the writing of this test, I kept asking myself the questions: were MMORPGs really better before? It's hard not to think about it when you were introduced to MMORPGs like me when they became mainstream. Because yes, you may not know it, but there were many MMORPGs before WoW! I invite you to reread my file on the MMORPG Saga to convince yourself! 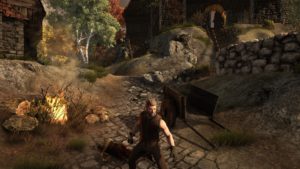 But if we can see one thing over time, it is that MMORPGs are becoming much easier to access, even if it means sometimes being at the limit of assistantship. Based on this observation, at a time when the majority of players are looking for accessible, immediate and "simple" games (without this being pejorative), one is entitled to wonder if it is wise to offer such a game. complex, as demanding in terms of time as Shroud of the Avatar. This is such a subjective question that it is difficult to answer with a very objective opinion. 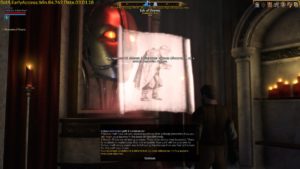 While trying to be as objective as possible, if one bases oneself on a purely "business" opinion, it is in my opinion a very big mistake, because the risk of flop is very present. Now, fortunately, the world of video games is not just a big deal. There are also passionate people behind these games, who don't necessarily have profit in mind. SotA will certainly not be a huge commercial success, but we need games for everyone, and it is clear that there is also an audience for this type of game (as can be seen from the very popular Kickstarter campaign) and after all, the important thing is that there is something for everyone.

I'm not going to lie, this test was a bit painful. Hardcore MMORPGs, too demanding, are not my thing. Even more since I became a dad and my playing time has reduced considerably. The game is so complex that it is impossible to sum it all up in one article, there is so much to say. 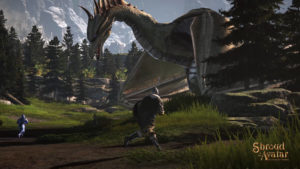 Nevertheless, the promises made by SotA are still very enticing, with an extremely open world, where the possibilities are endless. In addition, there are lots of great little ideas. One of them that struck me is the possibility of buying a blank book to write what you want. It would then be possible to find this book in the inventory of a player for example, who would have bought it from a merchant. Crafting is also one of the game's strong points, with players being able, for example, to create items that could later be offered by merchants, or even be offered as loot dropped from a boss. 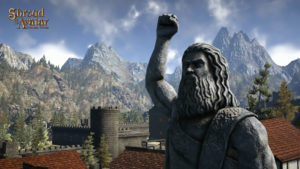 In short, if you're nostalgic for old MMORPGs, Shourd of the Avatar should be your thing. As if you like complex games, which take a long time to learn. If, on the other hand, you are like me and have little time to devote to a game, or do not have the patience to take the time to discover it properly, you are likely to be disappointed.

SWTOR - The Hermit: Tips for Beginners

Add a comment from Shroud of the Avatar: Forsaken Virtues - Return of the Lord