Sky Knights - Dominate the skies 4 vs 4 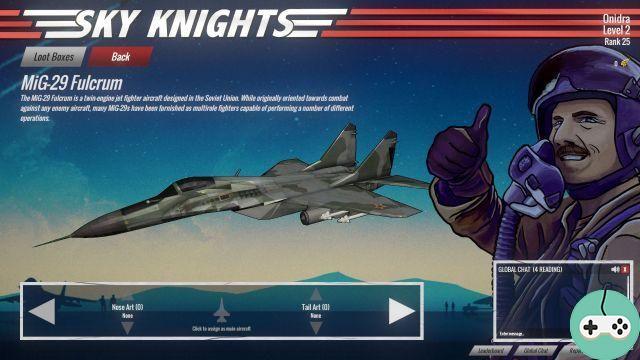 Sky Knights is a 4v4 airplane fighting game created by a single developer, Hampus Bangler, a Rovio alumnus who worked on Angry Birds 2. And I had the opportunity to play a few matches before its release. today.

The first time you launch the game, you will have to choose between controlling your planes with a keyboard / mouse or with a joystick. For my part, I opted for the first, always finding more precise shots with a mouse (even if the studio recommends the second). 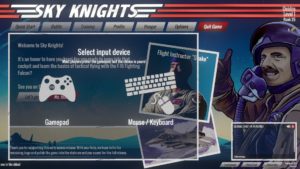 A tutorial is offered to the beginner pilot that I am to train before going on a real operation. From the first instruction, consisting of starting the engines using the W key, I go through the options for configuring shortcuts to change the American parameters. I take this opportunity to learn about the different options. 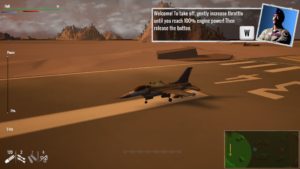 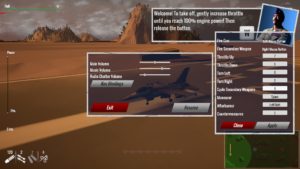 The plane accelerates thanks to Z, and decelerates thanks to S. It turns left and right with Q and D. Nothing but very normal until then! A boost is activated with the Shift key, but this is not without consequence because it burns fuel. However, the plane takes off with a certain amount of fuel that must be used sparingly. 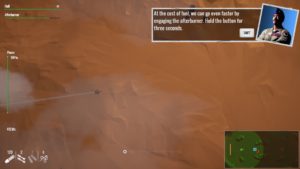 It is the same for the weapons, the plane takes off with a defined quantity of weapons: main weapon (left click of the mouse) and secondary weapons (right click of the mouse). Secondary weapons vary depending on the aircraft: heat detection missile, bomb, anti-tank weapon, etc. Airplanes are also equipped with countermeasures. When you run out of ammunition or fuel, it is always possible to land to refuel even if it's technical (I crashed all my devices)! 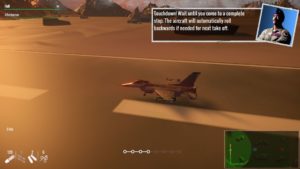 Finally, the last important key to remember: Space. The maneuver performed by the device, supplemented by the countermeasures used at the right time, saves life. Without too much difficulty, I succeeded in completing the tutorial: attacking other planes, shooting down tanks, hitting targets with my bombs… So many tasks that I will have to master perfectly to win the games. 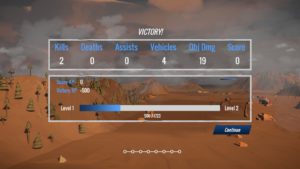 To play, you have to create a game and host it. There aren't many options, just the number of protagonists: 2v2, 3v3, and 4v4. In case there aren't enough players, AIs automatically fill in the vacancies. 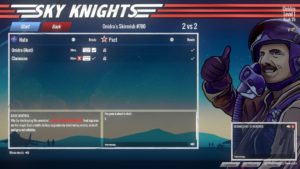 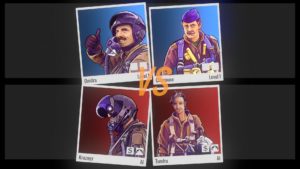 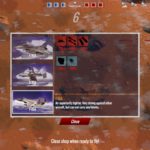 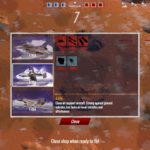 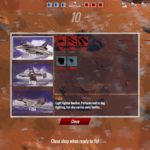 With each death, it is possible to change aircraft and take bonuses that cost points earned by playing and scoring objectives: increase weapon damage by 15%, add two heat-sensing missiles, board four small bombs doing 75% damage instead of the big two, increase survival by adding 25% armor, increase engines to improve acceleration and top speed. 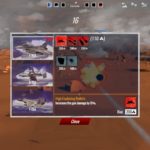 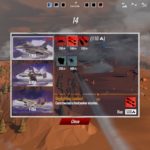 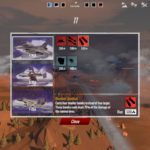 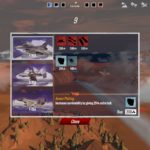 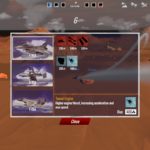 The objective is simple: shoot down the three enemy bases before the enemy himself succeeds in destroying our bases. To defend themselves, each faction has planes in the sky and tanks on the ground. Tanks can be shot down by planes or fight each other on the ground, all managed entirely by AI. The generation of these troops depends on the victories achieved by the players: the more troops are defeated, the better the morale of the troops and the faster the tanks arrive. 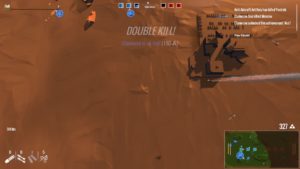 At the end of a game, a scoreboard summarizes the achievements of each. 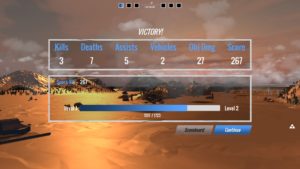 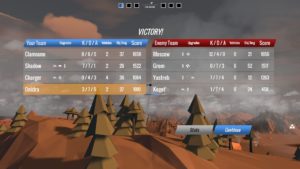 Finally, from the hangar, the planes are previewable, three for each of the two nations. 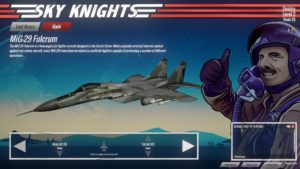 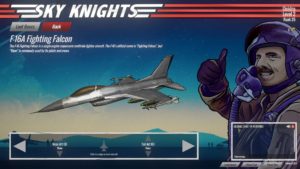 There is currently no story mode or other combat modes. Suddenly, the mechanisms are quickly acquired in a few parts. The AI ​​is strong, which presents a certain challenge for novice pilots. During our first part, we died pitifully, crushed by the two enemy planes. So, we restarted a 4v4 game and the two AIs on our side tipped the game in our favor. Since the game has not yet started, there were no games with other players, but the mission must gain in fun and pace in the face of real players making mistakes. Otherwise, on the handling side, there is nothing to complain about, the planes react well, whether to the keyboard or to the controller, and the graphics are correct, a rather special unrealistic style that sticks well to the universe, everything like the sound environment.

If you are looking for a little shooter to spend a few evenings with friends, Sky Knights can keep you entertained for a while, although boredom can come quite quickly due to the lack of different modes and planes. But when we remember that this game was made by a single man, the long work of two years of passion, we can only salute the work and forget this few lack of content that will perhaps be completed if we give his luck with the product!


Do you want to be up to date and know all the tricks for your video games? In gamesmanagers.com we enjoy playing as much as you do and for that reason we offer you the best tricks, secrets or tips for you to play non-stop. We offer you quality content and always updated to keep you up to date. That's why, in our website, you will find not only videogame guides but also tricks, secrets and thousands of tips so you can play to the limit. Are you ready to get it? Enter now and enjoy your videogame!
WoW - Pre-Expansion Patch Guide ❯