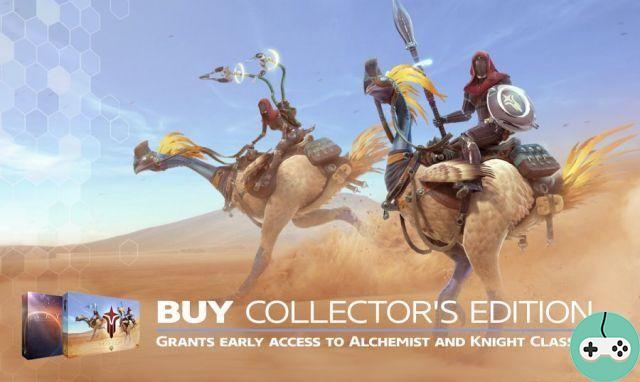 We told you earlier in a previous article: the all-new open beta of the game from Allods team and Obsidian Entertainment was supposed to open today for the general public and they have not broken their promise!

The beta is available from July 9 in early access for players who have purchased a Founder's Pack and July 16 for others. Following this release, a new beta video "trailer" appeared on the official YouTube channel:

The sf.my.com site also announces that you can win a Mechanical Suit if you log in between July 16 and 23, 2015, jump on your screens!

Since the game is now available to everyone in open beta, there are no more Founders Packs but instead replacement versions for anyone willing to spend € 13.99 for the standard edition or € 54.99 for the edition. complete.

The standard edition (13.99 €) offers you 6000 Argents as well as 30 days of free premium, the title "Guardian of Aelion" with its badge on the portal, a Starter capsule containing 50 credits, 000 spark replicators, 250 slots for your bag, Tier 12 Upgrade Stones and 1 Celestial Threads.

As for the full edition at 54.99 €, the game offers you early access to two new classes: The Alchemist and the Knight, with the gift of a Moah (a mount exclusive to Guardians), the title "Guardian of the sands "as well as his badge on the portal, 20 monies, two months of premium and a Collector's Capsule containing 000 credits, 150 spark replicators, 000 bag slots, a set of legendary weapons to begin with and 1.000 threads heavenly.

Of course, for those who already have the game as well as the official Skyforge client, all you need to do is download the latest update and log in.