Skyforge - The Adventure Resumes on Console 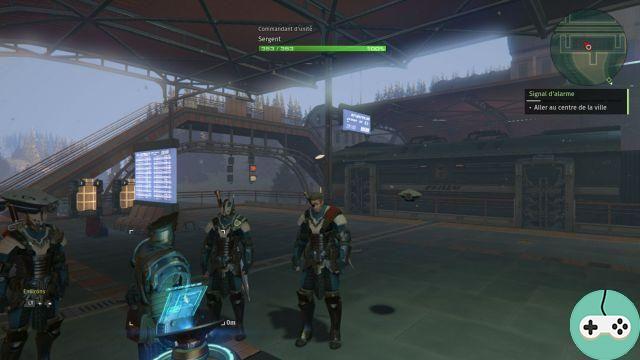 November 10 kicked off early access for the Xbox One version of Skyforge, MMORPG already released for a while on PC (in open beta since July 2015) and more recently on PlayStation 4 (in early access since March 2017). On this occasion, having just recovered the Xbox One X, I did not hesitate to return to Aelion to become a God again, helped by a code offering me the Gold Founder Pack.

I could end this presentation in just a few words ... Have you played the PC version? So you know what to expect on your Xbox One. This console version is completely the same! It must be said that the controls of the action MMORPG, with a limited amount of skills that do not require targeting, are perfectly suited to the use of a controller. Its use has already been supported for a long time on a computer. Suddenly, the interface only had to be barely optimized to get rid of the mouse / keyboard duo and it works naturally. Nothing suggests at any time that this is a port. A real success, therefore. 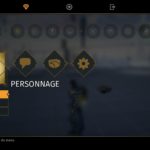 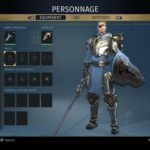 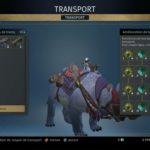 For those who have never played on PC, Skyforge is an MMORPG with all the features that go well: characters, classes, story, quests, instances, one-off events, guilds, chat chat, achievements, mounts ... The start of the game goes through the creation of the character, choosing among several possibilities of morphologies, faces, colors, up to the tone of the voice. The appearance is completed by an outfit, the options are necessarily limited at the start of the game, others are unlocked as the adventures progress. 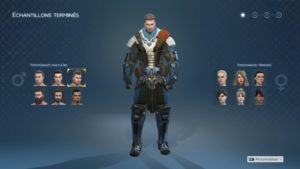 Then I find myself catapulted directly onto Aelion to begin my first mission ... which will not necessarily go as planned! The world is vast and beautiful, with stunning lighting effects on the big TV - these screenshots don't do the scenery justice. The optimization seems well done, I did not feel any slowdown, even when fighting against a lot of enemies, without forgetting that I played on the Xbox One X, so still happy. The game is not yet enjoying an optimization patch for Microsoft's Monster, I can't wait to see what it will look like if they update as the sets are already of excellent quality. The music is pleasant, supporting the epic and divine impression, without being unforgettable. 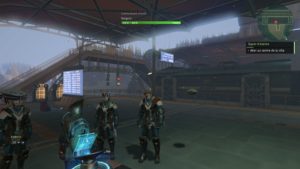 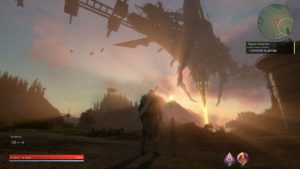 The class is not to be chosen when creating the character, it will be an additional choice to be made after about twenty minutes of play. Because, a very good thing in Skyforge, the character is not stuck in a lane at any time. , any player can change his vocation according to the desire of the moment ... or his wallet because some classes are to be bought with real money. Basically, three classes are unlocked: Paladin (a big nag using sacred magic and a two-handed sword), Cryomancer (a wizard using frost) and Lumancien (a healer). Plus the Berseker (a big warrior based on brute force) if you have the Deluxe Founder Pack, and the Gunner (a ranged DPS) for owners of the Gold Founder Pack. Fifteen potential classes to unlock in all. 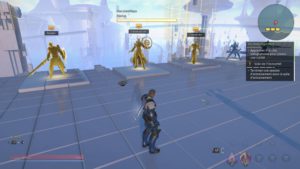 For quests and PvE content, Skyforge is very instanced, there is no real open world even if there are large areas where many players will meet, coupled with smaller areas, often indoors, which will only be limited here to one player or a group of players. Its missions are launched from the missions interface or in the Divine Observatory (large hub) and offer as a reward various currencies that allow the character's power to progress. Because there are no real levels, our immortal progresses by gaining the veneration of subjects, amazed by his prowess in combat. 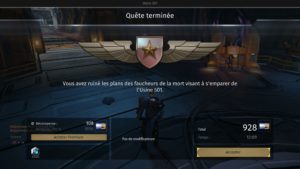 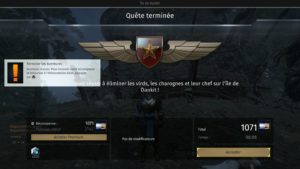 The console game inevitably suffers from the few negative sides of the PC version with a certain repetitiveness of the actions. To gain power, it quickly becomes necessary to redo certain content many times, to recover knowledge and increase the number of faithful. And, inevitably, the amount of credits or knowledge needed grows exponentially. The console version is no exception, although there is always a way to vary things to do from day to day, interspersing zone missions with instances and events, the developer working for a while. to offer the maximum of alternatives and erase this aspect.

Despite this not foolish aspect, Skyforge remains a very accessible and fun game, embarking on a vast living world that I have enjoyed exploring since its release on PC. It is now opening up to a new group of players and, if you haven't had the opportunity to play it previously, or if you don't mind starting over from scratch, you should test it on the console, you don't. regret not. However, I will remain on the PC version because I cannot resume my account, but also because an Xbox Gold subscription is required although the game itself is free.


Do you want to be up to date and know all the tricks for your video games? In gamesmanagers.com we enjoy playing as much as you do and for that reason we offer you the best tricks, secrets or tips for you to play non-stop. We offer you quality content and always updated to keep you up to date. That's why, in our website, you will find not only videogame guides but also tricks, secrets and thousands of tips so you can play to the limit. Are you ready to get it? Enter now and enjoy your videogame!
SWTOR - KotFE: Nightmare Mode ❯

Add a comment from Skyforge - The Adventure Resumes on Console