SOS Studios: a look back at successes 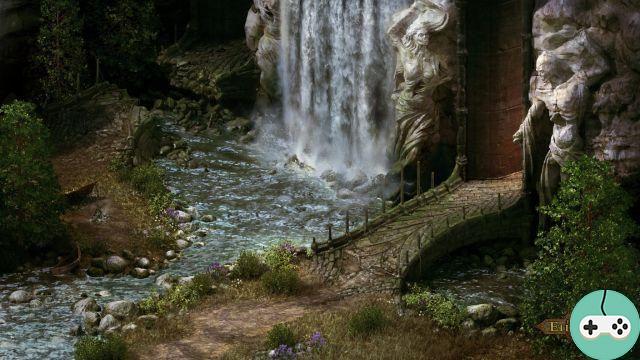 Last week we couldn't wait to talk to you about Star Citizen, the call for funding ending soon (in this case in 08h, run there if you have not cracked yet!) and I therefore did not take too much time to present to you what we plan to do in this new section, "SOS Studios". It's simple, every Monday, if a game we believe in asks for funding, then we'll do a little presentation and give you the reasons we think this game is promising. But if nothing pleases us, too bad, we will skip a round.

Thaerim (and the entire Games Managers team) believe a lot in Star Citizen. He may come back to you to tell you about this game which has a bright future with a little over 4.2M dollars, unless it is to present a new pearl. If you also like supporting projects and want to talk about your crush, do not hesitate !

Although I don't like using English terms, this expression is really ugly when translated into spanish (crowdfunding or crowd funding), so please allow me to keep the original version. Existing for a long time, especially for charities, it is only more recently that the concept has been extended to other fields of activity, in particular thanks to the success of the English-speaking site Kickstarter. In Spain, we have several sites, less known like Babyloan Ulule, Arizuka or the more media My Major Company which is becoming more widespread (it can help you if you have a great idea to finance).

Regardless of the platform, the individual is invited to give money in exchange for the rewards indicated on the project page. In the context of games, it is often access to alpha / beta, the game itself, the music. When participation increases, we can have exclusive titles, from the future team, images of the game signed by the development team to great rewards for any fan: visit the studio, have their avatar in play. .

It's not just a game but for the moment it is the project that raised the most funds in early August on Kickstarter, 8 596 474 $ to be exact thanks to 63 donors (12 of which gave more than $ 10) and 000% funding. The Project is an affordable new console ($ 904), powered by Android from the creator of Jambox. All games will be free and developers are already invited to purchase a development kit in order to start creating their games for Ouya (Final Fantasy and the Human Element prequel will already be in the game). 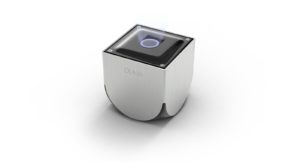 You can find more information about this new kind of console on the website Ouya.tv.

This RPG made the headlines of many sites in mid-October, notably thanks to the ultimate live on the last hours of Kickstarter, hosted by members of the Obsidian studio, breaking the fundraising record for a game with $ 3 for 986 donors. It should be noted that they also carried out a personal campaign on Paypal which brought in $ 929 thanks to 73 people making it possible to establish as of October 986 that they are 77 players enthusiasts who gave in total 4 163 208 $, making it possible to achieve the objective of 4M and 362% funding. 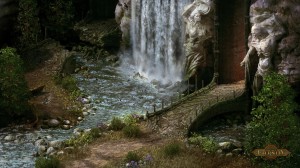 The studio has managed the craze admirably well, gradually adding new goals ("stretch goal"), always bringing more features to the game. Thus, 1.6M, the game has become Mac and Linux compatible , at 2.2M, we gained our localization in spanish while new classes were added regularly like the paladin and the bard at 2.7M. Finally, nothing would have decided me more than the houses at 2M and the Hall of Adventurers at 2.6M. Lots of days (and nights) of games in the forecast.

There are 5 people who bought the ultimate pack, it makes you want: 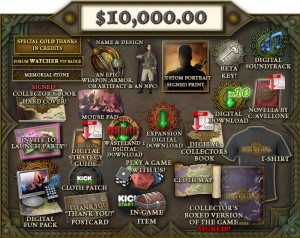 And there, if you say to yourself, why I did not know this game before, do not panic, it is still possible to support the project via Paypal on the official website: eternity.obsidian.net. In any case, I'm done, I already took the downloadable version at $ 25.

Kickstarter's "Most Funded" page shows a lot of games, sometimes 11% funded (like the Bones tricks game). I can't tell you all about them though, we would still be there tonight (and I'm getting hungry!). 273 games await right now your help, so if you have a few extra bucks, don't hesitate, the developers will pay you back. And tell me about your finds!


Do you want to be up to date and know all the tricks for your video games? In gamesmanagers.com we enjoy playing as much as you do and for that reason we offer you the best tricks, secrets or tips for you to play non-stop. We offer you quality content and always updated to keep you up to date. That's why, in our website, you will find not only videogame guides but also tricks, secrets and thousands of tips so you can play to the limit. Are you ready to get it? Enter now and enjoy your videogame!
Kenshi - The Multifaceted RPG ❯

Rift - Discussion with developers for 5 years

Add a comment from SOS Studios: a look back at successes