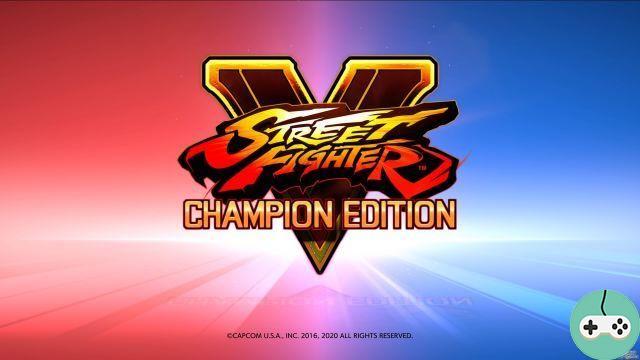 Street Fighter V made a name for itself as soon as it was released in February 2016 and not necessarily well. From controversies to scandals, through the rickets of its content, rare are the tendentious practices that have not been associated with the latest opus of Capcom's fighting game. Fortunately, the years have allowed the developer to try to rectify the situation by adding characters, stages and game modes. 4 years later almost to the day, it is a Champions Edition which is emerging, bringing together all the content of the game. game and including the season pass.

Before starting this test, it seems important to me to clarify that the game exists in 2 versions: the full version for anyone who does not have Street Fighter V (those who win) and a barely cheaper update kit for them. owners of the basic version. Otherwise called: those who are fooled in terms of price)

Note also that despite the fact that the game has been tested on a in full version, the installation of the entire game is far from being a piece of fun because the player is forced to go through dozens of news messages, all those announcing new content for these 4 years, but in addition, the content in question can only be activated after launching an update when the game has just been downloaded and installed. Without this update that does not launch automatically, the player will be stuck with the puny content of the game's release and taunted by these messages.
Here you are finally ready to play the Champions Edition. Well, not quite since the game still does not offer the famous Global Story mode that must be downloaded separately and manually by going to look for it in the sub-options of the internal game store, which sends us to a specific page of the game. PSN to then have to validate a download of 8 GB ... Without that, the mode remains inaccessible. When I spoke of a kit game, I was not exaggerating!

I'll make it easy for you: here is the link to the PSN page to get it to your PS4 from your PC. 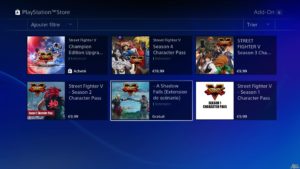 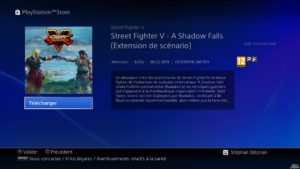 Here is finally Street Fighter V in its ultimate version, its 40 characters released in the seasons pass, with the all new Seth arrived in recent days, with all the paying costumes, the courses, the arcade game modes ... Everything? No. A wave of costumes and levels resists the invader who has invested in this edition asking for more coins and coins. And that at fairly high prices. I guess Capcom likes the controversy around their games ...

And yet it's a shame because Dimps has done a serious job of gameplay by offering various characters, rich and varied fights, a simple handling that is reminiscent of previous games while adding its own touch to make the fights more technical . Because let's not let the suspense last longer: Street Fighter V is a very good game focused on competition. I'm not a fan of the esports aspect of games of any kind, but that doesn't stop me from enjoying a good fighting game, a nice lineup of varied characters and a different playstyle. that SFV manages to do by limiting on the one hand the "clones" (Dan ... snif ....) and on the other hand by customizing each character beyond everything that had been done until now, on the series both visually and in terms of style. 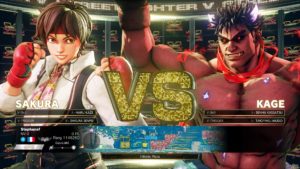 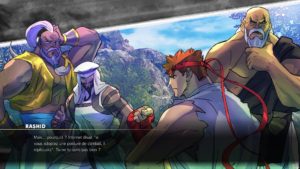 So for example, Dhalsim that I loved on SF II then went wrong, and in such a way that it had become abused over the episodes and there we come back to an yet different SFV, much more fair play and more technical. However even if I appreciate this desire to offer balanced characters, Dhalsim has lost me forever, I do not cling to his new style started on SF IV and pushed to its climax on SF V, as impressive as it is. But that's okay because there are 39 other characters with just as much care given to their fighting style! Some remain classics like Ken, Chun-Li, others like R.Mika or Karin being obscure ghosts from the Street Fighter Alpha series that I really like. And the rather inspired newbies of the saga fit perfectly into the cast. I personally have a small preference for Rachid and Julia among these newcomers. Only FANG didn't convince me either in terms of gameplay or as a character.

The combat system is still based on pad manipulations with one or more buttons as since the dawn of the series, while the V-System and the V-Trigger more or less recovered from the Street Fighter spin-off series Alpha add a bit of variety by allowing for variations of moves or abilities to be chosen for each character. However, these specific shots are linked to a gauge limiting the abuse of some of these techniques. Still happy... 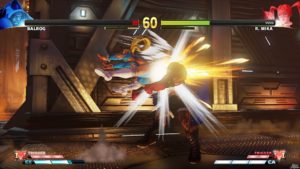 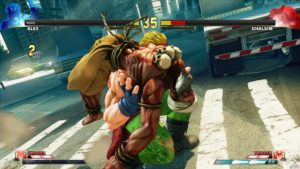 People used to Street Fighter IV and V will not be really disoriented with this SF V CE, since it does not reinvent anything that has been established, it only adds content that was previously paid on SF V. If by cons, you have not yet taken the step SF V, a bit like me who stopped at the last edition of SF IV), you will also need a little update of your habits and the grip to get you in tune with the game. Nothing bad, but between new moves, defense timings and new content, no matter your level and no matter whether your favorite character is present in both games, you will need to practice to deal with this new content.

Let's talk about this content. We have already touched on the characters and lightly of the stages, now let's take a look at the game modes. If we could criticize Street Fighter V for its lack of game content when it was released and even if the Arcade Edition had rectified the situation a little, today to do the same for this Champions Edition would be very bad language. Between the Global Story mode, the short stories for each of the forty characters, the challenges, the training, the online, the arcade mode which brings together several game modes, the player will have something to do alone or with friends. 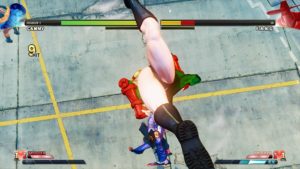 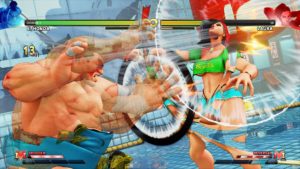 Even if alone, the experience will be a little biased, the fault of an incomprehensible and inconsistent AI. You see, the game offers 8 degrees of aggression. Forget degrees 1 to 3 right away, the impression of fighting with a motionless rag doll, the opponent is so passive. Beyond level 3, the reaction of the AI ​​is completely random. A level 4 normally as simple as level 3 may for no reason make you drool while a level 7 supposed to be above level 4, depending on its mood, may be as docile as a piece of wood and vice versa. As a result, the single player experience is irregular and not really consistent or interesting to progress. I therefore advise you to buy 8 friends with the game, 1 per experience level because you will not have to rely on the AI ​​to train and seriously improve in these conditions. Especially if you want to compete online. The story remains nice without being very original or even chasing Mortal Kombat in the narration. It must be said that the cutscenes with the game engine do not help because, despite the excellence of the animations in combat, the transition scenes between each fight are quite mediocre and look unnatural, especially in terms of the faces. We can clearly see that the engine was not designed to run cutscenes with non-combat animations. When the characters speak, we are convinced that the mode was created in a hurry to calm the ardor of angry players so much the technical quality of combat / story cinematics is day and night. Finally, it's not as if the scenario of the game had not already spat the song about the fact that we were going to spend a very blah moment on this scripted mode. 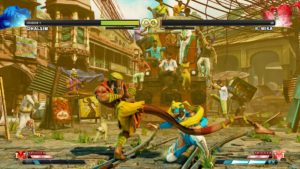 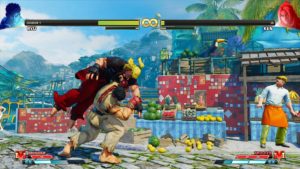 In short, SF V whether it's the classic edition, the Arcade Edition or the Champions Edition (which is the most complete), it's really two that it's great. Alone, it's more "Mmmmmmouais ... I quickly learn the commands of my character in solo and I beam you online". 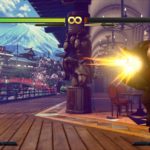 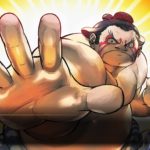 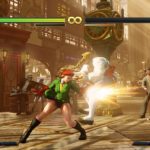 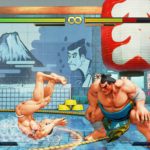 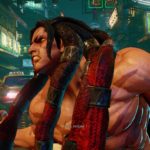 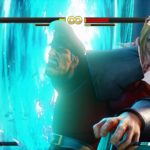 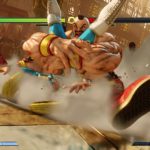 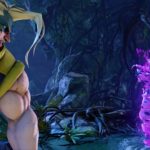 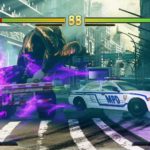 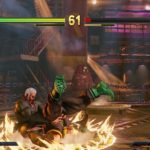