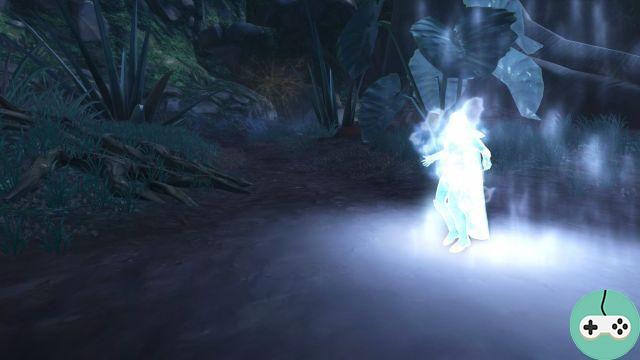 "Long forgotten Sith spirits have awakened on Yavin 4. This convergence of dark side energies could rekindle a powerful ancestral threat in the already dangerous jungles of this moon ..."

This sentence at the beginning of the last patch-note intrigued more than one person, this guide is there to explain what this referred to: the reactivation of hidden achievements on Yavin, and of a secret World Boss on the same planet. However, for clarity, the World Boss will be the subject of a second article insofar as it requires the prerequisite to make the achievements, but that the latter does not require to make the boss. On the menu after following this guide: eleven hidden achievements and two legacy titles.

The successes can be broken down into two suites:

You will have to travel the entire map to collect these various elements. Here is a map summarizing their positions: 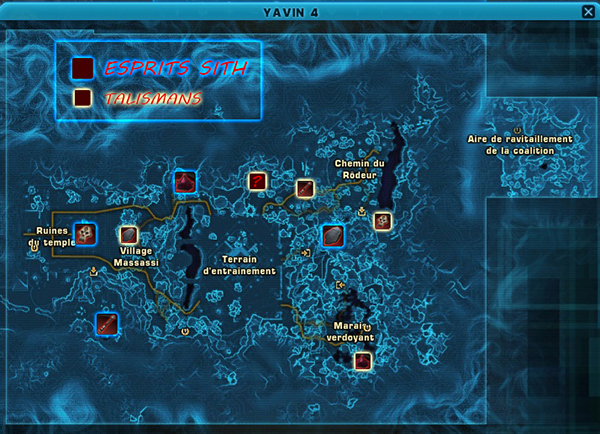 No doubt you will have noticed one or two since the last update, if you went to Yavin IV. There are four of them and are found towards the temple for three of them, the last being in the long central cave leading to the training ground. 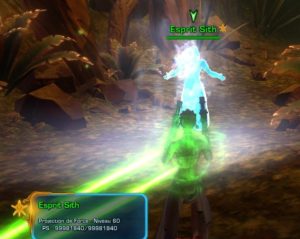 For each ghost, you will have to position yourself at its side and right click on it as if to start a conversation. The ghost will then stop advancing, will look at you and then push you back a few meters while disappearing ... obviously you have bothered him! When disappearing, he will apply the buff to you "Echo de Force", something you don't have to worry about at the moment, being used for the Hidden World Boss only (see other article for more details). Each ghost will apply a buff with the same name but with a different icon: holocron , mask, saber and tablet The ghost will normally reappear after five minutes after its disappearance, but it has been found to take sometimes a little longer, sometimes up to 8 minutes.

Here is the list of ghosts, their location, their real name (yes because they are all called 'Spirit of the Force'), their icon and the achievement associated with them. On maps, icons indicate where each ghost spawns, but moving ones can all be in the area outlined in red.

In other words Tulak Hord, is in a long cave known as "The breakthrough" making the link between the two lands of arrival of the Empire and the Republic: the green swamp and the path of the ranger. The symbol of his buff is the stone tablet. 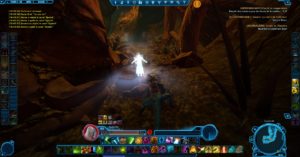 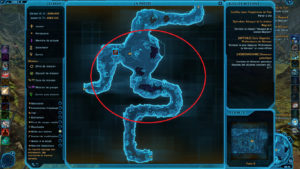 "The master of Vitiate", in other words, Marka Ragnos who gave his name of lord to the one who would become the emperor. It is located in the cave south of the temple ruins. Its symbol is a lightsaber hilt. 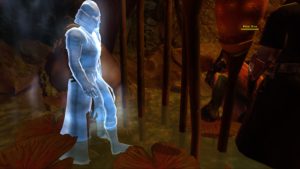 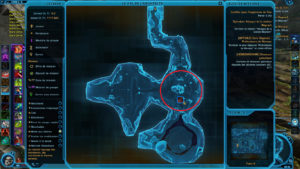 The magician of the dark side

The great Naga Sadow, for his part, stands still at the level of the small pyramid between the ruins of the temple and the Massassi village. You will have to raise your head to see it, and stick to the wall to be within reach of your bump. Its symbol is a mask. 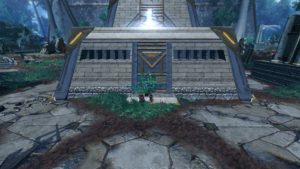 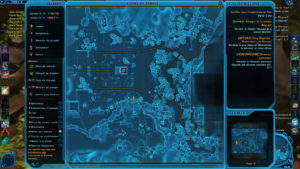 Real name Exar Kun, it is located near the ruins of the temple, in an undergrowth to the north. Naturally, its symbol is that of the Sith holocron (see the story of Exar Kun for the link). 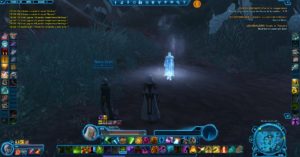 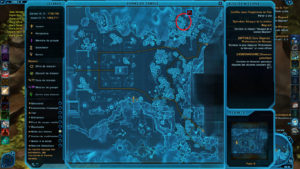 Speaking to each of the Sith Spirits will grant you, in addition to each individual achievement, an additional achievement named "Spokesperson for the dead"as well as the inheritance title of the same name.

They are five in number this time. Apart from one of them: the unknown talisman, they are each linked to a particular spirit of Force among the four above. Talismans are small clickable objects hidden all over the map. By interacting with one of them, you will be immobilized for a few seconds before being pushed back. By the way, if you had the buff "Echo de Force"given by the Sith spirit corresponds to the activated talisman, you will lose this buff to gain another one"Echo by TalismanOnce again, this buff is only useful for the World Boss and not for Achievements.

This talisman is located in the village of Massassi near the ruins of the temple. You will need to go to the central hut and you will find a stone tablet in a basket to the right of the front door. 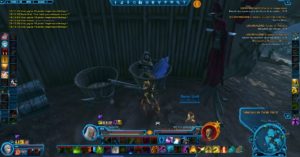 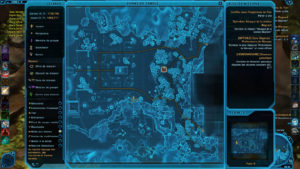 This one is recoverable in the North-East of the training ground, by going up the small slope towards the cave leading to the path of the ranger (imperial arrival area), you will find a small promontory on the left, there, hidden behind a little grass, lies the talisman of Marka Ragnos. 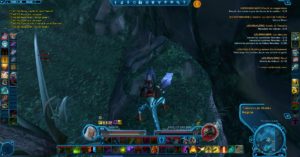 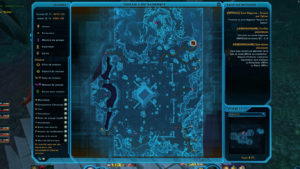 You will have to go to the path of the ranger (imperial arrival area) where you can find waterfalls south of this area. Between two waterfalls is a small fracture in the rock, it is there, in the water, that you will find the talisman of Naga Sadow. 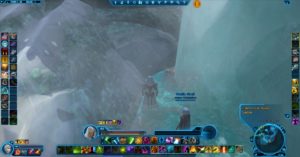 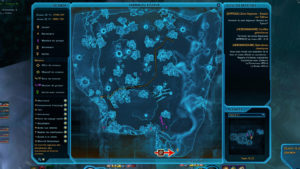 He is in the last area where you will not have looked for a talisman: the verdant swamp (Republican arrival area). Just south of the Republican camp, you will find a large stone head, on the right of the head you can climb on some dirt, and you will see a hollow, where a stone tablet awaits you to retrieve the last talisman of the spirits sith. 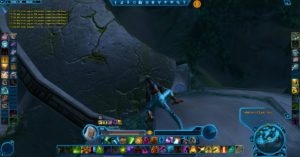 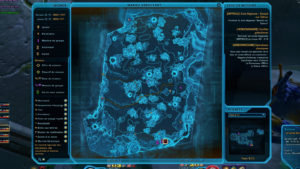 Talisman of the unknown

This one is a little different from the others, it does not grant a "Talisman Echo" buff but will summon the World Boss if you have all four buffs. If you only want to get the achievements, I advise you not to have all four talisman buffs when you click on this talisman.

It is located north of the training ground, in a dark forest which you can access by a small path to the east (see map below). You will find an altar containing a pile of skulls in the middle. In the center of the skull pile is a kind of armor which is the famous talisman. You may need to wiggle your camera slightly to be able to click on it. 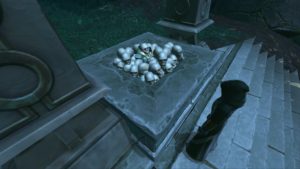 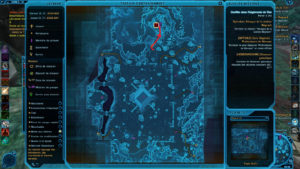 Collecting these five talismans will grant you success "Collector of talismans"as well as the inheritance title"Grave looter"(A pretty cool title, I personally find).

Once these achievements, as well as that of Commander Jenarian, there will still be 100 hidden achievement points that require you to kill the secret World Boss (see the guide dedicated to him).

Thank you to everyone who helped me make this guide, especially Jø'jø from MotF and Mustard from BM for sending information.

Trove - Appearance of Mantle of Power

Add a comment from SWTOR - 3.0: Ghosts on Yavin (Hidden Achievements)